NASA, the European Space Agency (ESA), and the Japan Aerospace Exploration Agency (JAXA) have joined forces to create the COVID-19 Earth Observation Dashboard. The web platform combines the collective scientific power of the agencies’ Earth-observing satellites to document changes in the environment and society in response to the pandemic.

The dashboard is a user-friendly tool to track changes in air and water quality, climate change, economic activity, and agriculture.

Air quality changes were among the first noticeable impacts of pandemic-related stay-at-home orders, and the resulting reductions in industrial activity, that could be tracked through satellite observations. Reductions in nitrogen dioxide (NO2) levels — primarily related to temporary reductions in the burning of fossil fuels — show up clearly in satellite data.

A preliminary analysis also indicates that planting (farming) activity dropped during the quarantines and lockdowns. For example, the cultivated area of white asparagus in Brandenburg, Germany, has been 20 to 30 percent lower this year, compared to 2019. More information on agricultural productivity changes will be added to the dashboard in the months to come.

Recent water quality changes have been reported in a few locations that typically have intense industry and tourism — activities that have decreased during the pandemic. Data on ship identification, construction activity, and nighttime lights (above) are featured on the dashboard to keep track of some of the economic ramifications of the virus.

Together, ESA, JAXA, and NASA will continue to add new observations to the dashboard in the coming months to see how these indicators change. Learn more in the NASA press release, the video below, or by exploring the dashboard.

Every month on Earth Matters, we offer a puzzling satellite image. The November 2019 puzzler is above. Your challenge is to use the comments section to tell us what we are looking at, where it is, and why it is interesting.

November 2019 puzzler is above. Your challenge is to use the comments section to tell us what we are looking at, where it is, and why it is interesting.

How to answer. You can use a few words or several paragraphs. You might simply tell us the location. Or you can dig deeper and explain what satellite and instrument produced the image, what spectral bands were used to create it, or what is compelling about some obscure feature in the image. If you think something is interesting or noteworthy, tell us about it.

The prize. We can’t offer prize money or a trip to Mars, but we can promise you credit and glory. Well, maybe just credit. Roughly one week after a puzzler image appears on this blog, we will post an annotated and captioned version as our Image of the Day. After we post the answer, we will acknowledge the first person to correctly identify the image at the bottom of this blog post. We also may recognize readers who offer the most interesting tidbits of information about the geological, meteorological, or human processes that have shaped the landscape. Please include your preferred name or alias with your comment. If you work for or attend an institution that you would like to recognize, please mention that as well.

Recent winners. If you’ve won the puzzler in the past few months or if you work in geospatial imaging, please hold your answer for at least a day to give less experienced readers a chance.

Releasing Comments. Savvy readers have solved some puzzlers after a few minutes. To give more people a chance, we may wait 24 to 48 hours before posting comments.

See our “A Burial Site Fit for an Emperor“ Image of the Day for the answer.

What Do Satellites Tell Us About Trees? 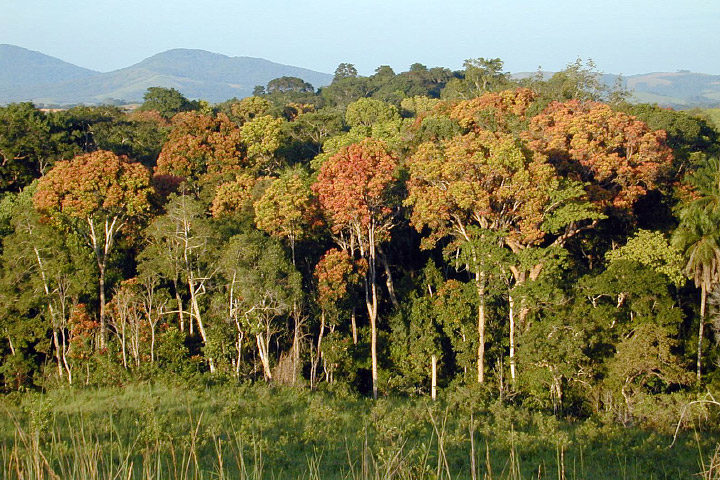 Tropical forests, such as those in Gabon, Africa, are an important reservoir of carbon. (Photography courtesy of Sassan Saatchi, NASA/JPL-Caltech.)

Old-growth forests are vital because they capture large amounts of carbon and provide homes to hundreds of species. In the Eastern United States, trees in these minimally disturbed ecosystems tend to be more than 120 years old.

Can satellites help pinpoint this “old-growth” and quantify its value? That was the question Joan Maloof posed to a group of researchers during a talk at NASA Goddard Space Flight Center in May 2017. As head of the Old-Growth Forest Network and a professor at Salisbury University, Maloof aims to identify stands of old-growth forests for conservation. A large part of her job involves explaining why these areas are important—something satellite data can help show.

As it turns out, satellites have already told us much about trees. A 2012 story from NASA Earth Observatory described some of the remote sensing methods researchers use:

Scientists have used a variety of methods to survey the world’s forests and their biomass. […] With satellites, they have collected regional and global measurements of the “greenness” of the land surface and assessed the presence or absence of vegetation, while looking for signals to distinguish trees from shrubs from ground cover.

In January 2017, a paper in Science Advances tracked intact forest landscapes between 2000 and 2013. (Intact forest landscapes were defined as areas larger than 500 square kilometers with no signs of human activity in Landsat imagery). This new research underscores the importance of such landscapes. The study’s authors identified several key findings:

For more information on trees and satellites, check out the NASA Earth Observatory feature, “Seeing Forests for the Trees and the Carbon:  Mapping the World’s Forests in Three Dimensions.” 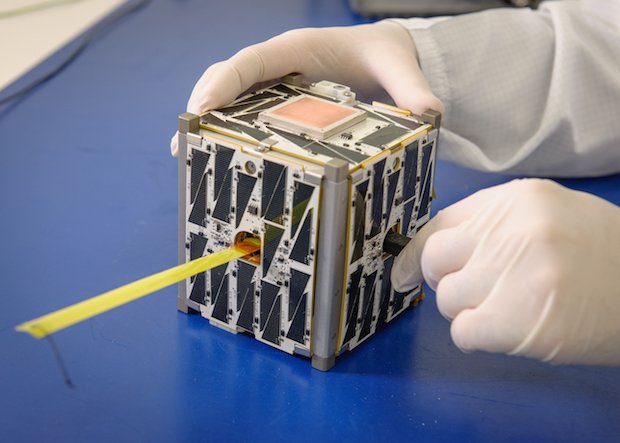 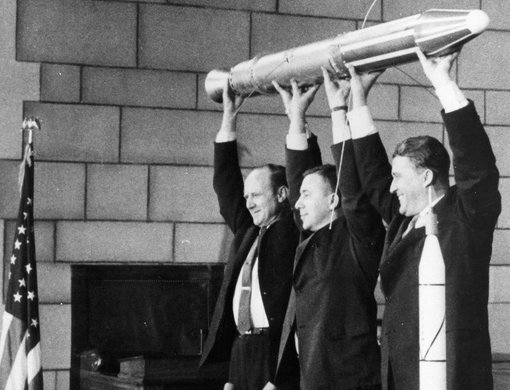