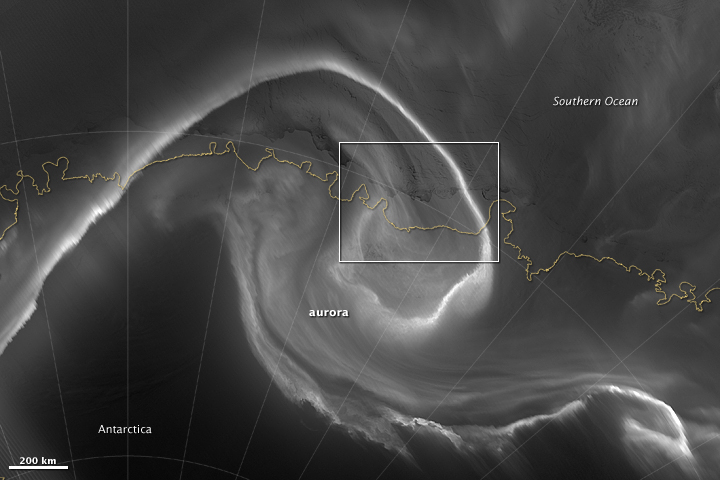 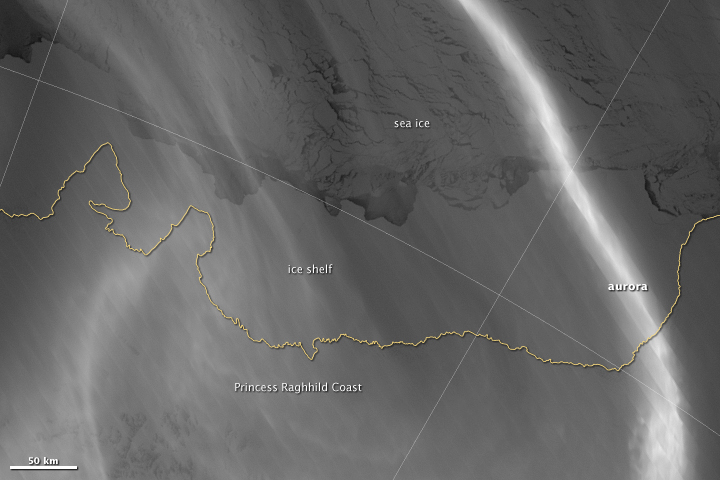 On July 15, 2012, the Visible Infrared Imaging Radiometer Suite (VIIRS) on the Suomi NPP satellite captured this nighttime view of the aurora australis, or “southern lights,” over Antarctica’s Queen Maud Land and the Princess Ragnhild Coast.

The image was captured by the VIIRS “day-night band,” which detects light in a range of wavelengths from green to near-infrared and uses filtering techniques to observe signals such as city lights, auroras, wildfires, and reflected moonlight. In the case of the image above, the sensor detected the visible auroral light emissions as energetic particles rained down from Earth’s magnetosphere and into the gases of the upper atmosphere. The slightly jagged appearance of the auroral lines is a function of the rapid dance of the energetic particles at the same time that the satellite is moving and the VIIRS sensor is scanning.

The yellow box in the top image depicts the area shown in the lower close-up image. Light from the aurora was bright enough to illuminate the ice edge between the ice shelf and the Southern Ocean. At the time, Antarctica was locked in midwinter darkness and the Moon was a waning crescent that provided little light.

NASA Earth Observatory image by Jesse Allen and Robert Simmon, using VIIRS Day-Night Band data from the Suomi National Polar-orbiting Partnership. Suomi NPP is the result of a partnership between NASA, the National Oceanic and Atmospheric Administration, and the Department of Defense. Caption by Mike Carlowicz. 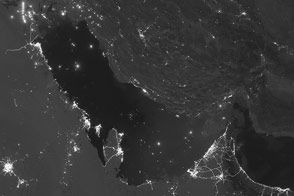 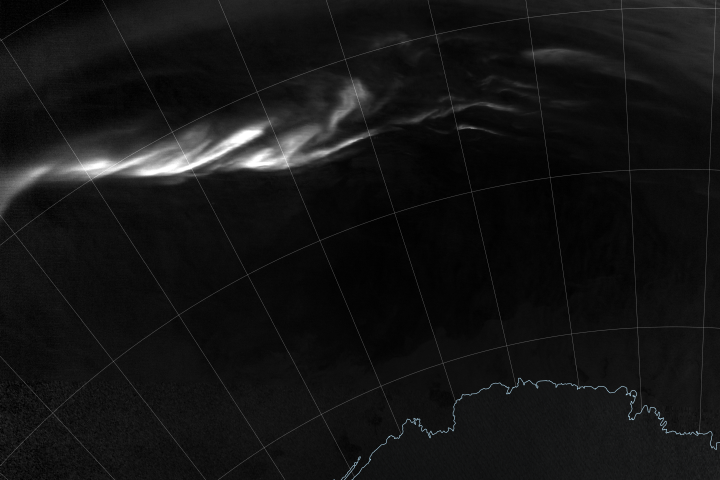