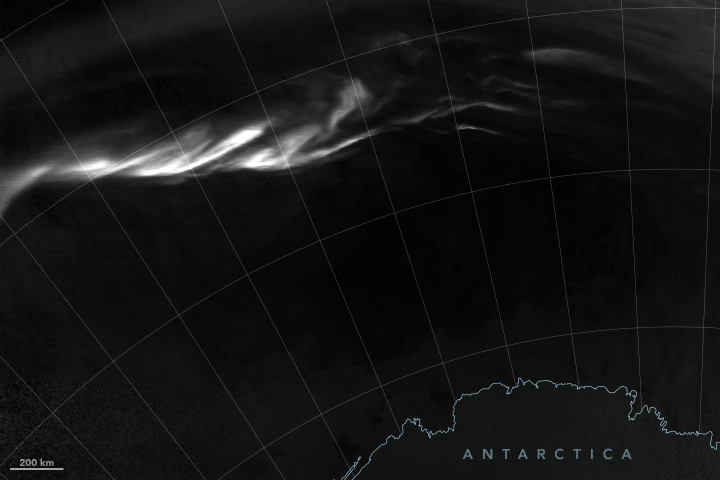 On July 14, 2020, the Visible Infrared Imaging Radiometer Suite (VIIRS) on the Suomi NPP satellite captured this nighttime view of the aurora australis, or the “southern lights,” over the Southern Ocean. The aurora was also observed in green, red, and magenta hues by observers at Scott Base on Ross Island. While auroras in Antarctica are no different from those in the Northern Hemisphere, they are generally less well-observed from the ground due to the small population in the remote region.

The image above was captured by the VIIRS “day-night band,” which detects light in a range of wavelengths from green to near-infrared and uses filtering techniques to observe signals such as city lights, auroras, wildfires, and reflected moonlight. In this case, the sensor detected the visible auroral light emissions as energetic particles rained down from Earth’s magnetosphere and into the gases of the upper atmosphere.