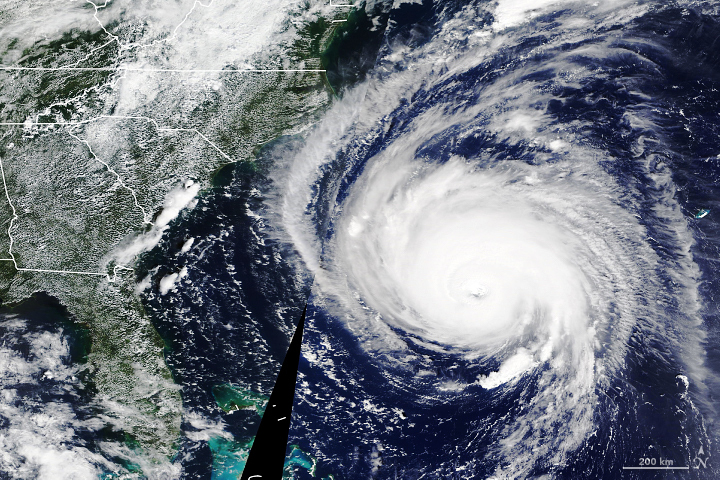 At 2 p.m. Eastern Daylight Time on September 12, the center of the storm was 435 miles (700 kilometers) southeast of Wilmington, North Carolina. The National Hurricane Center and U.S. Air Force reported sustained winds of 125 miles (205 kilometers) per hour, with a central pressure of 948 millibars. 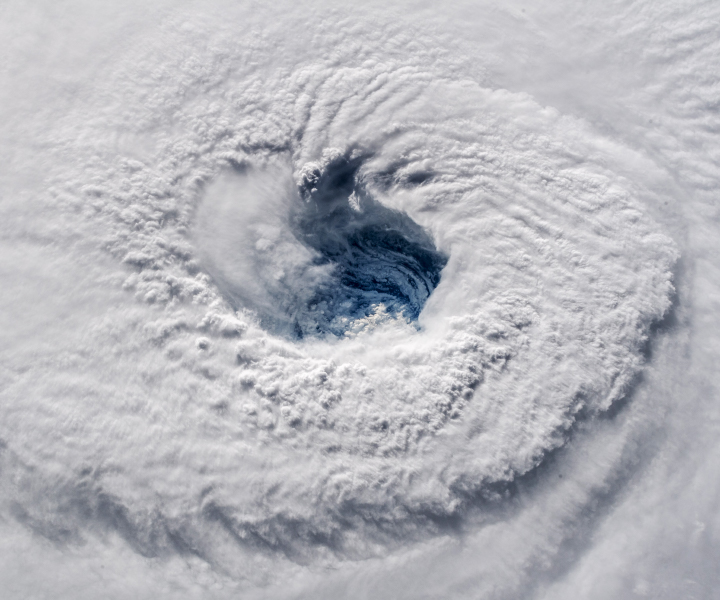 Early on September 12, astronaut Alex Gerst shot this photograph (above) of Florence’s eye as viewed from the International Space Station. He tweeted: “Ever stared down the gaping eye of a category 4 hurricane? It's chilling, even from space.” You can view more of Gerst’s photos in his flickr gallery. 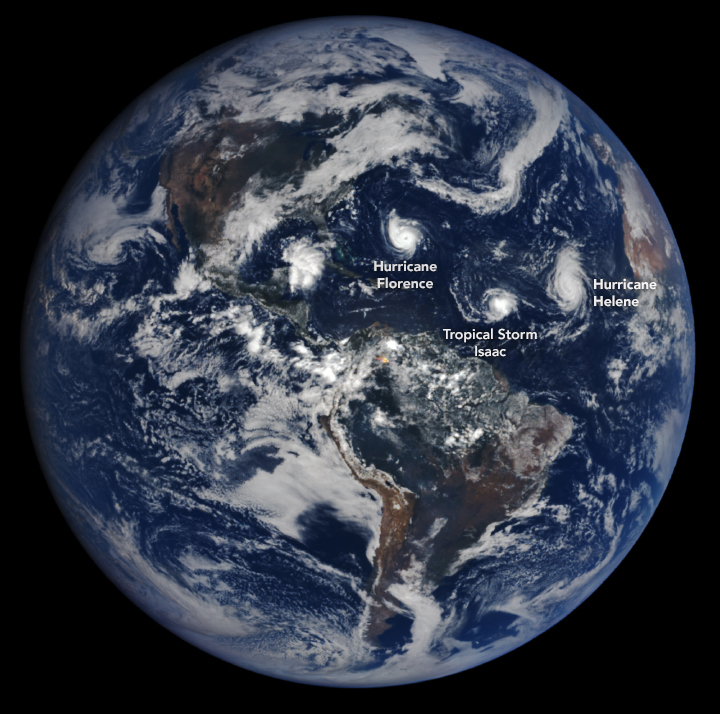 From a distance of 1.5 million kilometers (1 million miles) away NASA’s Earth Polychromatic Imaging Camera (EPIC) on the DSCOVR satellite acquired this natural-color view of Florence and two other storms marching across the Atlantic Ocean on September 11, 2018. Tropical Storm Isaac does not pack the punch of Florence, but it is expected to bring heavy rain and strong winds to Martinique, Dominica, Guadeloupe, and perhaps Puerto Rico. Hurricane Helene is a pretty strong storm that should churn up the North Atlantic for several days, but it is not expected to make landfall anywhere.

NASA’s Disasters Program has mobilized a team that will use NASA sensors to monitor soil moisture, soil saturation, and rainfall rates, among other conditions related to Hurricane Florence. During and after the storm, this team will produce and disseminate information about where satellites observe floods and other effects of the storm.

Click here to read more about the ocean conditions that are fueling the development of Hurricane Florence.