Earth Observatory is Part of the New Google Earth

On April 18, I had the opportunity to participate in the launch of the newest version of Google Earth, which now includes some collaboration with the NASA Earth Observatory. The Google Earth team even used two image collections from EO to highlight some of the functionality of their new product. 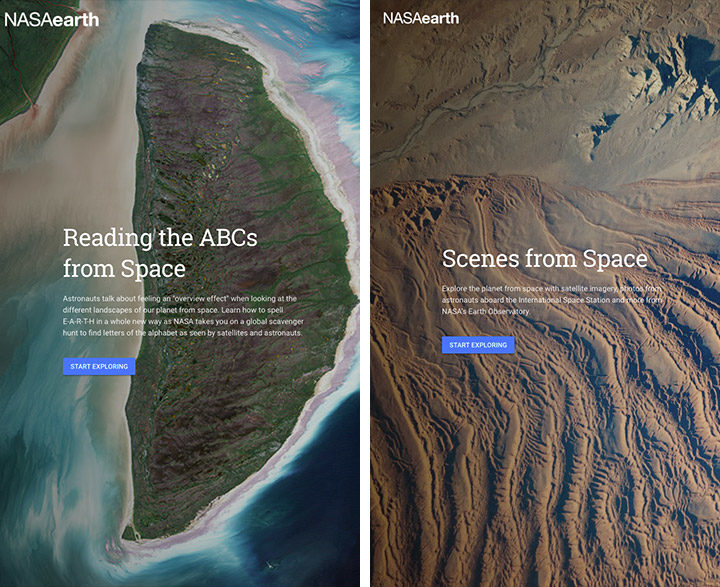 The first is Reading the ABCs from Space, which is a republishing of our planetary-scale scavenger hunt (which was partly built with assistance from our letter-hunting readers). The second collection is Scenes from Space, a curated selection of recent EO Images of the Day. The Scenes from Space collection will continue to be updated monthly by the Google Earth content team.

This launch event provided us with the opportunity to meet with media and other potential users of the 14,000 images and stories that have been produced by the Earth Observatory team since our establishment in 1999. We syndicate our content through a variety of different feed formats, and the Google Earth team will be utilizing those feeds to keep their NASA Earth content up to date. 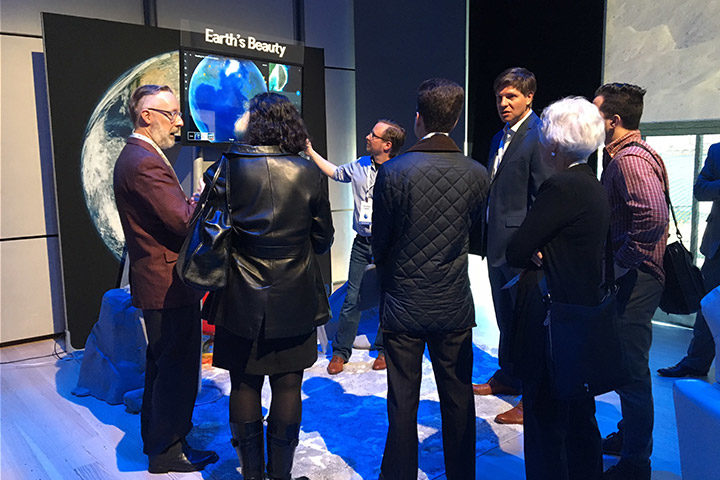 We hope that other users can use these feeds for their various applications, and if you are one of those users, please let us know what we can do to help you. The vast majority of our imagery and all of our stories are freely available without any license restrictions (though we hope that you will provide proper credit). Perhaps you might even consider the Earth Observatory as a resource for the upcoming NASA Space Apps Challenge. 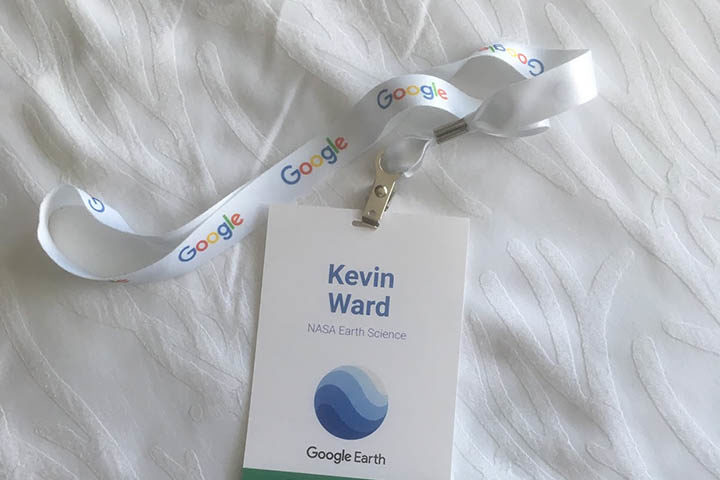 Help Us Make a Satellite Version of the ABCs

As a side project, I have been filing away images to make a satellite version of the ABCs. I have most letters now, but I could still use help tracking down good examples of B, G, F, K, and Z. Since I first posted about the search, there is a new browsing tool available — called Worldview — that I highly recommend. Once you navigate to the site, just make sure you have a MODIS true color layer (either Aqua or Terra) turned on, and you can quickly start browsing for cloud formations, dust storms, smoke plumes, and much more.

When you find a letter, click the permalink button on the upper right (it looks like two links of a chain), and then post the url in the comments section below. Another great place to look is the astronaut Earth from Space gallery curated by the Johnson Space Center. The “Earth-Human Interactions” section might be especially useful for finding the straight lines needed for an upper case F, K, or Z. Though I am still missing those five letters, feel free to send any you find. Perhaps you’ll find a better example than what I already have. Good luck and happy hunting!

As a preview, here is the C and the D that I have filed away. The C is an artificial island off the southern end of Bahrain Island. The D is a rotated view of Akimiski Island in Canada’s James Bay. 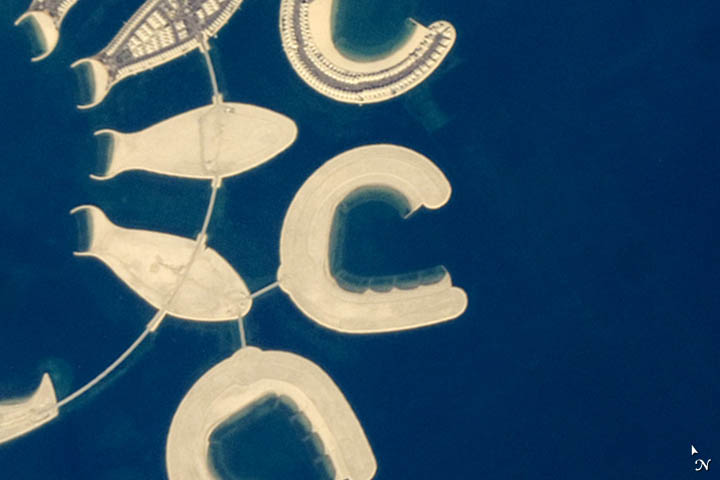 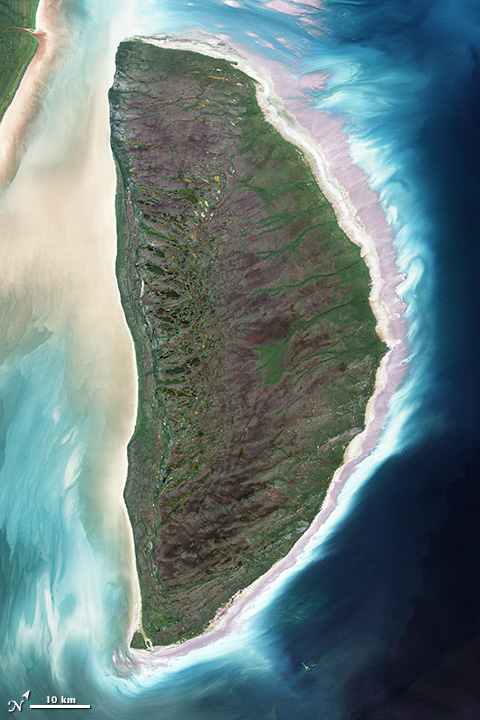 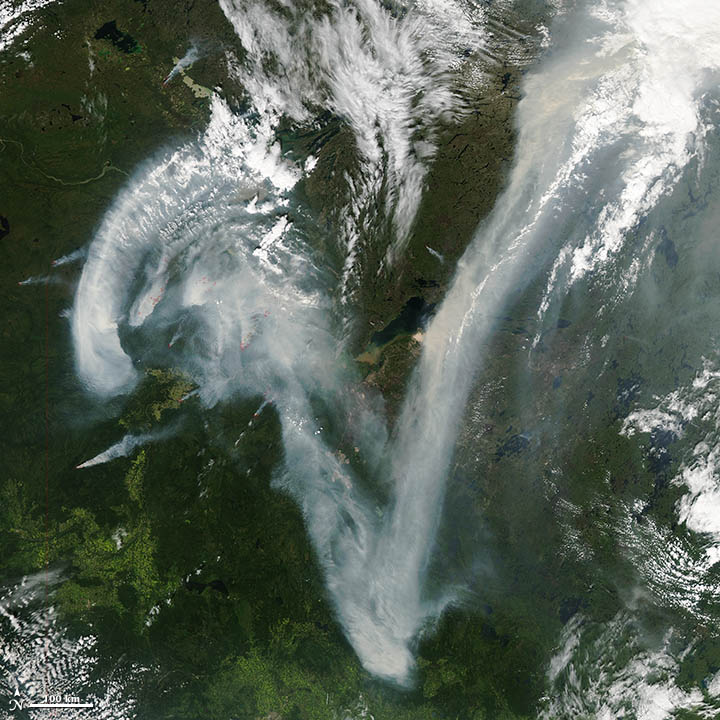