Starting this month, you can be part of a project to create more detailed satellite-based global maps of land cover by sharing photos of the world around you in a new NASA citizen science project. 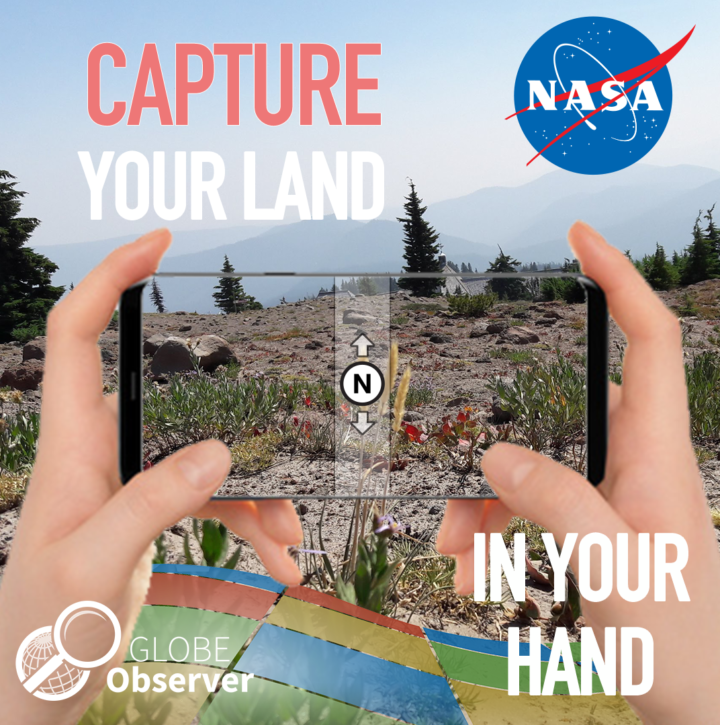 The project is a part of GLOBE Observer, a citizen science program that lets you contribute meaningful data to NASA and the science community. The GLOBE Observer app, introduced in 2016, includes a new “Land Cover: Adopt a Pixel” module that enables citizen scientists to photograph with their smartphones the landscape, identify the kinds of land cover they see (trees, grass, etc.), and then match their observations to satellite data. Users can also share their knowledge of the land and how it has changed.

“Adopt a Pixel” is designed to fill in details of the landscape that are too small for global land-mapping satellites to see.

“Even though land cover is familiar to everyone on the planet, the most detailed satellite-based maps of global land cover are still on the order of hundreds of meters per pixel. That means that a park in a city may be too small to show up on the global map,” says Peder Nelson, a land cover scientist at Oregon State University.

Holli Kohl, coordinator for the project says: “Citizen scientists will be contributing photographs focused on a 50-meter area in each direction, adding observations of an area up to about the size of a soccer field. This information is important because land cover is critical to many different processes on Earth and contributes to a community’s vulnerability to disasters like fire, floods or landslides.”

To kickstart the data collection, GLOBE Observer is challenging citizen scientists to map as much land as possible between Sept. 22, Public Lands Day, and Oct. 1, NASA’s 60th anniversary. The 10 citizen scientists who map the most land in this period will be recognized on social media and will receive a certificate of appreciation from GLOBE Observer.

The free GLOBE Observer app is available from Google Play or the App Store. Once you download the app, register, and open the Land Cover module, an interactive tutorial will teach you how to make land cover observations.

“We created GLOBE Observer Land Cover to be easy to use,” says Kohl. “You can simply take photos with your smartphone, submit them, and be done, if you like. But if you want to take it a step further, you can also classify the landscape in your photo and match it to satellite data.”

Scientists like Nelson anticipate using the photographs and associated information to contribute to more detailed land cover maps of Earth.

“Some parts of the world do have high spatial resolution maps of land cover, but these maps do not exist for every place, and the maps are not always comparable. Efforts like GLOBE Observer Land Cover can fill in local gaps, and contribute to consistent global maps,” says Allison Leidner, GLOBE program manager at NASA Headquarters in Washington.

Changes in land cover matter because land cover can alter temperatures and rainfall patterns. Land cover influences the way water flows or is absorbed, potentially leading to floods or landslides. Some types of land cover absorb carbon from the atmosphere, and when subject to changes, such as a forest burned in a wildfire, result in more carbon entering the atmosphere. Improved land cover maps will provide a better baseline to study all of these factors at both global and local scales, particularly as scientists integrate improved land cover maps into global models.

The data aren’t just for scientists. “Everyone will have access to this data to understand local change,” says Nelson. Citizen scientists who participate will be creating their own local land cover map. The data will be available to anyone through the GLOBE web site.

This entry was posted on Thursday, September 13th, 2018 at 12:30 pm and is filed under Earth Indicator. You can follow any responses to this entry through the RSS 2.0 feed. Both comments and pings are currently closed.