An Optimistic View For Earth Day 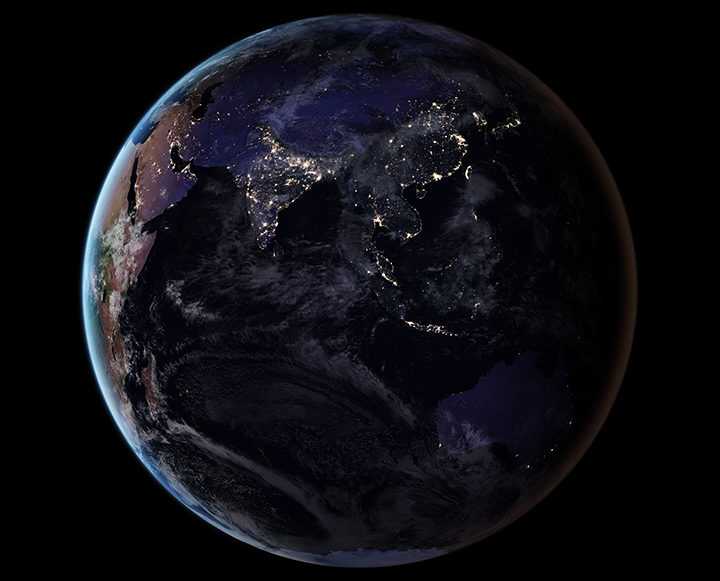 As we arrive at Earth Day 2017, reporting on Earth science can sometimes feel like a gloomy affair. Global temperatures are at record highs. Arctic sea ice is in pretty bad shape. Bleaching events are taking a toll on coral reefs. And as an interesting article in EOS recently noted, humanity is affecting the very shape of Earth’s surface in unprecedented ways.

“We have altered flood patterns, created barriers to runoff and erosion, funneled sedimentation into specific areas, flattened mountains, piled hills, dredged land from the sea, and even triggered seismic activity,” the authors wrote. (Read our stories about land reclamation in China, mining in Canada, gas and oil infrastructure in Texas, the growing Wax Lake Delta in Louisiana, and the retreat of the Aral Sea to see changes of this nature.)

In spite of the challenges in a changing world, there are reasons to be optimistic. The world has come together to confront global problems before. Levels of protective ozone are stabilizing because of the Montreal Protocol. In the United States and Europe, better technology and regulations have led to drastic reductions in air pollutants such as sulfur dioxide and nitrogen dioxide. There are signs that efforts to clean up the Chesapeake Bay are making a difference. 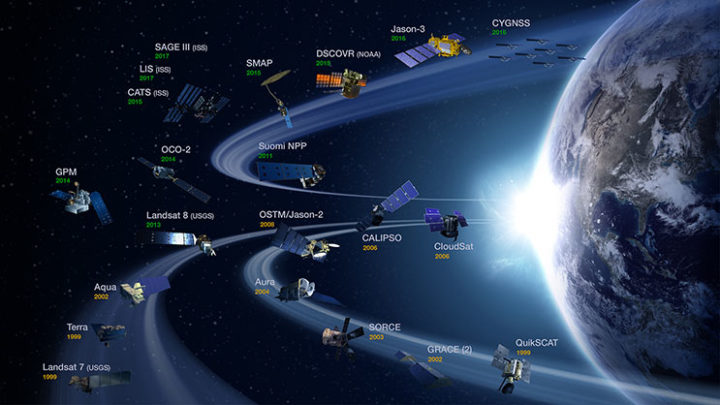 Some of the environmental challenges we face are daunting and can seem intractable, but there are some good reasons to feel reassured by the tools and expertise that the scientific community brings to the table. Americans live in a country where the number of deaths due to hurricanes, landslides, floods, droughts, tornadoes, blizzards, and other weather hazards have plummeted over the past century, and that is largely due to better understanding and to appropriate hazards warning systems that Earth scientists have developed.

Computers and instruments that used to take up whole rooms now fit snugly onto autonomous aircraft, satellites, and robots. At this moment, 1,459 satellites orbit Earth—including 19 that are part of the NASA fleet keeping a watchful eye on this dynamic, fragile planet. The authors of the EOS article note that a unified, global, high-resolution 3-D map of the human fingerprint on Earth is within reach due to the remarkable lidar instruments, aerial photogrammetry, and satellite observations that are now available.

NASA invites people around the world to help us celebrate Earth Day 2017 by “adopting” one of 64,000 individual pieces of Earth as seen from space. Learn more. (Image Credit: NASA)

To get a sense of the sophistication and breadth of the information satellites now collect, just navigate to your home town with NASA’s Worldview browser or take a look at the Earth Observations (NEO) data archive. You will find information on everything from plant health to particulate aerosol levels to fires to city lights.

As you look, keep in mind that NASA isn’t just collecting that data for data’s sake. The Applied Sciences program is focused on making that data useful to citizens, resource managers, and civic planners in ways that make life better here on Earth. So if you plan to celebrate Earth Day by cleaning up trash in your neighborhood or adopting a piece of the planet with NASA, rest assured that you are not alone in working to make the planet just a little bit more livable.

This entry was posted on Friday, April 21st, 2017 at 1:25 pm and is filed under NASA News, Uncategorized. You can follow any responses to this entry through the RSS 2.0 feed. Both comments and pings are currently closed.