Aerial Views of the Landslide in Oso, Washington 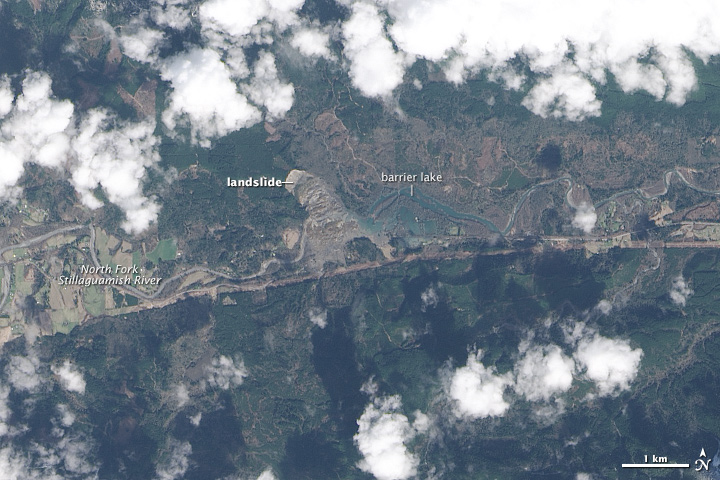 On March 25, 2014, we published this nadir view of debris and a barrier lake created by a major landslide near Oso, Washington; the image was acquired by the Landsat 8 satellite on March 23. While top-down satellite views are Earth Observatory’s specialty, such images can be challenging to interpret because of how foreign the scale and topography appear from above as compared to how we normally see the world from the ground. To help make the nadir perspective more intuitive, I try to share matching aerial or ground photography when it is available. The set of images below, originally published by the office of Washington State Governor Jay Inslee, was taken during an aerial survey on the same day that Landsat 8 acquired its image. For more photographs of the landslide, visit Inslee’s Flickr page. 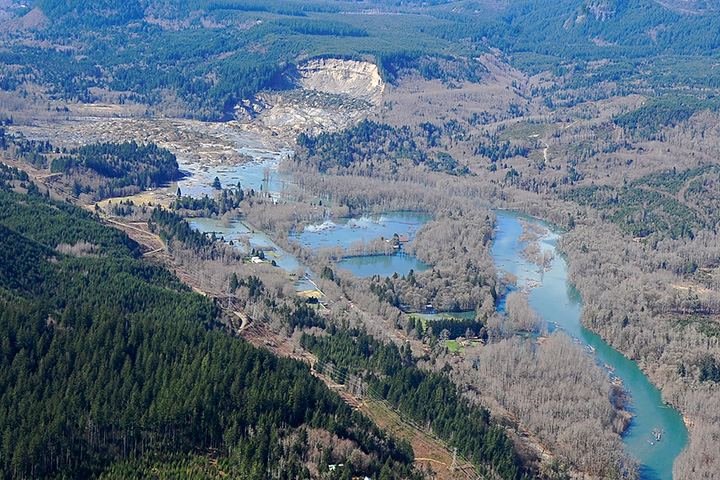 This entry was posted on Wednesday, March 26th, 2014 at 5:27 pm and is filed under Uncategorized. You can follow any responses to this entry through the RSS 2.0 feed. Both comments and pings are currently closed.

18 Responses to “Aerial Views of the Landslide in Oso, Washington”