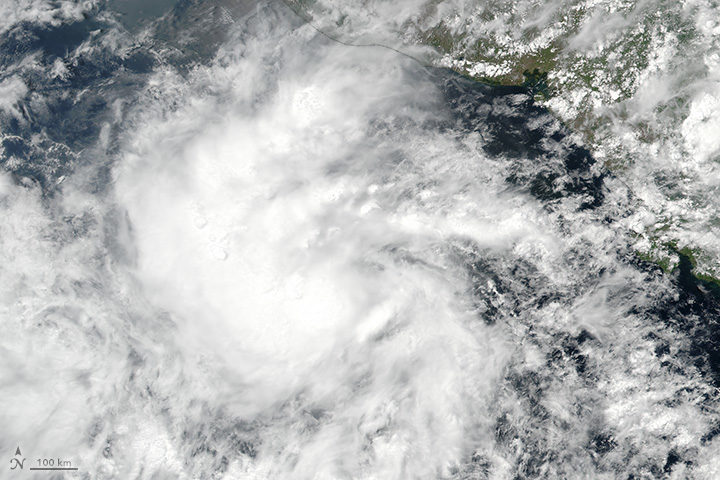 On May 9, 2017, the Visible Infrared Imaging Radiometer Suite (VIIRS) on the Suomi NPP satellite captured this image of a tropical depression off Central America. Later that day, the storm became Tropical Storm Adrian. The storm was not very well organized, as evidenced by its amorphous appearance. Despite warmer-than-average ocean surface temperatures, wind shear would keep the storm from strengthening into a hurricane.

But it wasn’t the storm’s strength that was worth noting; it was its timing. Adrian earned the title of “earliest tropical storm to form in the East Pacific” since reliable records began in 1970. It takes the top spot from Tropical Storm Alma, which formed on May 12, 1990. Read more about Adrian on the Weather Underground Category 6 blog here and here.

This entry was posted on Friday, May 12th, 2017 at 9:23 pm and is filed under Storms. You can follow any responses to this entry through the RSS 2.0 feed. Both comments and pings are currently closed.