Here’s a roundup of some of the latest Earth science news from NASA.

ANATOMY OF A TSUNAMI

When it comes to generating a tsunami, it’s not just the vertical movement of the seafloor that matters. Research performed in a giant tank showed that horizontal movement also contributes to the formation and strength of these potentially destructive waves. See the wave tank in the video below, and read more about the research here.

SPRING IS FOR FIELDWORK

Spring in the northern hemisphere can be a good time to hit the field for some ground- and air-based research. Among the myriad projects, NASA scientists are collecting atmospheric data atop a volcano in Hawaii and over the Mid-Atlantic area, and continuing airborne surveys of snow and ice over Earth’s arctic regions.

THE SKINNY ON GREENLAND’S THINNING GLACIERS

NASA data contributed to a study led by University of Texas researchers, which shows that the amount of ice lost by glaciers in Greenland depends on their shape. They found that the thick, wide parts of glaciers lose ice more easily than the thin, steep portions. Read more here.

And last but not least, check out this image from Landsat 8 posted to Twitter by @andrewmiskelly. The scene shows a “solitary contrail” over western Queensland, Australia. 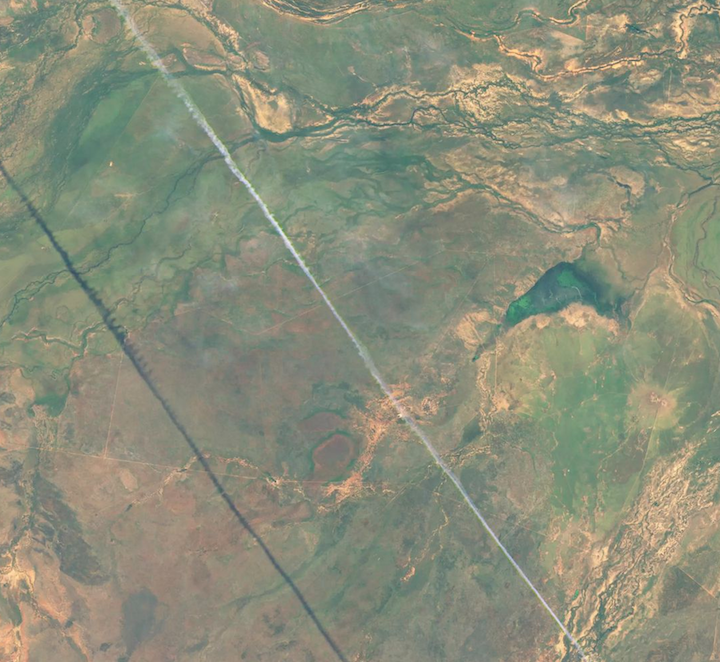 This entry was posted on Wednesday, May 3rd, 2017 at 4:48 pm and is filed under News Roundup. You can follow any responses to this entry through the RSS 2.0 feed. Both comments and pings are currently closed.