On March 17, 2002, two small satellites (nicknamed Tom and Jerry) blasted off from the Plesetsk Cosmodrome in northern Russia. In the 15 years since, there is nothing funny about what this pair has accomplished. In fact, as my colleague Carol Rasmussen noted, revolutionary is more often the word used when scientists describe the Gravity Recovery and Climate Experiment (GRACE).

By measuring Earth’s gravity field, the satellites have pioneered a whole new way of monitoring water. The details of what this pair has observed has been eye-opening. Among the most sobering of GRACE’s many discoveries:

In cat years, Tom and Jerry are nearing 75. To celebrate their longevity, give a read of this excellent overview story written by Holli Riebeek of the Earth Observatory and this list of all the GRACE press announcements from the Jet Propulsion Laboratory. Below are a few of my favorite videos and data visualizations about the mission.

The American Museum of Natural History video offers a quick overview. The State Department video is longer and wonkier, but has some really interesting details. And the 60 Minutes clip (part of this longer episode) is a reminder that NASA studies earth science in a way that few other organizations can. Click on each of the maps below to find out more about them.

Basins shown in shades of brown have had more water extracted than could be naturally replenished. 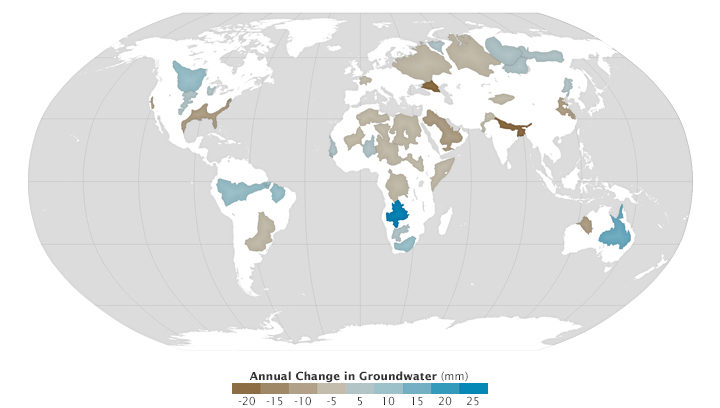 The freshwater storage rate in the United States changed between 2003-2012. Red areas stored less groundwater during that period. 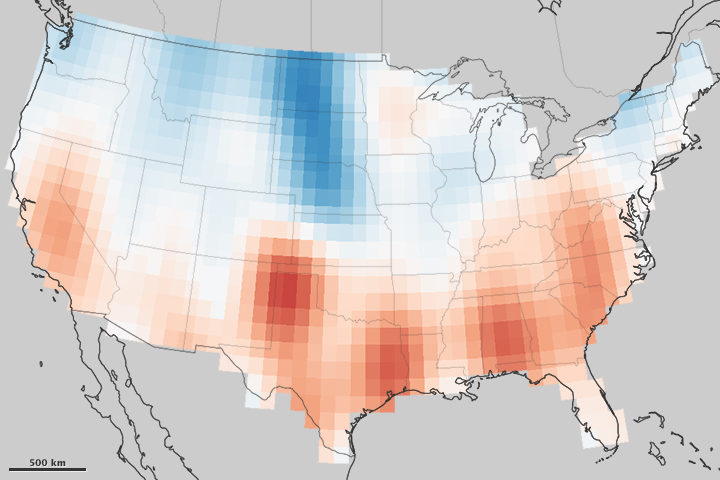 Water masses move around the planet throughout the year. Blues indicate increases above the normal water storage for an area. Browns indicate decreases.

This entry was posted on Thursday, March 23rd, 2017 at 8:00 am and is filed under NASA News, News Roundup. You can follow any responses to this entry through the RSS 2.0 feed. Both comments and pings are currently closed.

2 Responses to “Thank You, GRACE”