Is That The Best You Can Do?

Regular readers of our site may have noticed our recent piece on the Antarctic Peninsula. That Aqua MODIS shot was made possible by a weather pattern that brings clearer skies to the peninsula in January or February most years. You can see the same pattern in finer detail with a mosaic of Landsat scenes from early 2016.

But that was last year: what are things like this year? 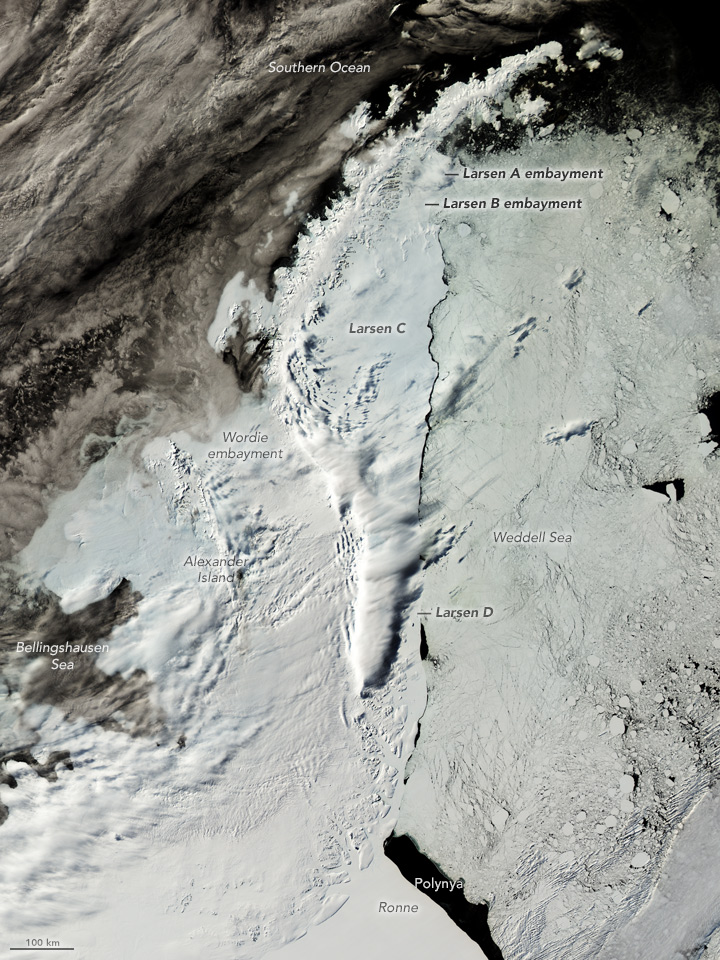 Here’s the best shot of the peninsula this year during the “clear skies” season. It comes from the Aqua MODIS instrument and was acquired on February 7, 2017.

You can quickly see that it is not as clear as the best view from early 2016. The western side of the Peninsula and its neighboring islands are clouded in. On the other side, there’s a clearer edge to the eastern ice shelves because the wind has been blowing the loose sea ice in the Weddell Sea away from the coast, leaving a narrow gap of open water along the edges of the shelves. The distinction between the Larsen C and D shelves and the sea ice is much more clear than it was last year. 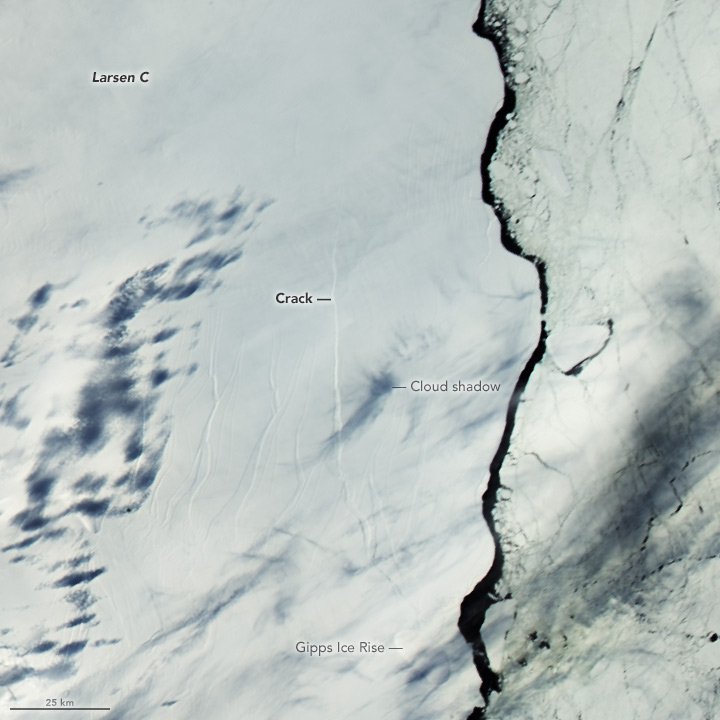 In a closer view, you can also see the crack in the Larsen C ice shelf.  In August 2016, the crack extended from the Gipps Ice Rise northward for 130 kilometers (80 miles), and the crack has continued to grow since.

This entry was posted on Thursday, March 2nd, 2017 at 4:30 pm and is filed under Natural Hazards. You can follow any responses to this entry through the RSS 2.0 feed. Both comments and pings are currently closed.

2 Responses to “Is That The Best You Can Do?”