Scientists involved in the Minute 319 “pulse flow” say the effort has achieved its main objective: delivering water to special ecological restoration zones along the Colorado River. While cottonwood and willows have retreated from most areas due to a lack of water, conservation groups including the Sonoran Institute and Pronatura Noroeste have been working to revive ecosystems in areas where there is good soil and perhaps enough groundwater and farm runoff to support forests.

At the Laguna Cori, Laguna Grande, and CILA sites, for instance, the Sonoran Institute has been planting saplings, removing invasive plants, and grooming the landscape to make it more likely for trees to germinate. On April 16, 2014, the Operational Land Imager (OLI) on Landsat 8 observed water from the pulse flow replenishing wetlands in these area with water. For comparison, the lower image was acquired on March 31, 2014. The aerial image at the top of the page, first published by the Sonoran Institute, shows the Laguna Granda ecological zone inundated with water on April 14, 2014. 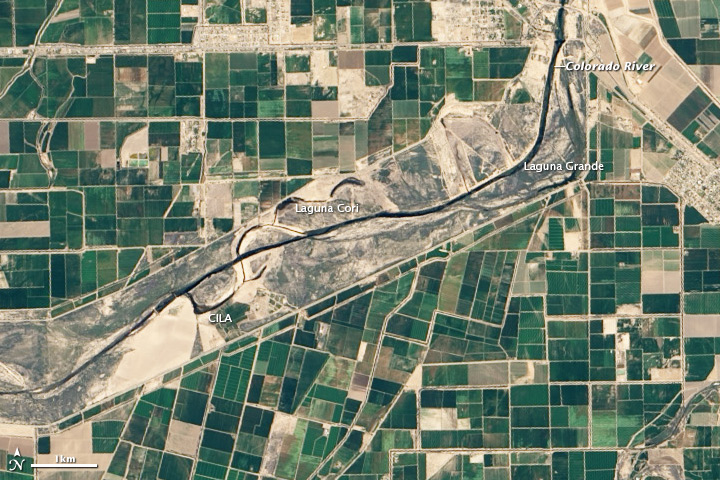 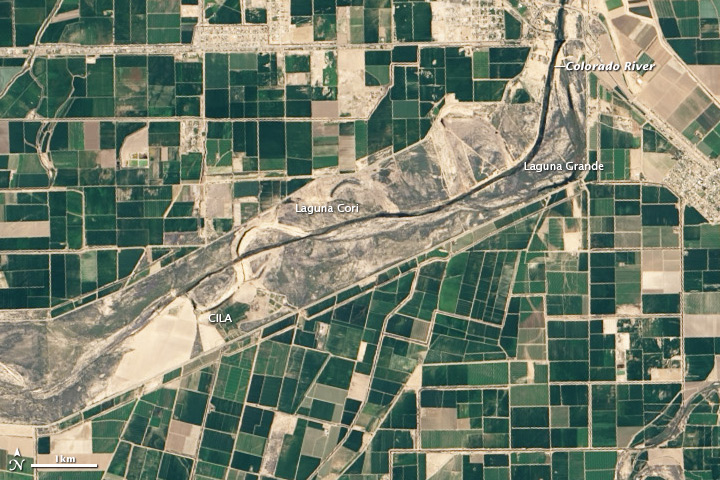 While greening is not yet visible to Landsat 8, the effects of the pulse flow are visible at ground level. On April 29, the Sonoran Institute began tweeting some of the first images of tree seeds germinating in response to the flow.

To learn more about the pulse flow, read Restoring a Pulse to the Lower Colorado and A River Renewed.

This entry was posted on Wednesday, April 30th, 2014 at 6:08 pm and is filed under Uncategorized. You can follow any responses to this entry through the RSS 2.0 feed. Both comments and pings are currently closed.