Question from Facebook: What Controls the Thickness of a Storm’s Dust?

We recently posted an image of a dust storm in the Middle East (see below) that prompted one of our Facebook followers to ask why the dust is thicker near the left part of the image than the right. He wondered if the layer of dust is usually thickest near the origin of dust storms.

I contacted Ralph Kahn, an atmospheric scientist at NASA Goddard who specializes in studying dust and other types of aerosols for an answer. Kahn quickly emailed back with a detailed explanation. At the end of his note, he even managed to toss in a reference to dust storms on Mars. Kahn’s full note (in italics and with imagery added) is below.

“The thickness of dust in the atmosphere depends on several factors. In simple situations, there are discrete sources, and a wind that blows steadily in one direction. In this case, you get a relatively thick plume near-source that eventually thins and dissipates downwind, as the plume broadens, and as some of the dust settles out of the atmosphere. An example of this on the Earth Observatory is here (see the image below).

Dust storm in the Saharan Desert. Image acquired by MODIS. Click on it for more details.

It is slightly more complex when the source is an extended area, and the wind still blows steadily in one direction. In this case, you can get a relatively thick plume near-source that again thins and dissipates downwind, but not so uniformly. Examples of this on the Earth Observatory are here, here, and here (see the three images below).

Here there is structure in the plumes, as there are multiple sources within the source regions whose plumes tend to merge, and some are more productive than others, which could be due to differences in the surface and/or in the near-surface wind. Moving downwind, there is some structure in the wind as well, most likely due to wind shear (different wind speeds at different elevations). 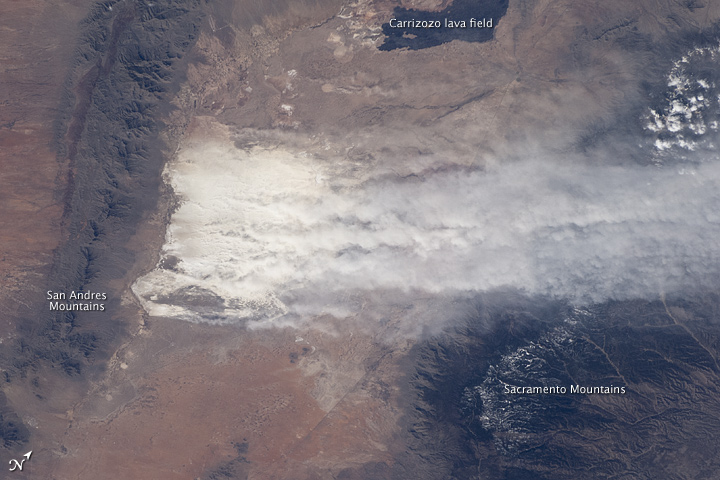 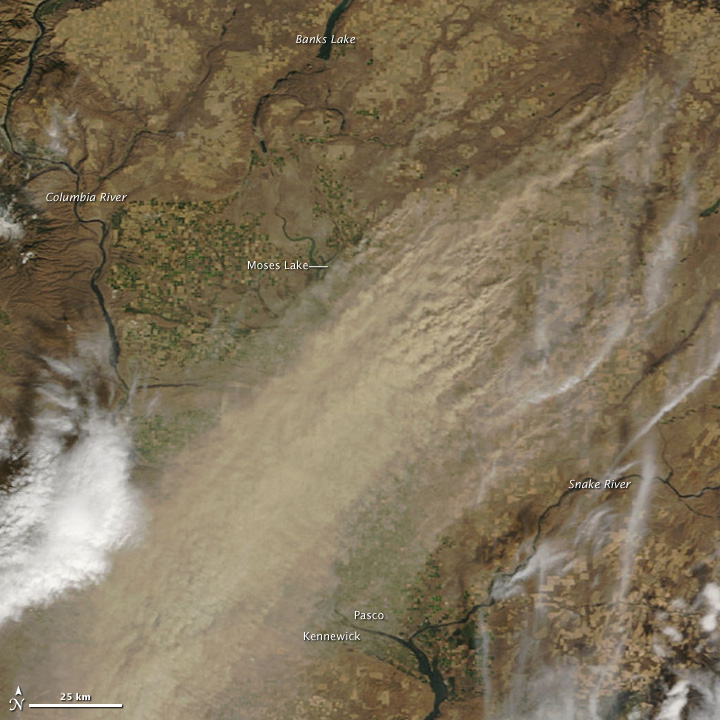 Dust storm in Washington. Image acquired by MODIS. Click on it for more details. 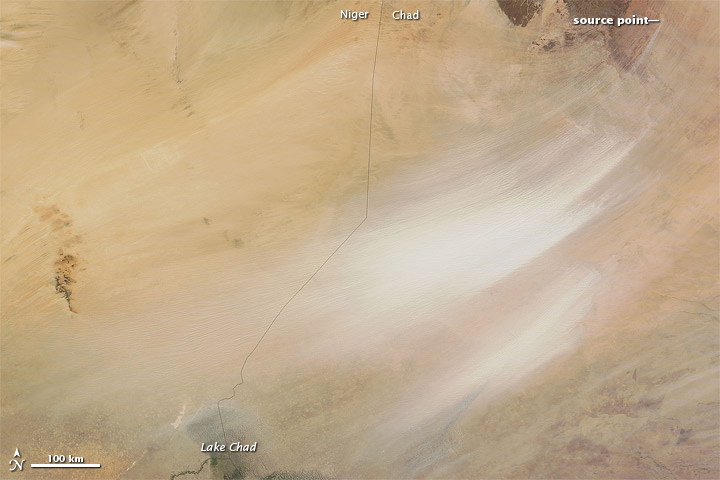 Combining multiple sources, changes in the near-surface wind speed and direction at some sources over time, differences in the speed or direction of the wind carrying the dust after it is lifted (which can occur at different *elevations* as well as different horizontal locations) and different rates of settling, any number of patterns can arise. (Note: Kahn gave us five examples, but I only included these two.  You can view the other three here, here, and here.) 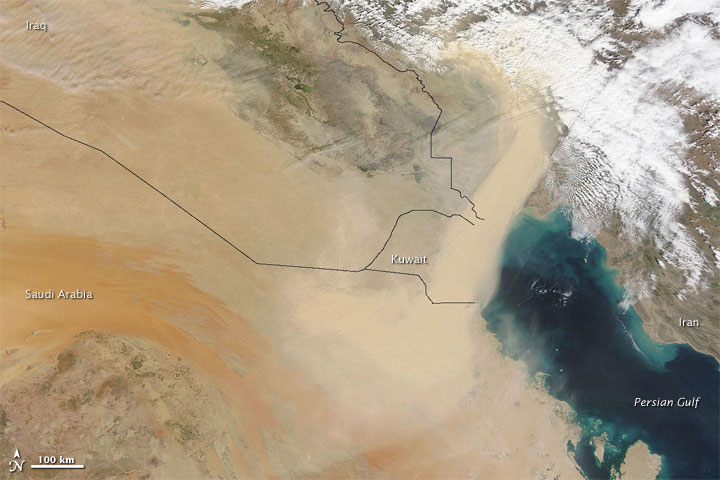 Dust storm in Kuwait. Image acquired by MODIS. Click on it for more details.

And sometimes dust heats up in the atmosphere, and actually convects, creating cumulus-like plumes. This is common on Mars, but can also occur on Earth. 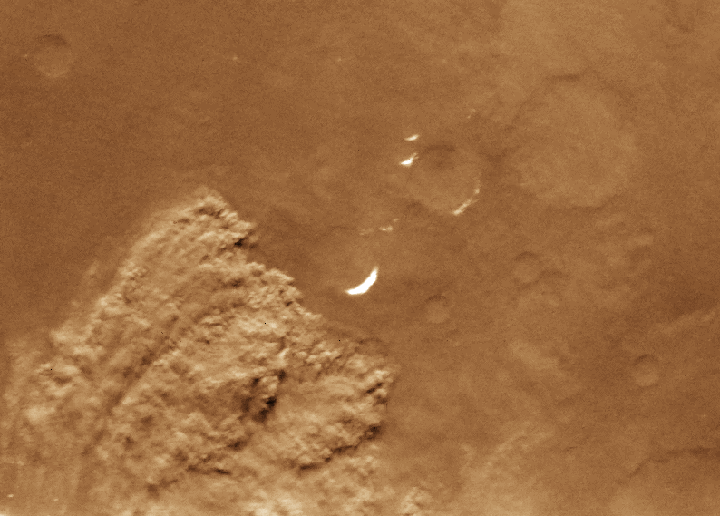 Dust storm on Mars. Image from the National Optical Astronomy Observatory, Association of Universities for Research in Astronomy, and the National Science Foundation. Click on it for more details.

Dust storm on Mars. Image from NASA JPL. Click on it for more details. 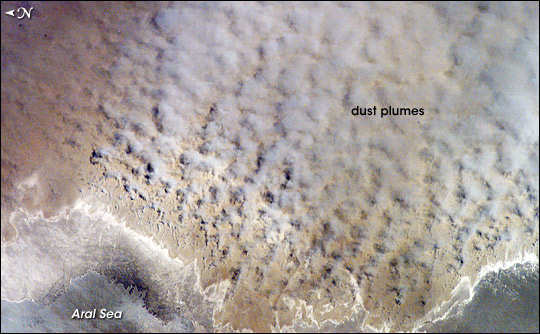 This entry was posted on Monday, May 21st, 2012 at 5:39 pm and is filed under Uncategorized. You can follow any responses to this entry through the RSS 2.0 feed. Both comments and pings are currently closed.

4 Responses to “Question from Facebook: What Controls the Thickness of a Storm’s Dust?”