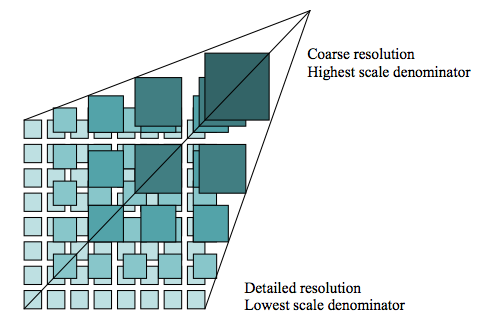 Checking in and checking out of spring break

The past few weeks have been rough on Earth-observing satellites. (The past decade hasn’t been great either.) But there was some good news and some engineering prowess to go along with the troubles.

On April 8, 2012, the European Space Agency’s Envisat suffered a permanent loss of communications for reasons that engineers have been unable to figure out so far. The failure came just a few weeks after the satellite celebrated its 10th anniversary.

The Thematic Mapper — the primary natural-color imager on America’s venerable Landsat 5 satellite — officially ended regular operations on May 8, following several months of operator attempts to revive it. TM collected images for 27 years, and several hundred of them are part of our Earth Observatory archives. Landsat controllers are happy, however, to be collecting data once again from the Multispectral Scanner (MSS) on Landsat 5, an instrument that had not worked for nearly a decade. The next generation of Landsat is scheduled for launch in 2013.

NASA’s Earth Observer 1 (EO-1) satellite also broke off regular operations and went into a “safe mode” in April. But in that case, there is happier news.

EO-1 halted operations after experiencing a low battery charge. Like almost all satellites in earth orbit, EO-1 uses solar panels to generate electricity for its systems and to charge its batteries for orbits on the night side of Earth. Think of it like a mobile telephone that runs until the battery is low and then needs to be recharged. Except EO-1 gets drained and recharged and drained 14 times a day. Every day for the past decade.

The satellite also gets bombarded by space radiation, particularly while passing through the South Atlantic Anomaly, where electrically charged particles trapped by the Earth’s magnetic field graze deeper into the atmosphere than in other spots. The satellite also endures cycles of heating in direct sunlight and freezing in the shade…over and over again.

Low-Earth orbiting satellites like EO-1 are built to endure these cycles of charge and discharge, hot and cold, light and dark, radiation bombardment and calm vacuums. But it’s always a little amazing to think about how many variables those satellites are designed to survive.

After a few weeks of sleepless nights and long days, the NASA team was able to coax EO-1 back into operations by resetting everything on the satellite and reloading all of the flight and operations software. Think of it like reseting your computer by unplugging it and turning it back on. Granted, it’s a lot more complicated, and mission engineers had to be very sure they understood why the problem happened so it didn’t happen again right after the reset.

EO-1 has been back in operations for several weeks since its two week spring break. The “first/return to light” image above shows Christchurch, New Zealand, as viewed by the Advanced Land Imager (which was actually designed to test technologies for the next generation of Landsats). The satellite appears to be back in good health, but you can read more about the anomaly on the EO-1 satellite page. (Look for the document “EO-1 Safehold Anomaly 2012:097:23:59 2012:111:23:59” near the bottom of the page. If that seems cryptic, it’s an indication of the time of the anomaly: just shy of midnight on day 97 of 2012 (April 6) to day 111 (April 20)).