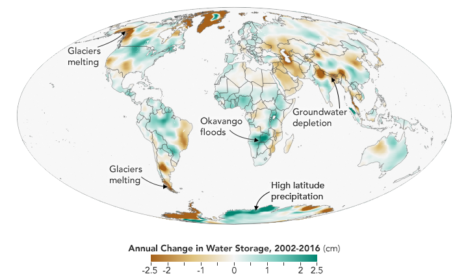 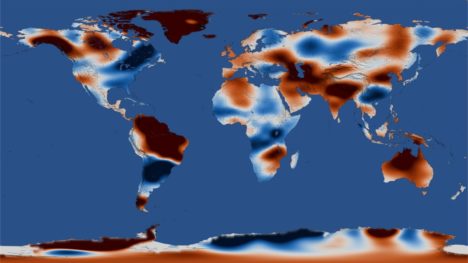 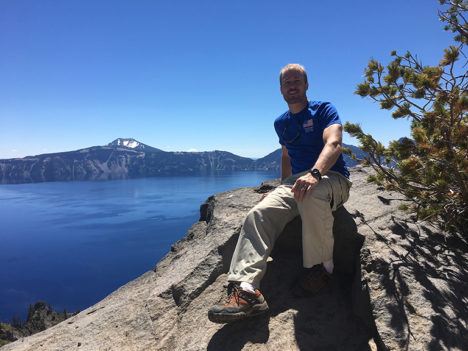 Between Extremes: California Rises from Drought

A June snowstorm just topped off the already thick layer of white stuff atop the Sierra Nevadas. California’s snow water equivalent rose to a heaping 170 percent of normal. But not so long ago, the state was in the midst of a deep drought; its mountains were bare and brown, and water levels plummeted in reservoirs.

Throughout, satellites were watching. Check out the California drought and its aftermath in a video from NASA Earth Observatory:

A record 25,000 researchers and exhibitors descended on San Francisco this week for the 2014 meeting of the American Geophysical Union (AGU). That number of attendees translates to a tremendous amount of Earth science being discussed via presentations and posters, and we can’t possibly cover it all in this blog. Fortunately, this buzz word graphic posted by @AGU_Eos helped us sort what attendees are talking about, at least on twitter at #AGU14.

Drought was certainly a hot topic, particularly California’s multi-year episode. NASA scientists announced at a press briefing that it would take about 11 trillion gallons of water (42 cubic kilometers)—or 1.5 times the maximum volume of the largest U.S. reservoir—to recover from the current drought. The calculation, based on data from the Gravity Recovery and Climate Experiment (GRACE) satellites, is the first of its kind. Read the full story here.

The buzz word “ice” probably stems from the abundance of research on Greenland that was presented on December 15. Scientists using ground-based and airborne radar instruments found that liquid water can now persist throughout the year on the perimeter of the ice sheet; it might help kick off melting in the spring and summer. Read more about those studies here. Look, too, at this new study that used satellite data to get a better picture of how the ice sheet is losing mass.

And finally, take a minute to browse some of the cool photos presented by Anders Bjørk of the Natural History Museum of Denmark, which included the portrait of Arctic explorers (below) and this image pair demonstrating glacial retreat in Greenland.