What Caused Twin Mega-Avalanches in Tibet?

In July 2016, the lower portion of a valley glacier in the Aru Range of Tibet detached and barreled into a nearby valley, killing nine people and hundreds of animals. The huge avalanche, one of the largest scientists had ever seen, sent a tongue of debris spreading across 9 square kilometers (3 square miles). With debris reaching speeds of 140 kilometers (90 miles) per hour, the avalanche was remarkably fast for its size. 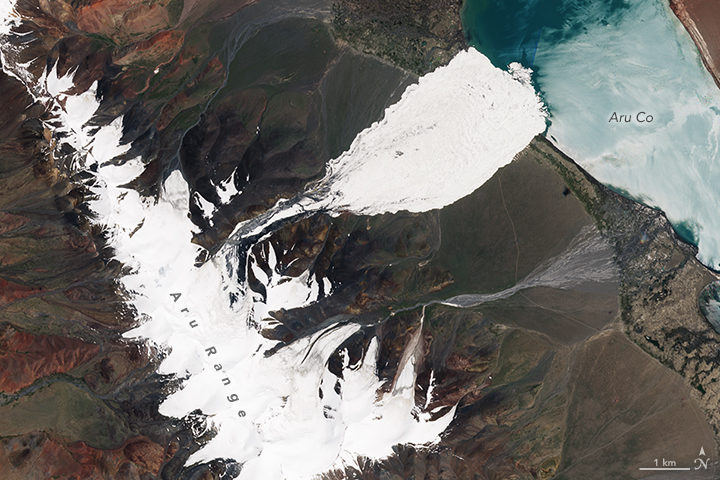 Researchers were initially baffled about how it had happened. The glacier was on a nearly flat slope that was too shallow to cause avalanches, especially fast-moving ones. What’s more, the collapse happened at an elevation where permafrost was widespread; it should have securely anchored the glacier to the surface.

Two months later, it happened again — this time to a glacier just a few kilometers away. One gigantic avalanche was unusual; two in a row was unprecedented. The second collapse raised even more questions. Had an earthquake played a role in triggering them? Did climate change play a role? Should we expect more of these mega-avalanches? 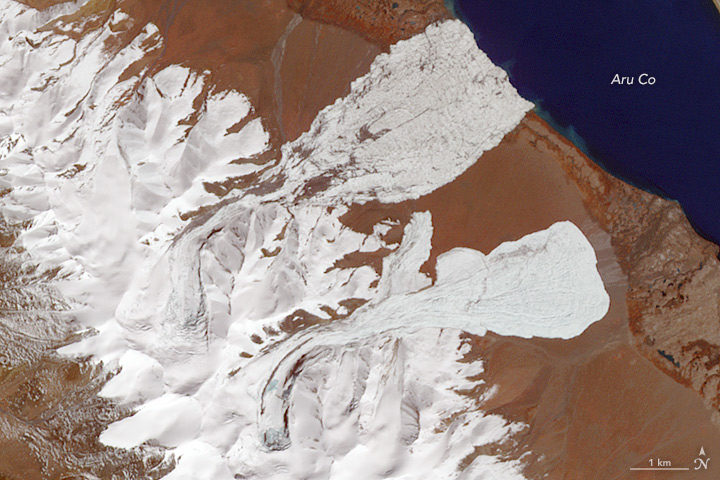 Now scientists have answers about how these unusual avalanches happened. There were four factors that came together and triggered the collapses, an international team of researchers reported in Nature Geoscience. The scientists analyzed many types of satellite, meteorological, and seismic data to reach their conclusions. They also sent teams of researchers to investigate the avalanches in the field.

First, increasing snowfall since the mid-1990s caused snow to pile up and start working its way toward the front edge of the glaciers (a process known as surging). Second, a great deal of rain fell in the summer of 2016. As a result, water worked its way through crevasses on the surface and lubricated the undersides of the glaciers. Third, water pooled up underneath the glaciers, even as the edges remained frozen to the ground. Fourth, the glaciers sat on a fine-grained layer of siltstone and clay that became extremely slippery.

Notice the large amounts of silt and clay in the path of the first avalanche. (Photo taken on July 15, 2017, by Adrien Gilbert/University of Oslo)

Earth Observatory checked in with Andreas Kääb (University of Oslo),  lead author of the study, to find out more about how the avalanche happened and what it means.

These glaciers were not on a steep slope, but the avalanche moved quite quickly. How did that happen?
Strong resistance by the frozen margins and tongues of the glaciers allowed the pressure to build instead of enabling them to adjust. The glaciers were loading up more and more pressure until the frozen margins suddenly failed. Local people reported a load bang. Once the margins failed, there was nothing at the glacier bed to hold it back, just water-soaked clay.

Your study notes that there was “undestroyed grassy vegetation on the lee side of the hills, suggesting that the fast-moving mass had partially jumped over it.” Are you saying the avalanche was airborne? If so, is that unusual?
Yes, for a small part of the avalanche path. We see this for other large-volume, high-speed avalanches, and it really illustrates the massive amount of energy released. You need quite high speeds in order for debris to jump. For us, the phenomenon is important as validation for the speeds obtained from the seismic signals the avalanches triggered and the avalanche modeling that we did.

Can we expect to see more big glacial collapses as the world gets warmer?
It’s not clear. Climate change could increase or, maybe even more likely, decrease the probability of such massive collapses. Most glaciers on Earth are actually losing mass (not gaining, like the two glaciers in Tibet were). Also, if permafrost becomes less widespread over time and glacier margins melt, it is less likely that pressure will build up in that way that it did in this case.

I know you used several types of satellite data as part of this analysis. Can you mention a few that yielded particularly useful information?
We used a lot of different sources of data: Sentinel 1 and 2, TerraSAR-X/TanDEM-X, Planet Labs, and DigitalGlobe WorldView. Landsat 8 was absolutely critical because it gave the first and critical indication of the soft-bed characteristics. The entire Landsat series was instrumental for checking the glacier history since the 1980s. We also used declassified Corona data back to the 1960s.

Are these sorts of avalanches likely to happen in other parts of the world?
Honestly, I have no clue at the moment, but we would be much less surprised next time. We know now that this type of collapse can happen under special circumstances. (It happened once before in the Caucasus at Kolka Glacier.) One thing that should be investigated is whether there are other glaciers—especially polythermal ones—with these very fine-grained materials underneath them. 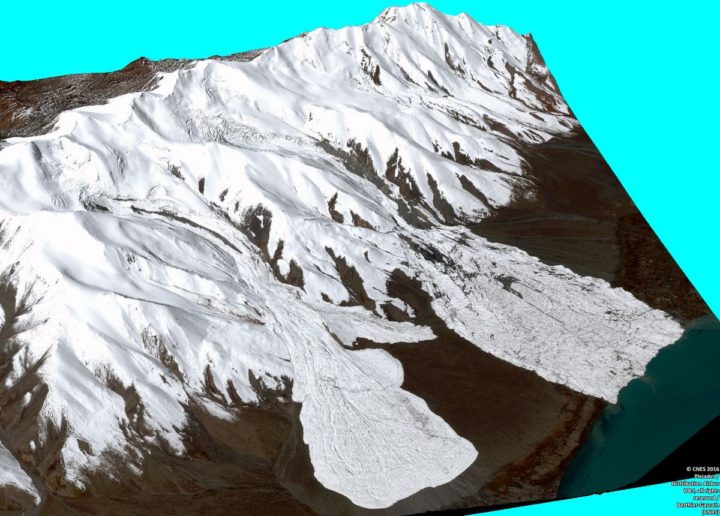