In the comments to my Natural Earth post Jim Meyer suggested I make copies of the global maps centered on the Poles. Rather than just making a few images I’ll mention G.Projector: the simplest map projection conversion software I know of. Developed by NASA Goddard Institute of Space Studies, it features 93 map projections, (assuming I didn’t lose count) decent customization options, and a good coastline database at multiple resolutions. Even better, it’s free.

The conversion process is straightforward: import an image in the equirectangualr map projection, pick a new projection, set options for coastlines and other overlays, then export. Very, very, simple (in contrast to many other remapping applications which seem to be written for people with GIS degrees). Here’s some examples: 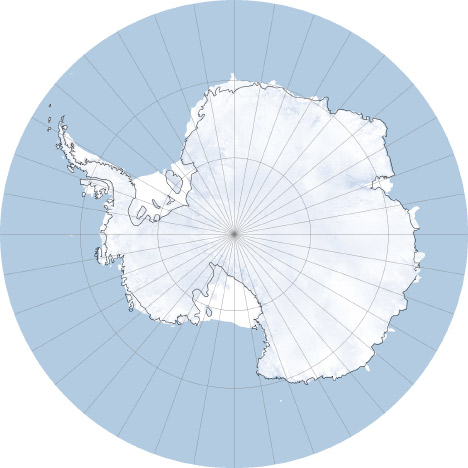 This entry was posted on Monday, September 27th, 2010 at 5:41 pm and is filed under Tools and Techniques. You can follow any responses to this entry through the RSS 2.0 feed. Both comments and pings are currently closed.