A Satellite Scientist Visits the Ice 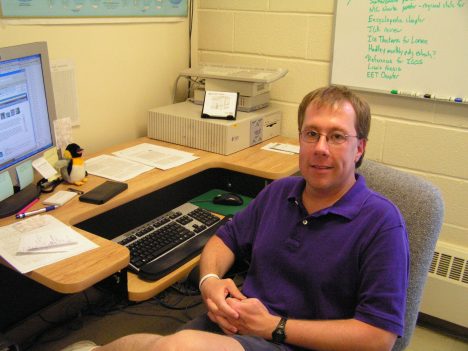 Whenever I tell people that I’m a polar scientist or that I study sea ice, inevitably one of the first questions I’m asked is, “so, have you been to the ice?” I’ve always had to answer no. I’m a remote sensing scientist who works with satellite data. Other than a few aircraft flights over the ice several years ago, I’ve spent my career in front of a computer analyzing satellite images. When I’ve needed field data, e.g., to validate satellite measurements, I could always obtain it from colleagues. So there has never been any need for me to go out on the ice. And to be honest, spending days or weeks in the field, as many researchers do, does not have particular appeal to me – I like the comforts of my heated office! Nonetheless, I’ve always wanted to get out at least once in my career and see the ice close up, feel it crunching under my feet, hear it creak and groan as it strains under the winds and currents. 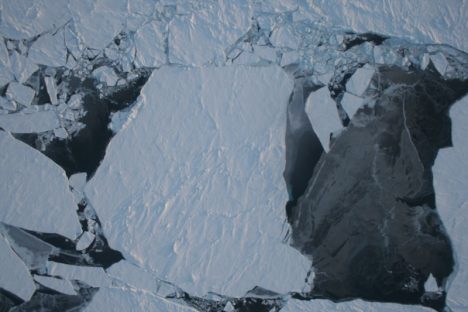 An image of sea ice in northwest Greenland, captured by NASA’s Operation IceBridge.

Now I am getting that chance, thanks to a National Science Foundation funded Summer Sea Ice Camp workshop. I and a couple dozen fellow scientists are heading to Barrow, Alaska – the northernmost point in the United States at 71 degrees N latitude – to partake in a unique project. The goal of this project isn’t specifically to collect data (though I hope that some of the data we collect will be useful), but rather to foster communication between remote sensing scientists like myself, sea ice modelers, and field researchers.

While there is a lot of collaboration in the sea ice community in terms of sharing data and results, scientists tend be silo-ed within their own area of expertise when it comes their actual work. Modelers focus on model development, validation, and results. Remote sensing folks like myself analyze satellite data. And field researchers collect and analyze in situ observations. Partly this is simply due to time – just focusing on one area keeps one plenty busy. But it is also partly due to a lack of communication. For example, I know a bit about modeling, but I don’t really understand the details of how a sea ice model is put together, how it can and should be used. Similarly, while modelers often use remote sensing data to compare with their model results, they don’t often understand the capabilities and limitations of satellite data. This can lead to under use or misuse of the data. And neither modelers nor remote sensing scientists may have much understanding of how to best take advantage of in situ data.

The goal of this workshop is to bring the three groups together for a week to talk and work with each other to better understand each of the three specialty areas and how perhaps the three groups can better work with each other to advance our understanding of sea ice. So now I’m on my way to Barrow, Alaska, looking forward to helping others understand satellite data, as well as running sea ice models and feeling that crunch of ice and snow under my feet as I collect data from on top of the Arctic Ocean. More in my next blog post from Barrow!

This entry was posted on Thursday, May 26th, 2016 at 4:40 pm and is filed under A Satellite Scientist Visits the Ice, Alaska 2016. You can follow any responses to this entry through the RSS 2.0 feed. Both comments and pings are currently closed.

One Response to “A Satellite Scientist Visits the Ice”