Going With the Flow

Trying to sleep on a trampoline while somebody is jumping on it – this is how it feels during many nights at sea as the ship zig-zags in an imaginary box around our drifting instruments in the North Pacific during winter. This is when biological activity is lowest, but clearly there is no absence of physical forces, such as waves. Clearly.

The aim of this expedition is to find phytoplankton and measure their characteristics using light detectors, cameras and microscopes. From my perspective as an oceanographer who uses satellite data to explore large scale physical forcing of biology, this is a great chance to think about the smaller-scale forcing mechanisms that supply nutrients to the phytoplankton. And I am glad to get acquainted with the optical and biological instruments and methods being used and tested here at sea. 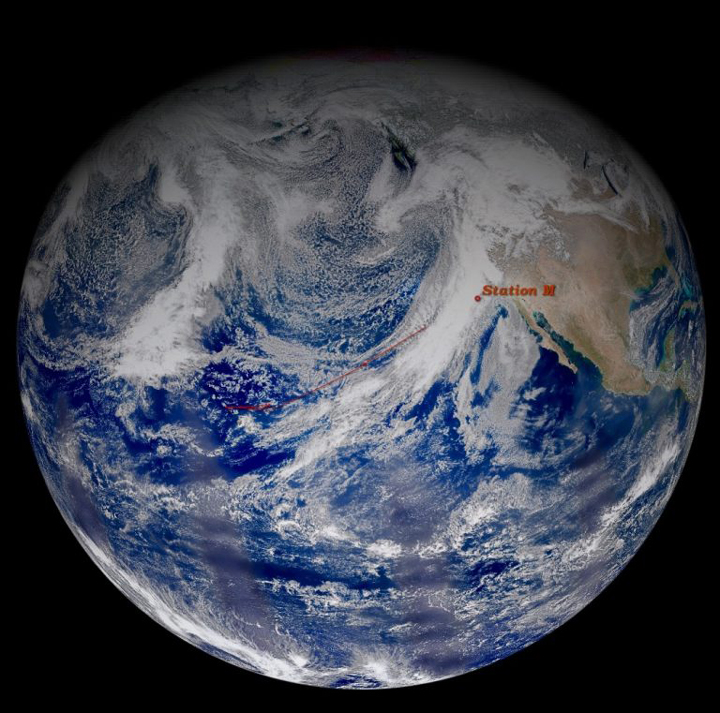 We began the campaign near Hawaii at the end of January in the North Pacific subtropical gyre, which has a predominate slow-moving circulation pattern that causes nutrient-depleted surface water. We experienced plenty of swell from distant storms – lab equipment had to be tied down, and chairs slid across the galley. Still, nutrient-rich deep water remained far below the well-mixed surface waters.

The water was exceptionally clear. Sunlight penetrated deeper than 150 meters (500 feet). In spite of the dearth of nutrients, our imaging systems revealed some phytoplankton! They appeared malnourished, but surprisingly diverse nonetheless.

In the absence of strong currents or other flow patterns, the Wirewalker instrument drifted westward making daily clockwise loops with the Earth’s rotation. I was excited to see its path mapped with inertial oscillations so clearly visible. Although they are always present, it is rare to see them this obviously as they are usually hidden by stronger forcing. 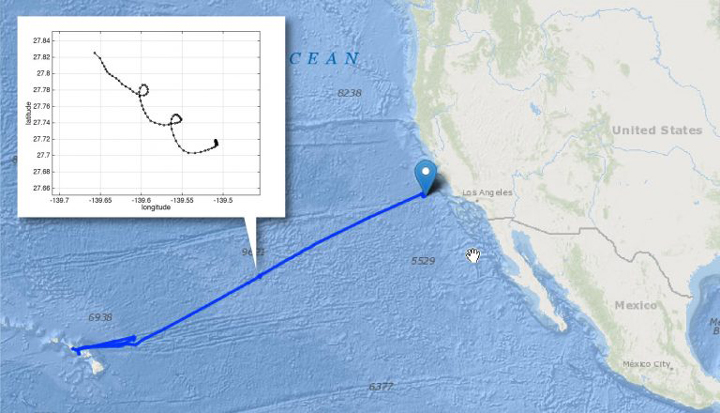 A plot of the Wirewalker’s track as it drifted freely at our second site for three days. Each point in the plot represents one hour. SOI/ Melissa Omand

The end of our sampling campaign is approximately 250km (150 miles) west of central California over a site called ‘Station M.’ This location is typically more productive, being in the California Current that brings cooler water southward from the subpolar gyre.

Additionally, we arrived between low pressure frontal systems that have been pummeling the west coast with strong winds, rain and snow over the past month. These strong weather systems cause wind-mixing at the surface of the ocean, bringing nutrients up from depth. Sampling revealed a warmer, fresher top 30 meters (100m) above cooler, nutrient-rich water.

Immediately, the instruments monitoring phytoplankton and nutrients began registering significantly higher quantities than anything we saw earlier in the expedition: even more diverse and even more abundant. Collectively, this team has gathered an amazingly rich data set of measurements and images that makes the discomfort of sleeping on a trampoline all worth it. 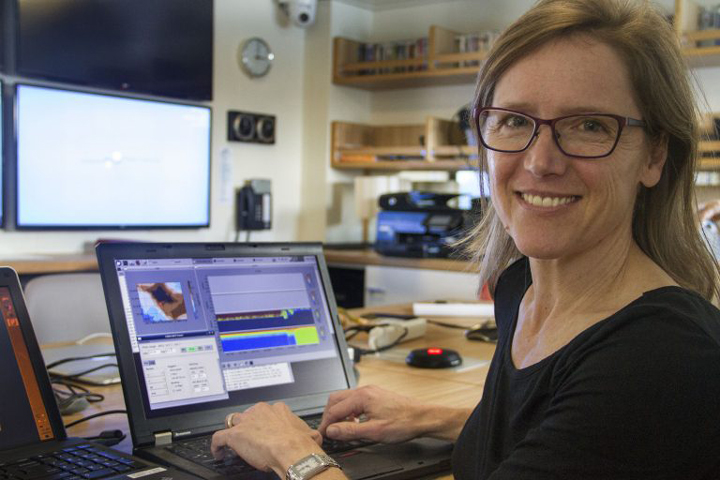 This entry was posted on Monday, February 13th, 2017 at 1:03 pm and is filed under Sea to Space Particle Investigation, Uncategorized. You can follow any responses to this entry through the RSS 2.0 feed. Both comments and pings are currently closed.

One Response to “Going With the Flow”