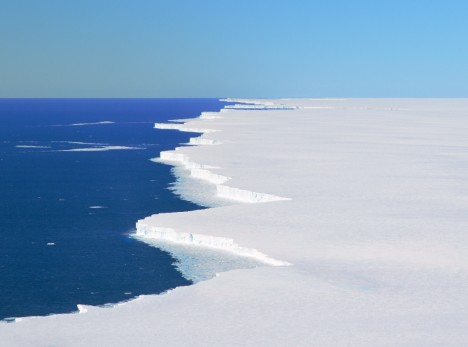 The Nansen Ice Shelf, where we have installed our GPS, is notoriously windy. This is clear from the blue ice on the surface and complete lack of snow, which gets rapidly swept away by katabatic winds (winds driven down from the glacier towards the sea by differences in pressure induced by the cold glacier air). This means that wandering around while setting up the GPS requires spikes for your shoes or else it would be like slipping around on a scalloped ice rink. To prevent the equipment from coming loose and blowing down the ice shelf into the sea, we have a set-up where wire tethers hook our solar panel and GPS box into the ice. However, it’s always encouraging to check that the systems are holding up to the elements, so we took advantage of a helicopter flight heading in that direction to check on the field equipment. It was all still there, happily recording data. 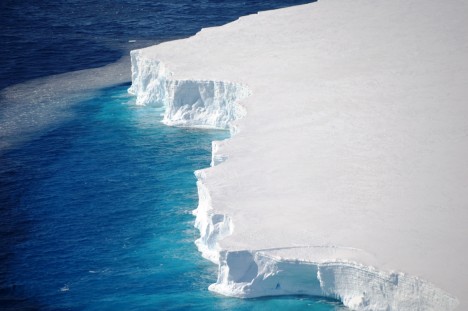 Luckily for myself and Ryan, the flight we were on was heading to the Drygalski Ice Tongue. This is a strange feature that can even be seen when looking at maps of the whole of East Antarctica. It is a floating 12 mile-wide section of ice from David glacier that sticks out 50 miles into the ocean and impacts sea ice freezing and water circulation in the bay behind it. Our approach to the ice tongue was spectacular as it headed off into the distance. At the side of the tongue, steep ice cliffs dropped into the ocean with the interaction between subsurface ice and the ocean water creating the most amazing shade of blue. We could spot groups of Adélie penguins on the remaining sections of sea ice next to the Nansen ice shelf and the Drygalski Ice Tongue. 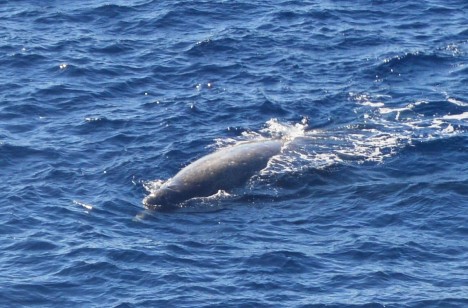 The most exciting moment was when our sharp-eyed pilot, Dom, spotted some whale spouts. We swung back around and saw four whales swimming around and breaching at the ice margin. They were Arnoux beaked whales, as we later identified, and looked nothing like any whale I have seen before – a little like very large dolphins with long pointed noses. These whales can dive for up to an hour so likely were just having a breather before heading under the ice. This was perhaps my favorite moment of the trip so far.

On the ice tongue we landed to check and download data from GPS stations that our Korean colleagues had installed several years before. We had a great view back across the bay towards Jang Bogo with Mt. Melbourne in the background. The second GPS site was fairly close to the front margin of the ice tongue and so Ryan and I had a geeky moment getting excited about being at the edge of one of the most bizarre ice features in the Antarctic.

It was a great day overall. All our stations were still standing, we saw wildlife, lots of ice and we were even back in time for a noodles and kimchi dinner.

This entry was posted on Tuesday, December 8th, 2015 at 11:54 am and is filed under Nansen Ice Shelf, Antarctica 2015. You can follow any responses to this entry through the RSS 2.0 feed. Both comments and pings are currently closed.

One Response to “Equipment check-in and Drygalski adventure”