What will happen aboard the R/V Knorr?

As I mentioned in my previous post, our cruise will depart from Woods Hole, MA on September 6. Roughly, it will take eight days for our ship, R/V Knorr, to transit from Woods Hole to the SPURS central mooring site at 25N, 38W, the saltiest spot in the subtropical North Atlantic. Then we will spend several days planning for and deploying sophisticated moorings bristling with instrumentation, which will remain in place for 12 months and provide a broader view of the mooring area’s physical properties, which will be our starting point for future, more localized ship-borne measurements. Details of moored instrumentation and how the approximately 5-kilometer (3-mile) long moorings are deployed will be the subject of my shipboard posts. 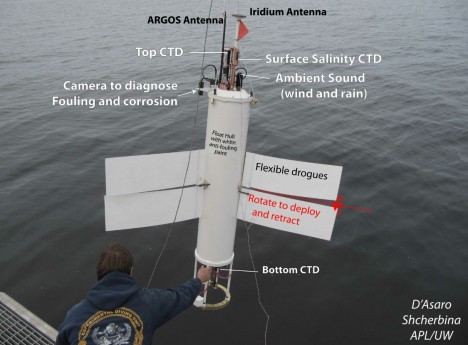 Testing of a SPURS Langrangian float in Puget Sound in August 2012. 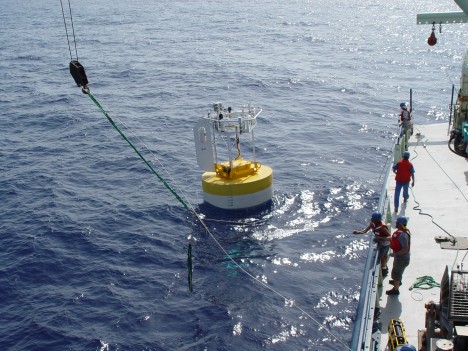 A SPURS mooring being tested.

Another aspect of the cruise is devoted to understanding the role of eddies (the swirls of ocean waters) in the circulation and the distribution of salinity. The cruise plan calls for finding and mapping an interesting front or eddy feature in some detail. My posts from the ship during that time will highlight the identification of the feature and how we chase it and measure it, and I will also describe the implications of our observations.

The expedition will wrap up with final checks of the instrumentation to be left behind, recovery of temporary deployments, profiles of temperature and salinity for cross-calibration of instruments and other duties that may arise.

We will use many of the kinds of instruments that are already deployed in a sustained, basin-wide observing system (surface drifters, Argo floats, moorings, and volunteer observing ships). What we will do with SPURS is expand the area we study, observe it for a longer time, and dig into the details. NOAA will be a strong partner throughout the SPURS mission, and I will tell you how we collaborate in future posts. 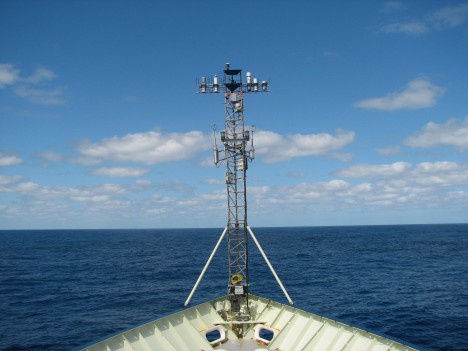 The chief scientist for the R/V Knorr leg of the SPURS experiment is Ray Schmitt from Woods Hole. Ray is funded by the National Science Foundation to examine salinity processes. NSF is an exceptional partner in SPURS – sharing the burden of ship support and helping to provide the scientists and equipment to study the smallest scales of variation of salinity. Their role is SPURS will also be detailed during the expedition posts.

All of the scientists and technicians involved in SPURS on R/V Knorr have numerous and specialized roles to play for the entire expedition to be successful. I plan on describing their personalities, work at sea, and motivations in future posts.

After approximately three weeks on site at the salinity maximum in the subtropical North Atlantic, R/V Knorr will make for Punta Delgada in the Azores Islands to turn over the ship to the next scientific party (not related to SPURS). It will take about 3 days at full speed to reach the Azores, where the ship is due on 9 October.

In my next post I will describe some of the shore-based and international collaborations that support SPURS.

Until then, smooth seas!

This entry was posted on Wednesday, August 22nd, 2012 at 3:31 pm and is filed under Salinity Processes in the Upper Ocean Regional Study (SPURS). You can follow any responses to this entry through the RSS 2.0 feed. Both comments and pings are currently closed.

7 Responses to “What will happen aboard the R/V Knorr?”