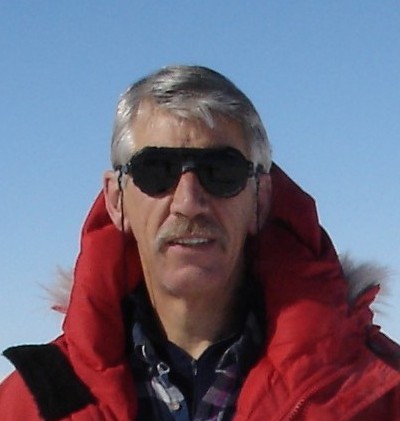 Christchurch (New Zealand), 18 January — This will be my last entry in this season’s blog. I had hoped to tell a different tale the past two months —one of successful science being done in a harsh, remote place by hardy individuals dedicated to getting information that had direct relevance to your lives and the lives of others you know and will never know. But the field season unfolded in a vastly different way. I have prepared an outbrief for the National Science Foundation that speaks to the good and the bad, what went right and what went wrong, and how to use what was learned this season to improve our chances for success next season. That document is the official record and won’t be shared here, yet it contains no surprises from what you have read.

For this blog, I want to be more reflective and to emphasize those more personal aspects of Antarctic field work. It takes a lot of people working together to undertake a project as ambitious and as challenging as this one. This season, a lot of us involved in various aspects of this enterprise came together and grew to know each other a lot better. We did not always see things the same way, but I think just about everyone came away with a greater appreciation for what the project is all about and what talents each player has contributed to the greater enterprise. This was most apparent at PIG Main Camp where the great distance from McMurdo provided a clarity of purpose that often gets muddled in McMurdo. Following our limited success in the final days, I was impressed with how the Main Camp staff shared their congratulations with us. That success made their efforts at camp worthwhile. Our assistance in many of their camp chores showed them that we appreciated their efforts. That is the magic of a deep field camp. Even the Twin Otter pilots, who only dropped in for two days, felt good because we accomplished some objectives together.

I regret that the helicopters never came. I have little doubt the same camp magic would have occurred there, too. I question whether managers of the individual U.S. Antarctic Program components, who spend no time in the deep field, really understand how the deep field camps actually operate. There is a bonding motivated by the Antarctic environment that is much stronger in the deep field than in the more “civilized” McMurdo. Even large, multi-project camps can sometimes be absent of this mystic, but PIG is not of that ilk. You do not resent the person who has helped you set your tent, who you have helped shovel out a fuel bladder, who has watched you to make sure your nose is not frostbitten, and whose sled you have helped pull. The shared experiences bring people together and make for one. Every one of the camp staff expressed their hope to be chosen to come back next season.

As will we. We will succeed. Despite the limited scientific accomplishments this season, we are better positioned (with all the camp material, most of the scientific equipment and scads of fuel already at PIG Main Camp to spend the frigid winter) and logistically wiser to design a better field effort for 2012-13. We have to—it will be our last chance for this project.  We’ll use satellite imagery to give us an early look next October. In November, Twin Otters will be used to assess the surface character of the ice shelf and to deliver a skeleton crew allowing us access to the wintered cargo, the fuel and to start on-site weather observations. By December, before the main camp even gets set up, the drilling team will arrive and will be transferred to the ice shelf with the drilling equipment by those same Twin Otters. Building the Main Camp and transferring the helos out will come later, much later if need be. Fewer Herc flights, earlier traverses and more Twin Otter time is a much more palatable recipe.

It saddens me to think that even today we should be working out of PIG Main Camp, making day trips to collect radar and seismic information on the shape of the ocean cavity beneath the ice shelf. Instead, our field team has disbanded. We flew to Christchurch together on Monday, but now we are scattering across the globe on various commercial airline flights. I’ve received word that the second traverse has arrived at PIG and this week there should be the final two flights pulling out the camp staff after they have put all the wintering cargo up on high snow berms. A recent satellite image taken last week shows the camp and the AWS webcam is still keeping watch from the ground. It looks like another beautiful day there.

I’m not exactly sure how to end this blog. I hoped you’ve enjoyed the story. I suppose I could just say that we now reenter the planning phase. There is yet more pressure on us now because we have one more shot to get it right. I think we will, but as always, the big unknown is what Antarctica has in store for us next time.

This entry was posted on Wednesday, January 18th, 2012 at 10:29 am and is filed under Pine Island Glacier 2011. You can follow any responses to this entry through the RSS 2.0 feed. Both comments and pings are currently closed.