Tom and I arrived in McMurdo Station, Antarctica, last Tuesday. Since then, it has been a busy week, full of specialized training and preparing to depart into the deep field…

We flew from Christchurch to McMurdo – 7.5 hours on a C-130 airplane operated by the Royal New Zealand Air Force. There were 38 passengers in the front of the aircraft and three pallets of gear in the rear. The passenger space is extremely tight; you have to work together with your neighbors to share space in an effort to remain as comfortable as possible for the long flight. And ladies, the restroom facilities are not fabulous. 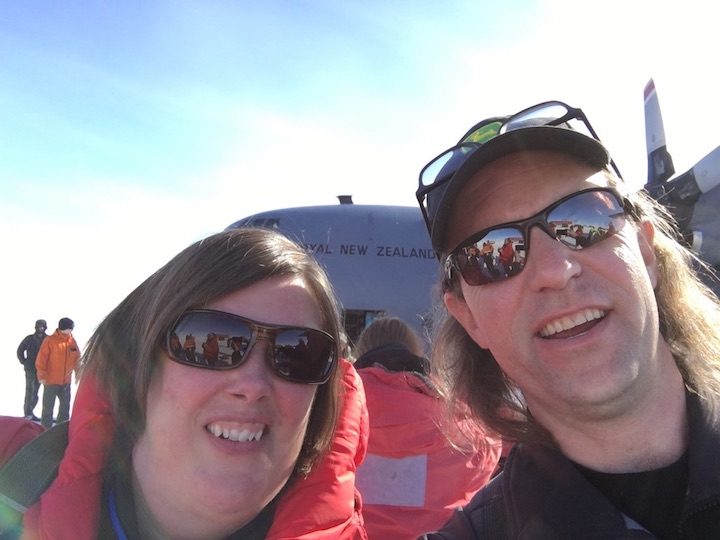 Kelly and Tom on the ice runway at McMurdo Station, Antarctica (Credit: Neumann)

The view from the runway is quite spectacular. You are standing on an ice shelf, or the edge of the ice sheet that has met a bay and is now freely floating on the ocean. In one direction, you see the full Royal Society Range and the McMurdo Dry Valleys, one of the few places on the continent where rocks are exposed through the ice. In the other direction, you see Mt Erebus, Earth’s southernmost active volcano. 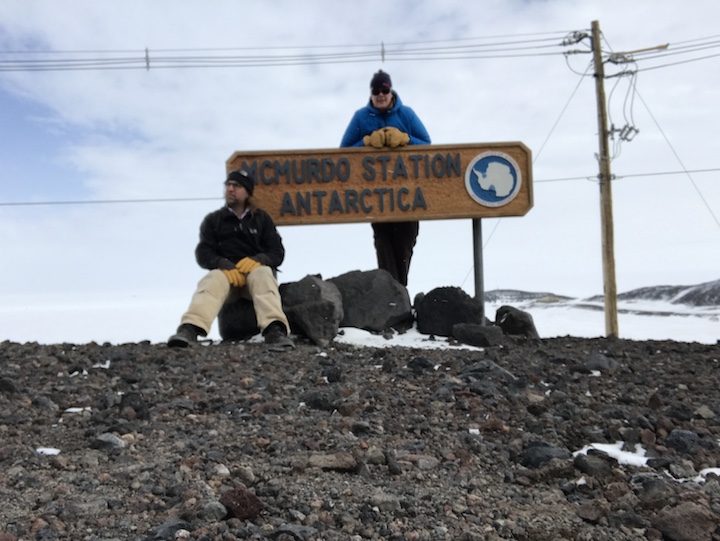 Tom and Kelly at the McMurdo Station sign (Photo: Brunt)

From there, we got in a massive vehicle called Ivan the Terra Bus and headed to McMurdo Station. The driver, Shuttle Bob, is quite possibly the best greeter for any station anywhere. The ride to the station was about 15 miles and took us a little under an hour, as we moved slowly over the ice shelf. Once on station, we were given keys to our rooms, ate dinner, and went to bed. The real work started quickly the following day…

The next few days were completely full of specialized training, including tips and tricks for safe deep-field camping, altitude training, and environmental briefings, where you are reminded just how fragile this environment truly is. We have also recently received training on how to drive the PistenBullys, which are the vehicles we will be using for our traverse. These are tracked vehicles that are more commonly seen grooming ski areas in North America. 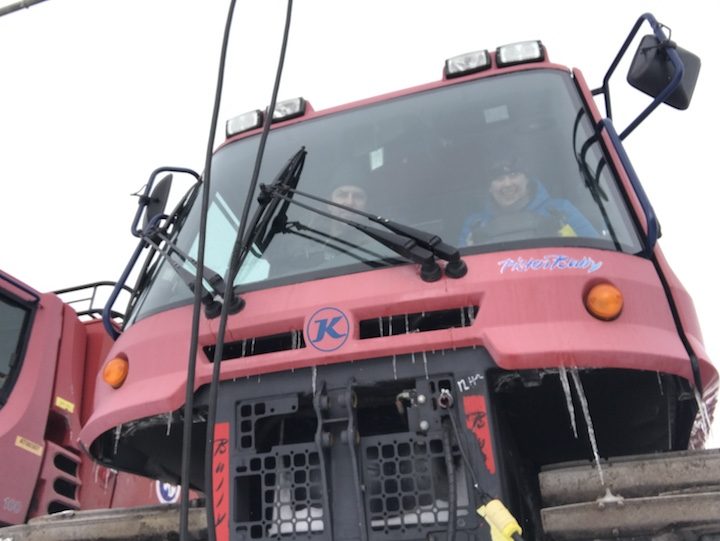 Tom and Kelly inside a PistenBully, like the one they’ll use for the traverse along 88 degrees south.
(Photo: Brunt)

Along with training, we spent a lot of time this week grabbing deep-field gear and then packing our cargo to fly to the South Pole, where we will depart on the traverse. Our cargo includes science instrumentation, vehicle parts and tools, food, and camping gear, such as tents and sleeping bags rated to -40 F. And our cargo also includes some creature comforts, such as skis and ukuleles. 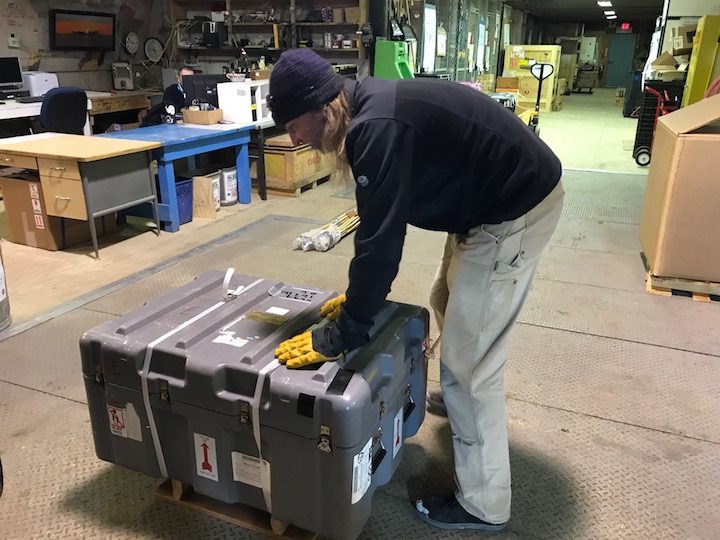 Tom banding up our last bit of cargo to enter the system — this precious box contains the coffee for the traverse. (credit: Brunt)

And finally, the week has included a never-ending pursuit for a good cup of coffee. The coffee in the galley consists of ground beans that come from a can. While we did bring coffee south with us for the traverse, those beans are already in the cargo system, ready to go to the South Pole. And there isn’t a Starbucks or Dunkin Donuts anywhere to be seen. So, we found the next best thing: The McMurdo Coffee House. A team of baristas, who are officially down here with other jobs, step up to the plate and provide the community with the best coffee available on station. They work exclusively for tips and often receive cash, fresh fruit, and even mission stickers (which are somewhat like currency down here).

Our flight to the South Pole is scheduled for this Friday, and we are pretty much ready to go! So hopefully, next week, we will be blogging from Amundsen-Scott South Pole Station. Stay tuned!

This entry was posted on Tuesday, December 12th, 2017 at 11:31 am and is filed under ICESat-2 Antarctic Traverse. You can follow any responses to this entry through the RSS 2.0 feed. Both comments and pings are currently closed.

4 Responses to “Greetings from McMurdo!”