Raining in the Fog of Carbon Dioxide Chemistry 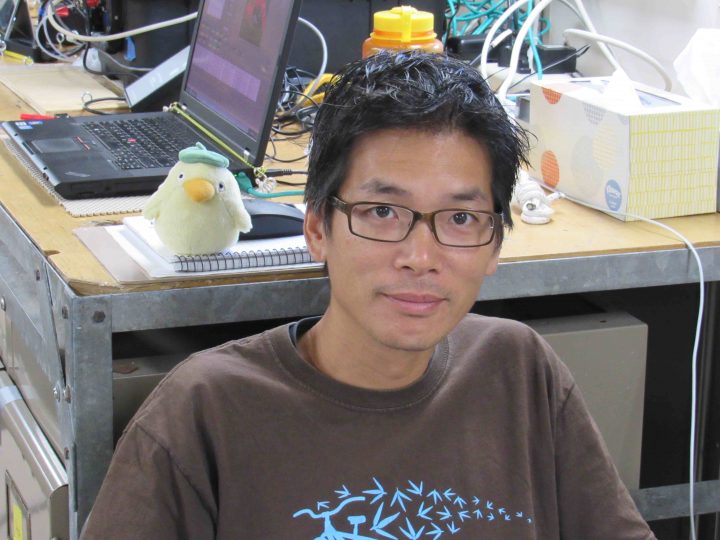 Trying to clearly explain the carbonate chemistry of seawater taxes the best in our field. There are mass and charge balances to be maintained, complex relationships of reactions to temperature, salinity, and pressure to be considered, and deeper mysteries of buffering capacity and interaction with life (biogeochemistry) to tip inexpert thinking into chaos.   However, there is much to learn and theoretical notions to be tested in the real, complex ocean. On R/V Revelle we have an expert lifting the fog of long-lost chemistry lessons and illuminating the role of rain in gas exchange between the atmosphere and ocean.

David Ho, from University of Hawaii, has been studying carbon chemistry and rain for about 20 years.  SPURS-2 is his first opportunity to carefully measure the impact of rainfall on the carbonate chemistry of surface seawater.  This work is a scientific first.  It is a “ƒblog first” 20 years in the making – David Ho was one of the first graduate students I supported when I started as NASA Physical Oceanography Program manager.  He was totally into rain and gas transfer then – in the laboratory at NASA Wallops Island Facility.  And I was totally into getting NASA to measure salinity from space.   I think we both knew then that if we were both successful, our careers would cross again.  Sometimes serendipity befalls those who have prepared well!  In this case, were both preparing for opportunities that fit hand in glove. 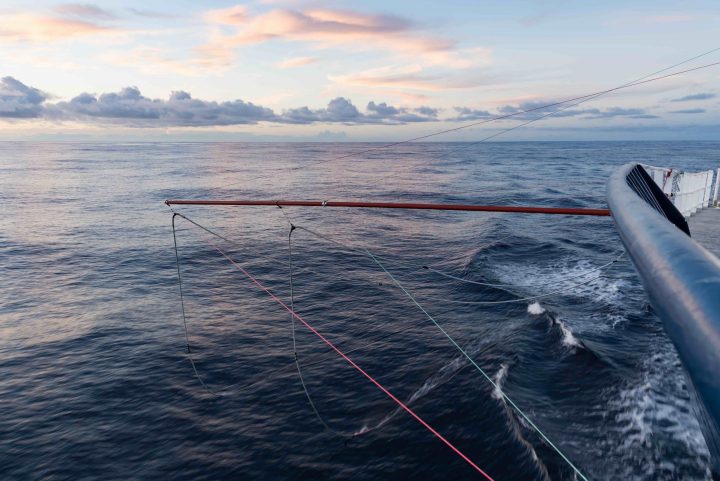 The salinity snakes bring water aboard from the top few inches of the ocean (photo J Schanze).

David contends (a scientific hypothesis already published) that fresh raindrops in equilibrium with atmospheric carbon dioxide will lower the carbon dioxide gas (pCO2) in  surface water.  Maybe this is not rocket science, but it has yet to be observed and documented because this kind of measurement is typically made from a depth of about 5 m (~15 ft), too deep to see this surface change.  He comes to sea to measure pCO2, pH and dissolved inorganic carbon (DIC) to test this hypothesis.  As I described in the last blog post, all of NASA’s support for the “cottage industry” of measuring surface salinity enables David to precisely collect the surface samples he needs to test his hypothesis.  Serendipity for him and synergistic science for us.  Win-win. 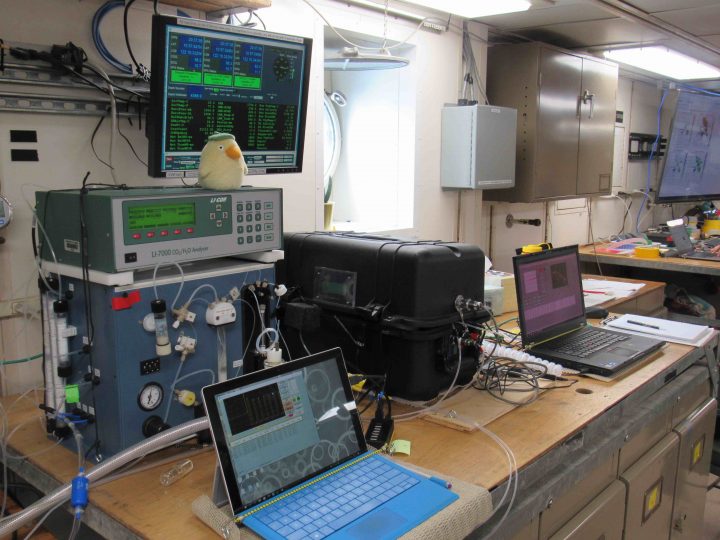 Never before has David seen such a perfect line-up of synergistic observations for his work.  He can access water from the upper few inches of the sea via the Sea Snake system; benefits too from the quality controlled and calibrated temperature and salinity data it provides.  Likewise, on this voyage we are well-equipped for rain measurement – getting drop size distributions and rain rates from the state-of-the-art SEA-POL radar and an extensive rain gauge system on Revelle for this voyage.  SPURS-2 is superbly focused on working in the rain and on the properties of the surface ocean.  Therefore, the opportunity for David Ho’s synergistic science was a perfect addition to the voyage.   David can focus on the carbon chemistry but answer the larger questions he has worked on for years.  And, as I said, the seeds of this circumstance were planted nearly 20 years ago.  We have NASA’s persistence in Earth science and technology development to thank for allowing this harvest of knowledge.

Much to our pleasure, the results are very promising.  There is clear evidence of steep declines in pCO2 in the surface water when it rains.  The details will have to come with further analysis, but we know this has been a success for science – and program management too.   Both David and I feel like there was a big victory here for “synergistic science of opportunity.”

This entry was posted on Monday, November 13th, 2017 at 8:28 am and is filed under Salinity Processes in the Upper Ocean Regional Study (SPURS). You can follow any responses to this entry through the RSS 2.0 feed. Both comments and pings are currently closed.

One Response to “Raining in the Fog of Carbon Dioxide Chemistry”