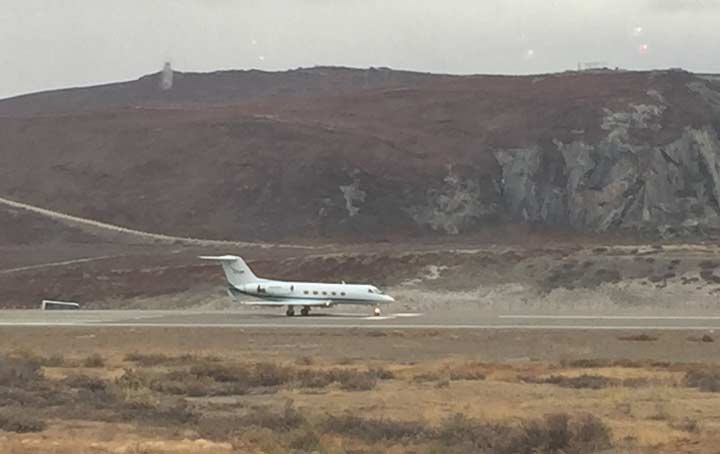 NASA’s G-III about to take off from Kangerlussuaq Airport for a day of ocean science research.

Swoosh! It’s not a sound so much as a feeling. You feel it in your ears and through your whole body. And everyone on the plane — two NASA G-III pilots, two flight engineers and the rest of the Oceans Melting Greenland (OMG) crew—feels it at exactly the same time. It has become our inside joke.

The swoosh happens every time the flight engineers drop an Aircraft eXpendable Conductivity Temperature Depth (AXCTD)   probe through a hole in the bottom of the plane. The AXCTD comes in a 3-foot-long gray metal tube—with a parachute. After it hits the water, the probe measures ocean temperature and salinity from the sea surface down to about 1,000 meters. The tiny difference between cabin and outside pressure pushes the probe out and makes ears pop at the same time. 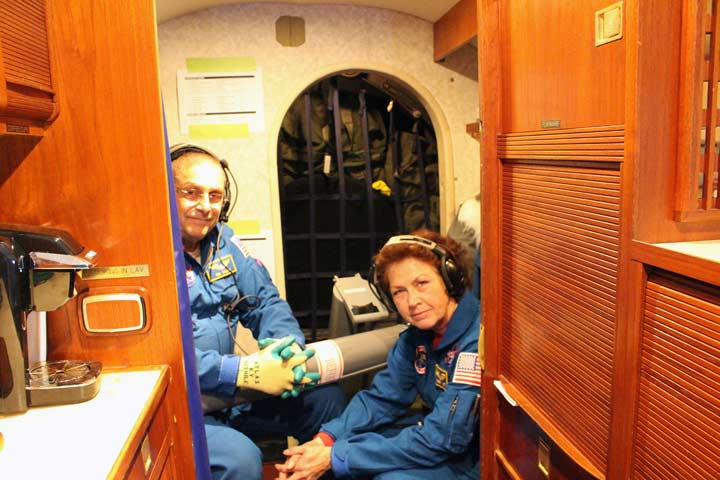 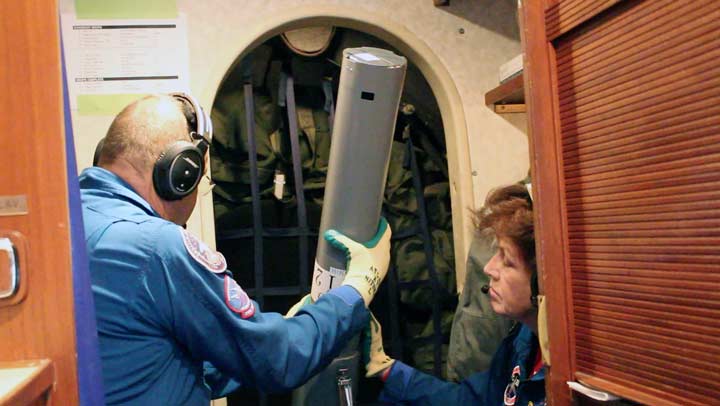 The two images above show flight Engineers Phil Vaughn and Terry Lee ready to drop an AXCTD through a hole in the bottom of the plane. 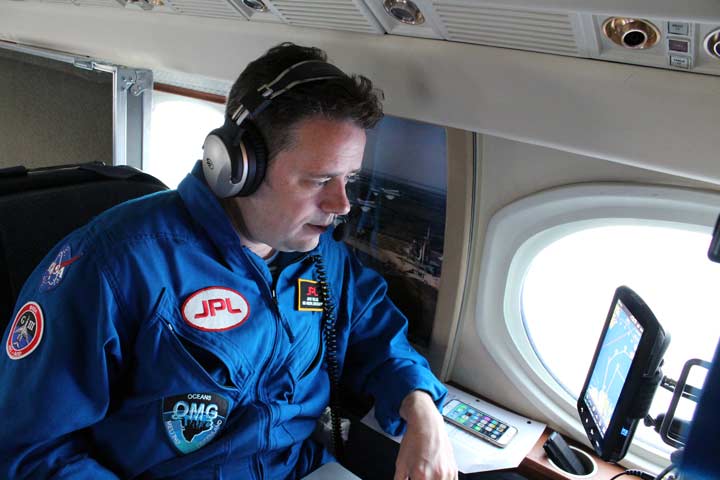 This is the second week of our three- to four-week mission that will be repeated every September/October for the next five years. We’re finally starting to iron out all the minor details in our protocol. With so many moving parts, the protocol is important, and the intricate timing helps us make sure no one forgets any details and we get the most accurate record of when and where we drop each one.

All of us wear headsets so we can communicate with each other. Here’s an abbreviated version of how it all goes down:

We circle until Dinardo says we’re done recording data, then it’s off to the next drop site.

During our many, often challenging hours on the plane together, we share these little inside jokes and laugh—not caring if anyone in the outside world thinks it’s funny. Seems like we are bonding. I couldn’t be happier. 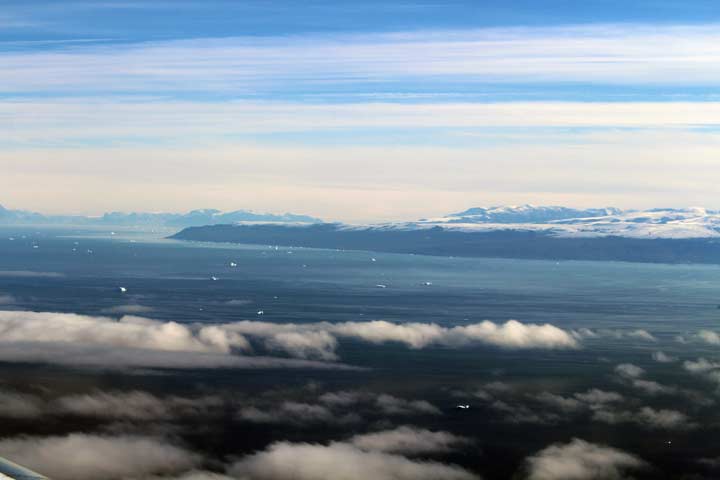 A view of Greenland’s Southwest coastline out the window of NASA’s G-III modified aircraft.

This entry was posted on Wednesday, September 21st, 2016 at 4:57 pm and is filed under Oceans Melting Greenland (OMG). You can follow any responses to this entry through the RSS 2.0 feed. Both comments and pings are currently closed.