After an early breakfast, our team is getting ready to put in our ice camp. We met with the pilots around 8:30am for a departure at 9 am. The flight to the ice camp was quick, about 20 minutes. Beautiful views of the fjords leaving Kangerlussuaq and then on our climb onto the ice sheet we saw the first supraglacial rivers flowing over the ice sheet. After arriving at our camp location, a team of two got back in the helicopter to be ferried to the other side of the river. The plan was to anchor a Tyrolian line across the river to suspend an Acoustic Doppler Current Profiler (ADPC) on the river and collect data. In the meantime, the team members set up tents, and outhouse, a kitchen tent and organized the camp. In the afternoon, the team of two was picked up from the other side of the river and brought to camp.

We got to spend our first night on the ice sheet, nice, quiet and not too cold!

See below a few photos taken that first day. 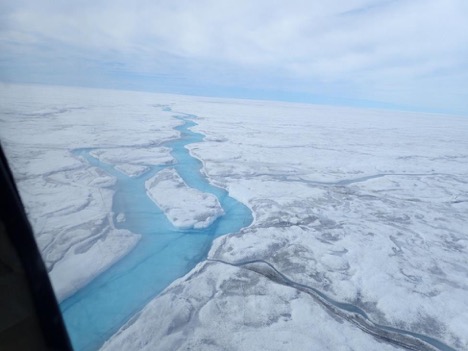 First views of the rivers sitting on the ice sheets. Photo by Brandon Overstreet. 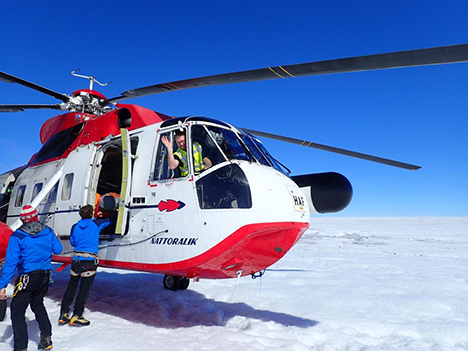 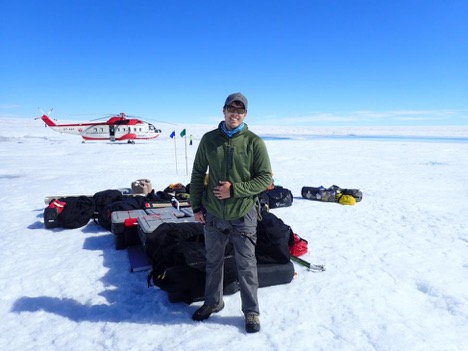 Brandon posing in front of the gear and the helicopter at the background. Photo by Lincoln Pitcher. 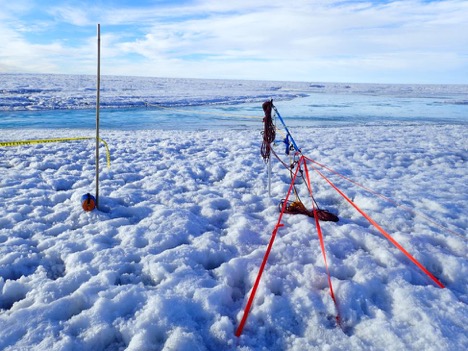 Rigging up the tyrolean system to move gear across the river. Photo by Brandon Overstreet. 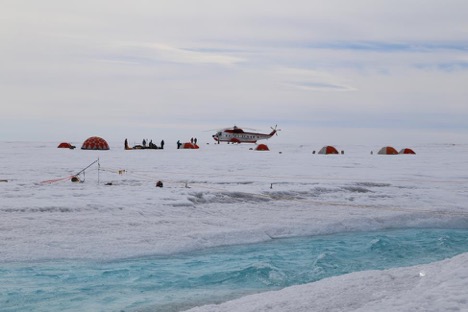 Caption: View of ice camp and helicopter. Photo by Lincoln.

We will send new updates once we are back from the ice camp around July 14.

Best wishes from our ice camp!

This entry was posted on Friday, July 8th, 2016 at 5:43 pm and is filed under The Ablation Zone: Where Ice Goes to Die. You can follow any responses to this entry through the RSS 2.0 feed. Both comments and pings are currently closed.

6 Responses to “Successful Camp Put In!”