For this last blog post of the season, we summarize our work with numbers and photos to give you an idea of our field camp and the life/work on the ice sheet.

This summer fieldwork can be summarized as:
Weather and camping:

And that is about it for the 2015 fieldwork! Our team will spend fall working on the data at their labs, and we will be back into the field next year in the spring (May/June).

We hope you are enjoying the blog posts and we would like to thank you all very much for following this work! See you all next year! 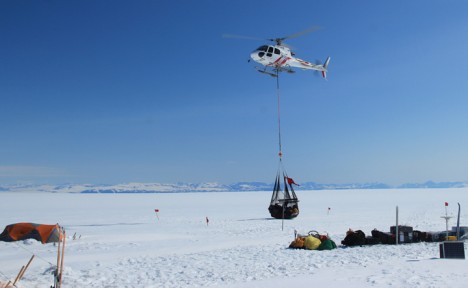 Sling load containing the snowmobile is lowered by the helicopter. 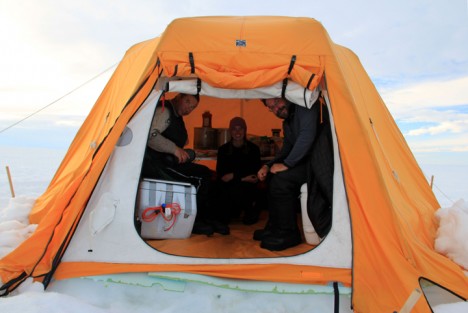 Anatoly, Lynn and Nick taking a picture break in the cook tent. 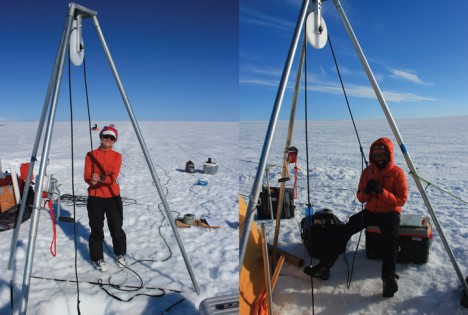 Olivia and I taking turns operating the thermal drill. 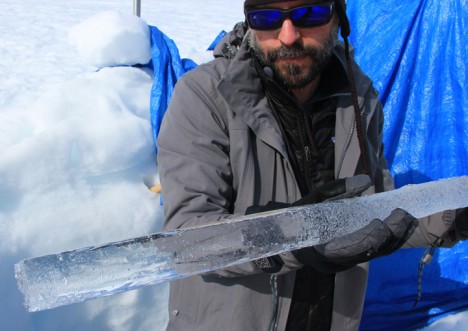 Anatoly posing next to the iWS from the University of Utrecht before and after backfilling the 2-feet deep snow pit.

The complex path of water infiltrating in the SE Greenland firn. 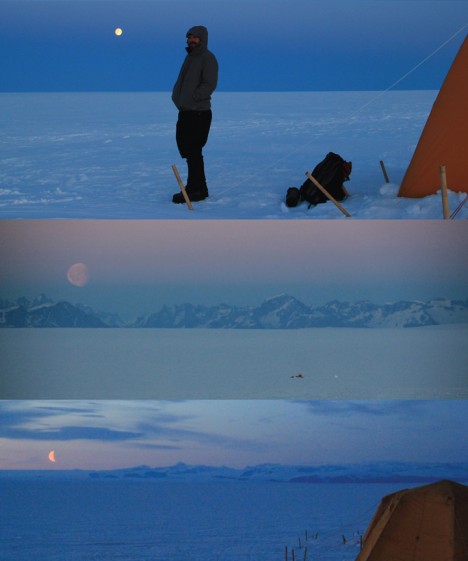 During the 18 days of fieldwork we got the chance to witness great moonrise. 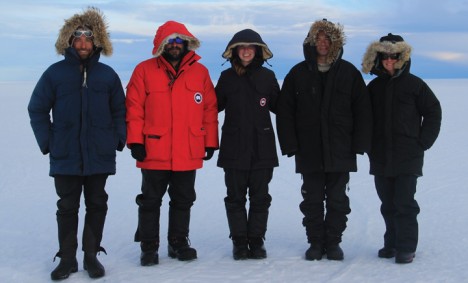 A nice glacier with a dark tongue that we saw on the East side of the Sermilik Fjord.

Left: Lynn and I posing at the front of the container after putting the snowmobile inside. Right: gear in the container, ready to over winter. 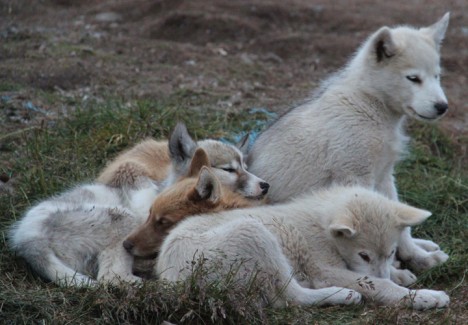 Greenlandic puppies napping peacefully at the village of Kulusuk.

Last sunset in Kulusuk, Greenland before heading back to the U.S.

This entry was posted on Tuesday, September 22nd, 2015 at 10:14 am and is filed under Greenland Aquifer Expedition. You can follow any responses to this entry through the RSS 2.0 feed. Both comments and pings are currently closed.