By Air and Sea: An Antarctic Transportation Hub

At the southern tip of Chile, the city of Punta Arenas is in a prime location for accessing Antarctica. This is one of the reasons IceBridge calls Punta Arenas home for several weeks during Antarctic field campaigns. But IceBridge isn’t the only scientific game in town. The U.S. Antarctic Program (USAP), British Antarctic Survey (BAS) and number of other organizations also rely on the Punta Arenas airport and the town’s ocean access. 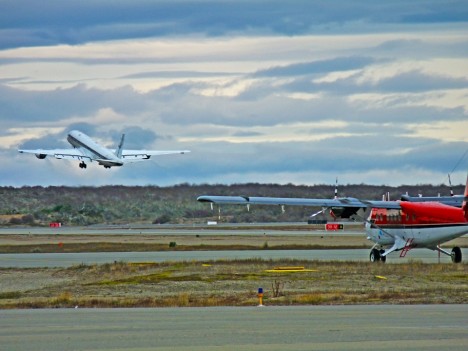 The NASA DC-8 taking off from the Punta Arenas airport. To the right is a Twin Otter aircraft used by the U.S. Antarctic Program. Credit: NASA / Kyle Krabill

The USAP brings two of its ice-capable research vessels, the Palmer and the Gould, to Punta Arenas. From there they carry out research cruises and transport people and cargo to and from Palmer Station, the National Science Foundation’s research base on the Antarctic Peninsula. In addition, USAP will sometimes base aircraft at the Punta Arenas airport on their way to and from Antarctica. 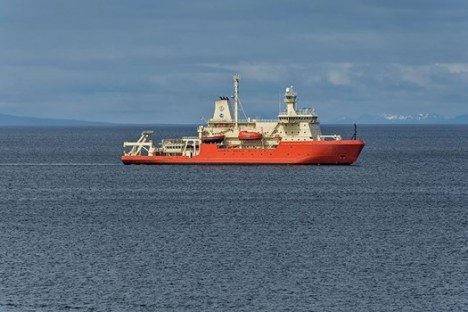 The R/V Nathaniel B. Palmer in the Straits of Magellan just off the coast in Punta Arenas, Chile. Credit: NASA / Michael Studinger

The United States isn’t the only nation with a strong presence in Patagonia. BAS research teams use Punta Arenas as a jumping off point for their research bases such as Rothera Station on the Antarctic Peninsula. In the photo below we can see a BAS Dash-7 and Twin Otter aircraft on the ramp at the Punta Arenas airport. 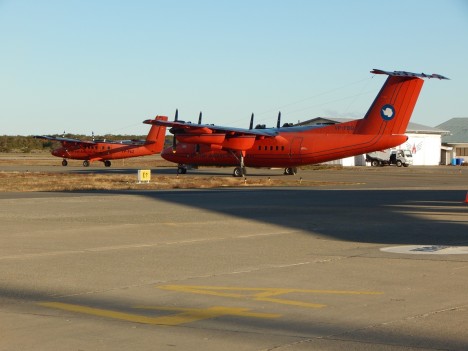 In addition to the various Antarctic research programs working here, a number of companies that transport people, equipment and supplies to Antarctica fly in and out of Punta Arenas during the research season. Below are an IL-76 cargo jet operated by Almaty Air and a ski-equipped DC-3T aircraft flown by Antarctic Logistics Centre International. 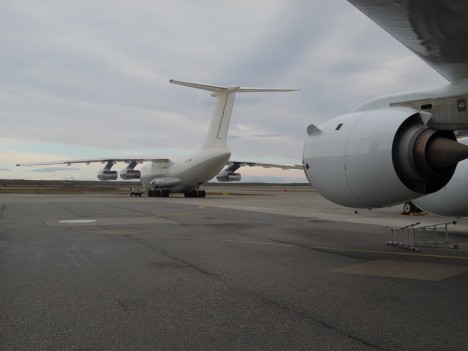 An Almaty Air IL-76 cargo jet at the Punta Arenas airport. To the right is one of the NASA DC-8’s engines. Credit: NASA / Jim Yungel 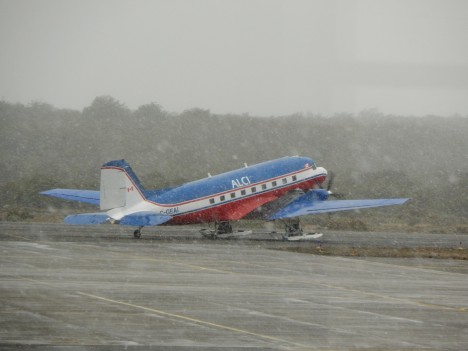 This entry was posted on Sunday, November 2nd, 2014 at 5:44 am and is filed under Operation IceBridge, Operation IceBridge: Antarctic 2014, Uncategorized. You can follow any responses to this entry through the RSS 2.0 feed. Both comments and pings are currently closed.

4 Responses to “By Air and Sea: An Antarctic Transportation Hub”