Gearing Up for Greenland: Part 1

Editor’s note: In fall 2013, researchers aboard a NASA C-130 traveled to Greenland to study changes in the ice sheet and sea ice following the summer melt season. Other airborne campaigns, like NASA’s Operation IceBridge, study changes on an annual basis and this is the first large-scale airborne survey of seasonal change. The C-130, equipped with a pair of Land, Vegetation and Ice Sensor (LVIS) laser altimeters, will carry out surveys of land and sea ice from Oct. 31 to mid-November and will resurvey many of the same areas flown by IceBridge during its 2013 Arctic campaign.

In late August, David Rabine and I headed down to Wallops Flight Facility in Virginia to start LVIS instrument installation for NASA’s Greenland airborne campaign.

It was my first time at Wallops and I was thoroughly impressed with the amount of airborne activity that takes place there. It seems like every 15 minutes there is a plane taking off or landing! Once there we saw the C-130 that will carry our two LVIS instruments. It looks like a great platform for scientific measurement. It has a huge cargo door in the back that allowed us to literally roll the pallet with all the equipment and the two instruments on board. 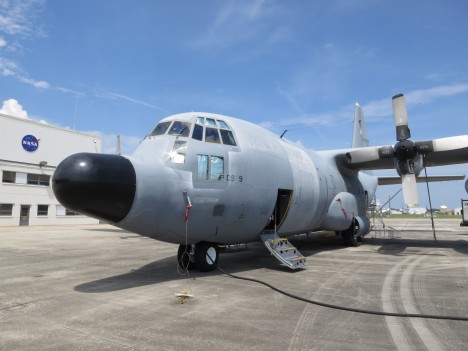 NASA’s C-130 aircraft on the tarmac at Wallops Flight Facility in Virginia. Members of the LVIS instrument team are installing equipment in preparation for the upcoming IceBridge Greenland campaign. 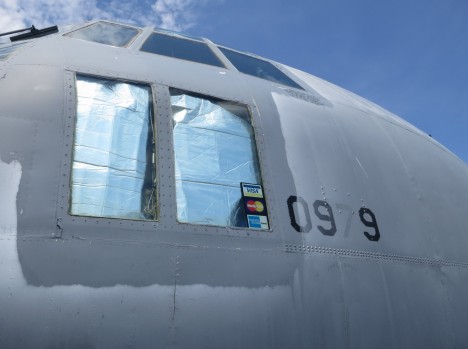 : The C-130 also had a sticker with major credit card logos on one of its windows. Perhaps this means they accept them for the in-flight entertainment. 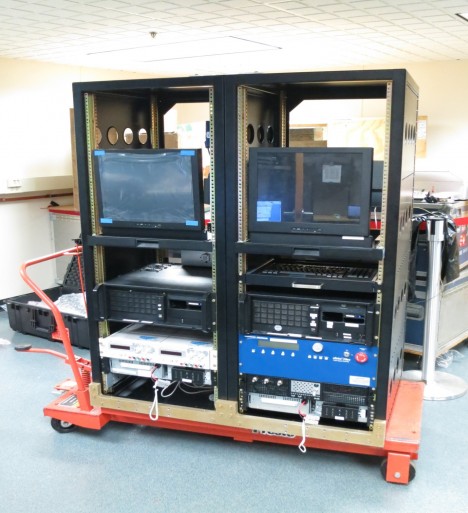 We were very fortunate that our trip to Wallops lined up with a test flight of one of NASA’s Global Hawks, an uninhabited aerial vehicle that’s taking part in another NASA mission, the Hurricanes and Severe Storms Sentinel, or HS3, mission, and which the smaller version of LVIS has flown on before. As luck would have it, on the morning of Aug. 20 the Global Hawk took off on the runway that was closest to our airplane hangar. We were able to get a front seat view of the takeoff. 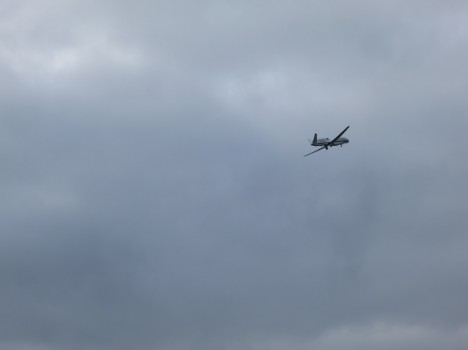 This entry was posted on Thursday, October 31st, 2013 at 4:16 pm and is filed under Greenland Surface Melt Study 2013. You can follow any responses to this entry through the RSS 2.0 feed. Both comments and pings are currently closed.

5 Responses to “Gearing Up for Greenland: Part 1”