“Ships at a distance have every man’s wish on board.” — Zora Neale Hurston 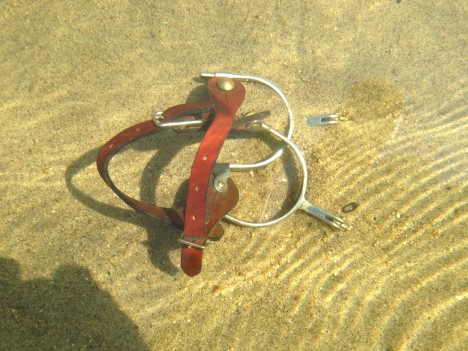 So, we are back in port in the Azores Islands of Portugal. Knorr 209-1 was a fabulous voyage and it did feel that we had many a man’s wish on board. Those included wishes for our data collection from all the scientists involved in SPURS and well wishes from all the family members of the expedition and finally the good wishes of you, my blog audience. 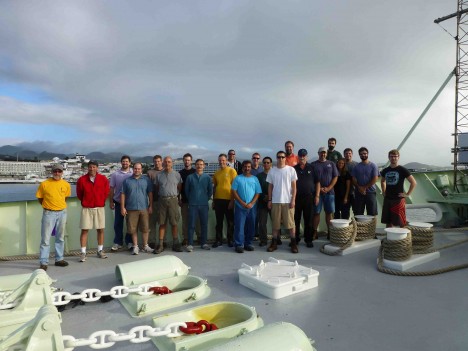 Thank you all for following my SPURS adventure so far. The saga continues for another year. We have instruments in the water and more expeditions ahead (in March and September 2013). Each expedition will be slightly different in nature but overall working toward the SPURS goal of understanding the surface salinity maximum in the Atlantic and the water cycle on the planet. I’ll be going into a different mode of blogging now, to provide you updates on the science and the observations as the year goes along. With good fortune, I will get back to sea for the final leg of SPURS in September 2013. If you would like another voyage blog from the Sargasso Sea in 2013, let your voices be heard in the comments section below!

After several days of riding a lumpy swell from Tropical Storm Oscar, we were greeted by the magnificent sight of greenery and civilization at Ponta Delgada on the island of São Miguel. 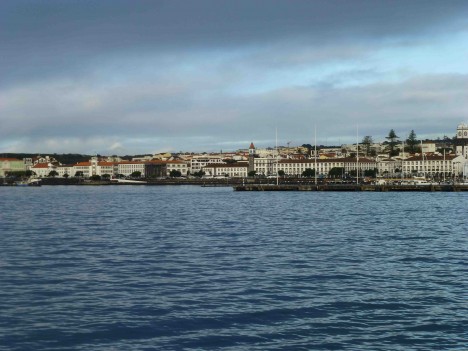 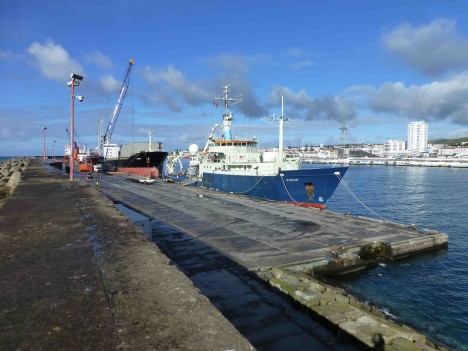 The Knorr in Ponta Delgada.

The expedition was a success scientifically.  We got our sensor web in the water for the coming year: three moorings, 25 Argo floats, 18 surface drifters, three Wavegliders, three Seagliders, and a Lagrangian Mixed Layer Float. We completed a wide variety of shipboard deployments: 764 Underway CTD casts, 100 CTD/LADCP Stations, 30 Vertical Microstructure Profiles, 33 AUV missions, three Slocum glider turbulence missions, and a full suite of continuous measurements including ocean velocity profiles, thermosalinograph and meteorology/fluxes. We accomplished the objectives we had laid out for us – deploy the sensor web (week 1), do a control volume survey around the moorings (week 2), and map a mesoscale ocean feature (week 3). We were able to squeeze in some extras, like a 24-hour time series in the saltiest water and pick up a glider from the French expedition in August.

The expedition was a success for NASA and WHOI.  We even caught the attention of the International Space Station and had a great 30-minute chat with Commander Sunita Williams about research in sea and space and the strong connections between the space program and oceanography.

The expedition was a success in interagency cooperation. SPURS is led by NASA, but has enormously important contributions from NSF, NOAA, and the Office of Naval Research.  It takes a village to put on a good oceanographic process study!

I created a “SPURS Illustrated Campaign Summary” from our Knorr expedition. I will make it available to all of you as part of a future post. There will also be movies available from the Space Station call and from the expedition, which are still in the editing process.

Your questions and comments on SPURS are always welcome. Use the comments section of any of the posts and I will get the message. Your interest and curiosity provides directions for future blogs and helps me put into words some of the technical aspects of SPURS that may not be fully understood.

Thanks you all for again following along on our Knorr SPURS expedition. There is much more to come, so stay tuned!

This entry was posted on Monday, October 15th, 2012 at 10:49 am and is filed under Salinity Processes in the Upper Ocean Regional Study (SPURS). You can follow any responses to this entry through the RSS 2.0 feed. Both comments and pings are currently closed.

6 Responses to “SPURS Epilogue (The First)”