I am calling from the Bay Bridge in Maryland, on my way to Goddard after a long day at Wallops.  I’m almost there, after the final flight for the DBSAR on this campaign.  It’s been a very long, but a very good day.  The DBSAR worked beautifully, with no hiccups and no problems.  For us, everything went just as planned.

We left early this morning from Wallops, Virginia and first we flew the DBSAR in New Hampshire.  It was too cloudy to fly the lidar (SIMPL) there, so after we acquired our data, we continued to Howland.   We acquired data for the DBSAR over the flight lines we previously flew there.   And it was just perfect. 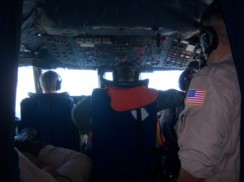 If you remember, when we flew over Howland early in this campaign, we had a problem with the RAID and we lost chunks of data there.   When I looked at that data, it looked like there might be a chance that some of the data might end up unreadable.  I think I can get it all, but I just am not sure.  Since we had a chance to do so, we decided it would be a good idea to go back over those lines and collect that data again.  Now we are absolutely sure we have excellent data over that area, and that’s really important to us.

We also flew over the boulder field today, like we wanted to do earlier, and I think the data from there is just what we needed.  We made 7 passes – we flew three lines and then the offset lines.  After that, the clouds began to form and we had to hurry to get the lidar their chance at their flight lines.  The data looks really good so far, and we’re happy with it.   It actually is a small field, and it’s surrounded by forest.  It’s an interesting location, and not like anything else we’ve sampled.

So we have completed everything we wanted to do from the DBSAR this campaign.  Despite all the troubles with the RAID, the earthquake, the hurricane, the tropical storm, the trouble with the aircraft and issues with permissions in Canada – despite it all, we accomplished our mission and we have acquired the data we’d hope for. 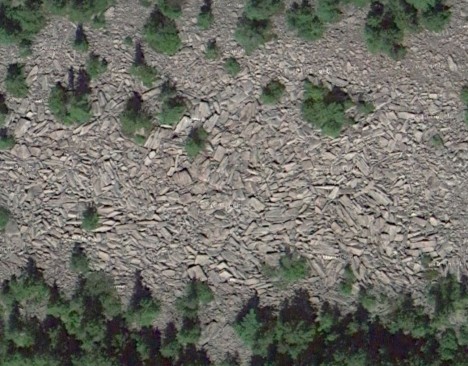 It’s a very good thing that we built in a whole extra week – a contingency week – in case we had trouble.   With a field campaign, it’s good to plan for the unexpected.  We had that room, and we were able to work around all the challenges.

Today is the last flight for the DBSAR on this campaign.  We have what we need, and there is no reason to take Monday to go back in the air.   CAR and SIMPL have three hours left of flight time, each, I believe, so they may fly on Monday to use all of their time.  They had cloudy conditions for some of the flights, so they still have a little they’d like to accomplish.  I’d expect them to fly one more time, if the weather cooperates.  We’ll know about that over the weekend.

When we landed tonight, I took a couple of hours to disconnect all of the cables that I could and worked to gather up everything I could to bring back with me tonight.  When the missions end on Monday, the aircraft must be gotten ready for a different campaign right away, and that means all of our equipment must be out of the plane without delay.  I don’t want to drive three hours back to Wallops on Monday, just to take my equipment home, and then drive three hours back.  So I stayed and took care of most of it tonight.  I left the big rack, but we’ll get that later.  I have the power supplies, data devices, computers and everything else I could carry in my car, now.

So now what happens?  Well, for DBSAR the flight is over, but now I have all of this data to work on.  That means a lot of time in the lab, working to analyze the data.  If it was just me working on this alone, it would probably take a full year, maybe more, to go through and analyze the data we collected from the DBSAR on this campaign.  Of course, we have other people to help, so if we distribute it among others, it will take a bit less time to finish all the work on the data. 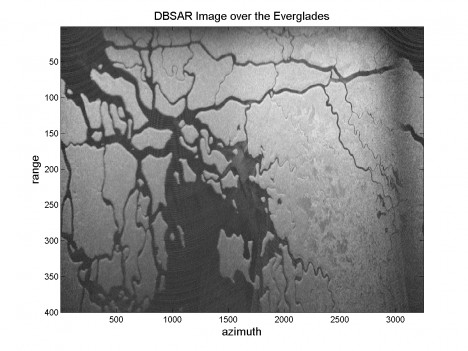 We’ll approach the analysis by prioritizing the data we want to study.  We’ll pick key places at each site, places we know well and have a lot of associated data for, and I’ll analyze those places first.  Then I’ll be able to see what we really have, and we can compare it to the other data.

By working only the key sites, I think it will still be two to three months before we get the first set done.  I’m really interested in taking a look at the Everglades sites, as well as the boulder field, so I know we’ll be looking at those pretty soon.   I’ll work on the DBSAR quick view of the Everglades right away, and hope I can send it to be used in this blog, so everyone can see it.

Today’s flight is the end of the campaign for DBSAR.  Despite all the hard work, long hours, and all the problems we encountered it is very rewarding to know that we were able to accomplish all our goals. I’m very glad with the way the DBSAR, SIMPL, CAR, and aircraft teams interacted, supporting each other, and working together towards a successful campaign.

Our next step is do great science with the data we acquired.  I have a computer full of excellent data, and will be getting to that work right away.

This entry was posted on Friday, September 16th, 2011 at 8:11 am and is filed under Eco3D: Exploring the Third Dimension of Forest Carbon. You can follow any responses to this entry through the RSS 2.0 feed. Both comments and pings are currently closed.

2 Responses to “Final Flight for DBSAR”