The Eco-3D campaign has been supported by many people, including scientists, engineers, flight crew, students, professors and others.   The biographies below are limited to members of the Ec0-3D Field and Aircraft Campaign 2011. 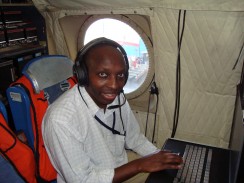 Dr. Gatebe works at Goddard Space Flight Center as a scientist and group lead with the Universities Space Research Association (USRA). He earned his Ph.D  from the University of the Witwatersrand, South Africa in 1999.  Currently he is interested in conducting elaborate experiments and developing new methods to define important surface and atmosphere radiative transfer functions, and improve remote sensing retrievals of aerosols, clouds and vegetation using laboratory, ground-based, airborne and satellite remote sensing. He’s also interested in conceiving and developing new instruments and technologies for making measurements in support of Earth science missions. 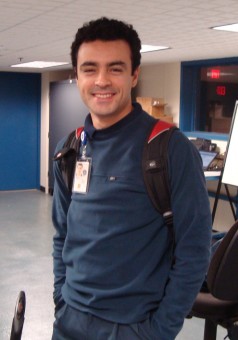 Dr. Roman is a Research Physical Scientist working at NASA Goddard Space Flight Center.  During the northern flights, he will be supporting satellite validations/ground measurements and coordination. 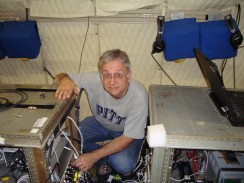 Dr. David Harding works as a Geophysicist in the Planetary Geodynamics Laboratory at NASA Goddard Spaceflight Center.  He conducts research in the measurement and analysis of neotectonic landforms, vegetation canopies and continental water storage and discharge, in particular by utilizing advanced airborne and space-based laser altimeter systems. He is principal investigator for a NASA Instrument Incubator Program project, and is working to develop an airborne instrument, the Swath Imaging Multi-polarization Photon-Counting Lidar (SIMPL), will demonstrate techniques enabling more capable spaceflight laser altimeters for future Earth science and planetary exploration missions. 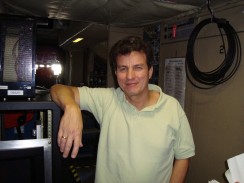 Rafael is a senior radar engineer at GSFC’s Microwave Instrument technology Branch. Dr. Rincon has been involved in the development of hardware and processing algorithms for the new generation of SAR systems. He is principle architect and systems engineer for the L-band Imaging Scatterometer and the Digital Beam Forming Synthetic Aperture Radar (DBSAR). 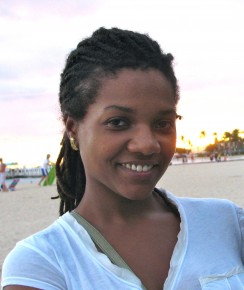 Dr. Fatoyinbo is an Environmental Scientist with a particular interest in 3D structure of forests. She received her PhD in Environmental Sciences at the University of Virginia in 2008 with a focus on mangrove forest ecology and remote sensing. She then started a NASA Postdoctoral Fellowship at the Caltech-Jet Propulsion laboratory in 2008 where she continued her research on the remote sensing of mangrove forests. In 2010 she moved back to the East Coast and began working as a research physical scientist at NASA GSFC. Lola is now involved in several science projects, including the DBSAR, the development of a new P-band radar called EcoSAR and the NASA Carbon Monitoring System biomass pilot. 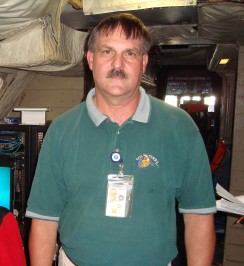 Dr. Ranson is an earth scientist specializing in radar and remote sensing.  He uses these tools for studying vegetation type and amount (biomass) in ecosystem research. He serves as the Head of NASA’s Goddard Space Flight Center’s Biospheric Sciences Branch in Greenbelt, Maryland. Under his guidance, the Branch is advancing the use of satellite technology to study the carbon cycle and ecosystem science. Dr. Ranson is the Principal Investigator of a project to utilize various types of satellite data for mapping forest type and biomass along the tundra-forest interface in the Arctic and served as the Terra Project Scientist for five years. 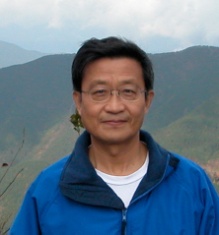 Dr. Sun is a research professor in the Department of Geography and Earth Science System Interdisciplinary Center, University of Maryland, College Park and is also affiliated with NASA GSFC’s Biospheric Sciences Branch.  He is an expert in satellite data processing and analysis, remote-sensing modeling, land-cover use change and Geographic Information Systems (GIS).  His specialty is developing and using remote-sensing models for forest canopies and sensor data fusion (combining lidar, radar and passive optical sensors).  Dr. Sun has contributed to several NASA projects dealing with land cover mapping in northeast China, as well as collaborated on NASA GSFC Siberian research projects, including a Shuttle Radar Topographic Mapping project in Siberia. 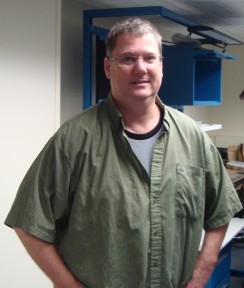 Kurt is an electrical engineer at NASA Goddard Space Flight Center in Greenbelt, Maryland.  In addition to supporting CAR, he developed a key part of the SIMPL electronics and helped solve problems on the installation of the equipment aboard the P3.

Susan is a Computer Engineer at the NASA Goddard Space Flight Center, working in the Science Data Processing Branch.  Since 2003 she has worked on various software components of Laser and Radar systems, including data systems, graphical user interfaces, instrument commanding and science data processing.  Her current work includes the development of the 16 channel LIST airborne instrument data system, the maintenance of the Slope Imaging Multi-polarization Photo-Counting LIDAR (SIMPL) data system, the development of science products for SIMPL, the processing of SIMPL’s science data, and the enhancement of the Dual Band Synthetic Radar (DBSAR) Graphical User Interface, as well as supporting the integration testing of this instrument.  She earned her B.S. from the University of Maryland, College Park. 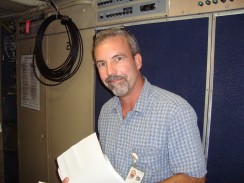 Martin is a senior radar engineer at NASA Goddard Space Flight Center in Greenbelt, Maryland, supporting radar and communication system and architecture development. Prior to joining NASA he worked on the regulation of radio systems for the Federal Communication Commission and developed radios systems for the Department of Defense.  He received a B.S.E.E. from Michigan State University in 1984 and an M.S.E.E from Johns Hopkins University in 1987. 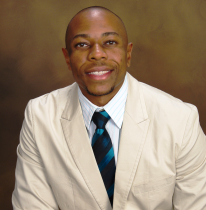 Dr. Bonds was born and raised in Montgomery Alabama.  He received the B.S. degree in Mathematics from Alabama State University in Montgomery Alabama in 2001 and the M.S. degree in Electrical Engineering in 2006 from The University of South Florida (USF) in Tampa Florida and went on to attain the Ph.D. from USF in 2010.  Dr. Bonds is currently a research electronics engineer in the Microwave Instruments and Technology Branch of the National Aeronautics and Space Administration (NASA) at the Goddard Space Flight Center (GSFC) in Greenbelt Maryland.   Of his most notable achievements, Mr. Bonds was the recipient of the 2010 IEEE WAMICONN Best Student Poster Award, 2009 FEF Carl Crawford Award, 2009 IEEE MTTS Fellowship for Medical Applications, 2008 USF College of Engineering Best Poster Award just to name a few. 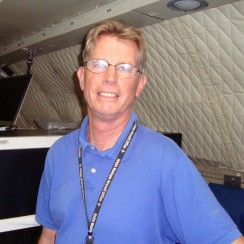 John works at Langley Research Center.  His job on this mission is to provide data about the plane’s location and the outside atmospheric condition, and take down-looking video of ground as the airplane passes over.  This video is time and date stamped, so it can be correlated with the data. 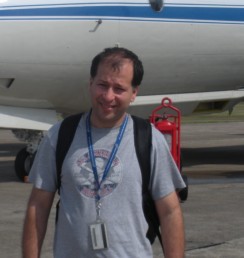 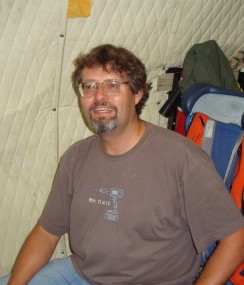 Brantley is the primary computer system administrator that supports the DBSAR Linux boxes.  She works on-base at GSFC and has supported Eco 3D in many ways.  During the flights, she providing support via telephone and email and working closely with the DBSAR team with the instrument problems.  She has been a system administrator (primarly Unix) at GSFC since 1997, first on the Hubble Space Telescope project and for the past 3 years as part of the team that supports AETD’s Software Engineering Division.

Dr. Ni works as an assistant research professor in Geography at the University of Maryland, College Park.  His research interests include measuring and modeling the radar backscatter of vegetated surfaces, the description of 3D forest structure using terrestrial/airborne/spaceborne laser scanners, and algorithm exploration for the mapping of forests for aboveground biomass at a regional scale. 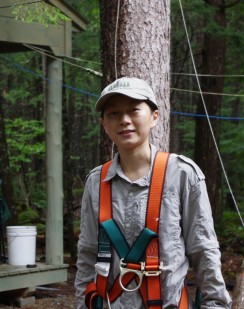 Wenli is a Ph.D. student from the University of Maryland, College Park majoring in Geography.  Her research interests are data fusion of airborne lidar and radar for the mapping of biomass.  The goal is to monitor and evaluate management effects on forest structure and the carbon cycle with ground measurements and remote sensing.  Before coming to the United States, she earned her M.S. in Cartography and Geographic Information System from Beijing Normal University in 2006, and her B.S. in Cartography from Wuhan University in 2002.

Feng is a third year graduate student in the department of Geography at the University of Maryland, College Park.  Her current work project is on North American Forest Dynamic (NAFD) and forest disturbance via satellite images.  She earned her B.S. from Beijing Forestry University majoring in water and soil conservation in 2009. 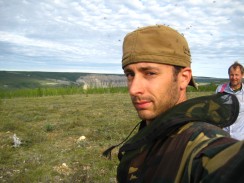 Paul is a researcher working in the Biospheric Sciences branch at NASA Goddard Space Flight Center and a Ph.D. student in the Department of Geography at the University of Maryland College Park.  He is interested in the combined application of active and passive remote sensing systems for mapping vegetation structure in ecological transition zones.

Dr. Joanne Howl received her D.V.M from the University of Tennessee College of Veterinary Medicine, Knoxville, Tennessee in 1987.  She has practiced clinical veterinary medicine, worked in veterinary emergency response and is a writer and editor in the pet health and science fields.  Currently she is employed as a Technical Writer for Sigma Space.  This is her fifth year blogging for the Earth Observatory in support of NASA field campaigns.

This entry was posted on Sunday, September 4th, 2011 at 10:17 pm and is filed under Eco3D: Exploring the Third Dimension of Forest Carbon. You can follow any responses to this entry through the RSS 2.0 feed. Both comments and pings are currently closed.

One Response to “Eco-3D Biographies”