Over the Sierras, Third Flight’s a Charm

Palmdale, Calif. – Well, it took three tries, but we finally collected excellent MABEL data over a forested area in the Sierras.

While we were flying the first attempt (3/28), the detector temperature kept drifting out of the acceptable thermal range. So MABEL would temporarily shut down to cool itself. The temperature for the detector has to be remain very close to 32
degrees, so we need to keep very close control over the temperature of the instrument. After landing, it was determined that the problem stemmed from the fact that MABEL’s cooling system had not been completely flushed. That was fixed for the next flight.

At some point during the second flight over the Sierras (3/29), MABEL’s GPS failed. We use the GPS signal for precise positioning, but we also use it for very precise time. GPS satellites broadcast very precise time (which is also exploited by seismologists). We use the GPS signal to measure the exact time between the laser firing and the detector receiving that signal. So without the GPS data, our laser data was pretty much worthless.

Instrument issues are common during deployments. The engineers associated with MABEL are quick to address them so that the week’s flight schedule stays intact. 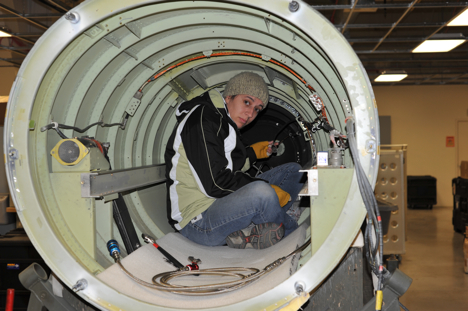 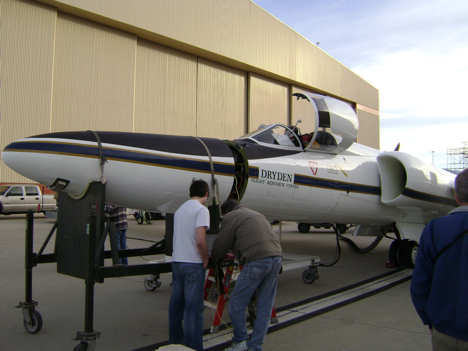 The third flight to the Sierras (3/30) was the clearest weather that MABEL had ever seen! It was what we had always been told was standard ‘southern California weather.’ And the flight itself went off without a hitch.

We are interested in a forest in the Sierras to assess MABEL’s ability to measure the top of the trees (the top of the tree canopy) and the ground beneath. These measurements give vegetation scientists an assessment of the biomass associated with these particular trees, which are evergreens. Later in the mission, we will try to collect similar data over Arkansas, or deciduous vegetation. Information from these flights will be incorporated into ICESat-2’s algorithms.

This entry was posted on Monday, April 4th, 2011 at 8:15 pm and is filed under MABEL: Spring 2011. You can follow any responses to this entry through the RSS 2.0 feed. Both comments and pings are currently closed.

2 Responses to “Over the Sierras, Third Flight’s a Charm”