We are not alone

First day on the field. I made it to McClellan airfield (with luggage lost of course). Off-course! So many things to do, trying to get my bearings and making sure I know who is who.

Guess what? I have a fellow blogger! Rahul Zaveri, the principal investigator of the mission, is posting regular updates on the Pacific Northwestern National Laboratory website. 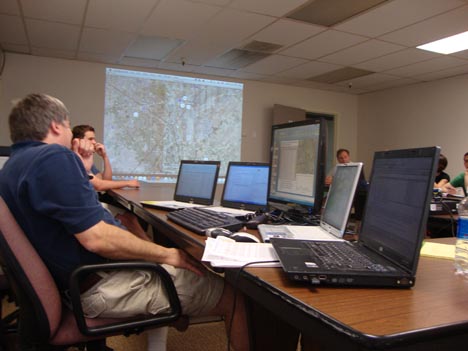 We must mention here that CARES is actually happening simultaneously to CalNex, a big effort involving the California Air Resources Board (CARB), the National Oceanic and Atmospheric Administration (NOAA) and the California Energy Commission (CEC).

Several aircraft and vessels at sea have been deployed since May over California and the Eastern Pacific coastal region, collecting data to study the relation between air quality and climate change. Lots of folks have been working around the clock during the last month. That part of the campaign staged Ontario, CA as a base camp and lots of aerosols were detected and monitored in Southern California.

On another note, I checked out the Biennial at the Whitney Museum in New York City’s Upper East Side last weekend. Huge noise on the second floor, and I followed it. It led me to Ari Marcopoulos‘ installation, a simple home-made video called “Detroit”. It carefully portrayed two kids creating all sort of bzzzzzz–waa-waa-ffoossshhhhh-skrrreeeeek sounds by gently whacking old transistor amps and skillfully acting on the knobs of guitar distortion pedals.

I’ll let you guess until a later post why bzzzzzz–waa-waa-ffoossshhhhh-skrrreeeeek reminded me of CARES. I can just see you sizzling with trepidation already…. 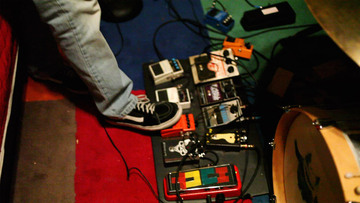 This entry was posted on Thursday, June 3rd, 2010 at 8:43 pm and is filed under Urban Aerosols: Who CARES?. You can follow any responses to this entry through the RSS 2.0 feed. Both comments and pings are currently closed.