The NASA FSG folks and the rest of the science crew on the US Repeat Hydrography P16S field campaign have experienced some weather delays, which can be expected when working the Southern Ocean close in time to the Southern Hemisphere winter.  They encountered 45-knot winds (~51 miles per hour) sitting on top of their planned sampling area at around 60 degrees South latitude.  For the safety of all they could not conduct science under those conditions. So they traveled ~200 miles north to escape the weather and then returned southward once the weather had settled.  Below you will see some freeze frame clips from the movie Joaquin Chaves captured showing the large swells and the dramatic gray skies of the Southern Ocean.  The movie was recorded through the porthole, safe inside the ship. 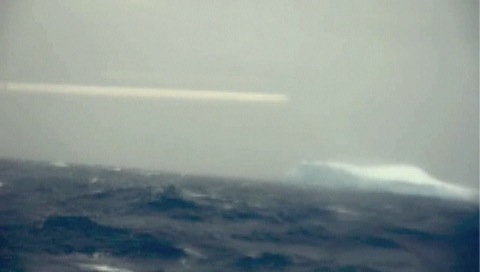 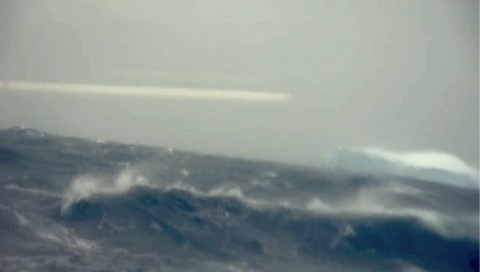 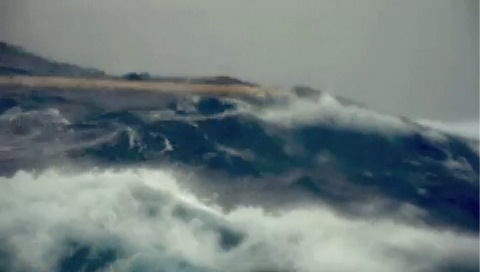 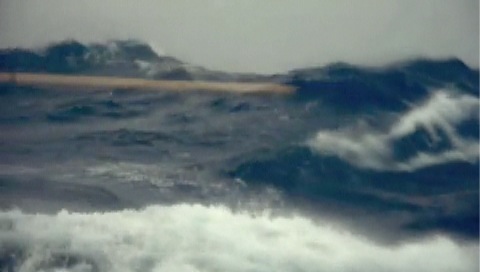 In spite of the rough weather, the FSG fellows have taken advantage of some calmer days to deploy a radiometer.  A radiometer measures apparent optical properties or AOPs.  You might recall from Blog #2 that we discussed Inherent Optical Properties or IOPS that characterize the absorption and scattering (reflecting) of light by dissolved and particulate materials in the water.  The measurement of IOPs can be done at any time day or night.  AOPs on the other hand must be measured during the daytime, preferable when there are clear skies and the sun is directly overhead.  AOPs describe how the light is entering and exiting the water column. Remember that sunlight contains a whole spectrum of colors that are determined by their wavelength.  We see what is called the “visible spectrum” like what is in the image below. 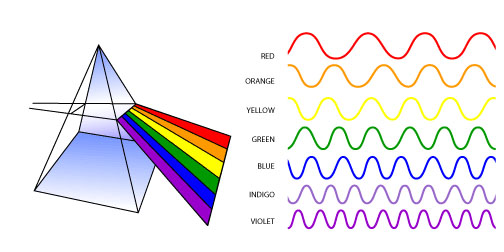 As the sunlight penetrates the water column, some of the light is absorbed, some is scattered (reflected) backward toward the sky and the rest is scattered forward into the depths of the ocean.  Water itself absorbs most of the red light, so we never really see a red ocean (unless there is something unusual in the water).

The character of the light that is reflected back out of the water can be different than what went in. More specifically, the wavelengths or colors that are reflected back out are the colors that were not absorbed or scattered forward.   Think about when you are at the beach, say Ocean City, MD or Rehoboth Beach, Delaware.  The water typically looks brown or green, right?  This is because particles, including both algae and sediment (and water), are absorbing all of the blue and red light, and the leftover colors of brown and green are reflected back out.  Conversely, for those of you who have seen blue water in places like the Caribbean or around Bermuda, the circumstances are different.  There are very few particles or phytoplankton in the water to absorb the blue light like in the coastal water.  Therefore, that blue color is reflected back out , which is why the water looks so blue and pretty.  A radiometer that the FSG is deploying on this field campaign measures the colors and amount of the light entering and exiting the water column.  The radiometer is hand deployed and, I can tell you, it’s a lot of work! 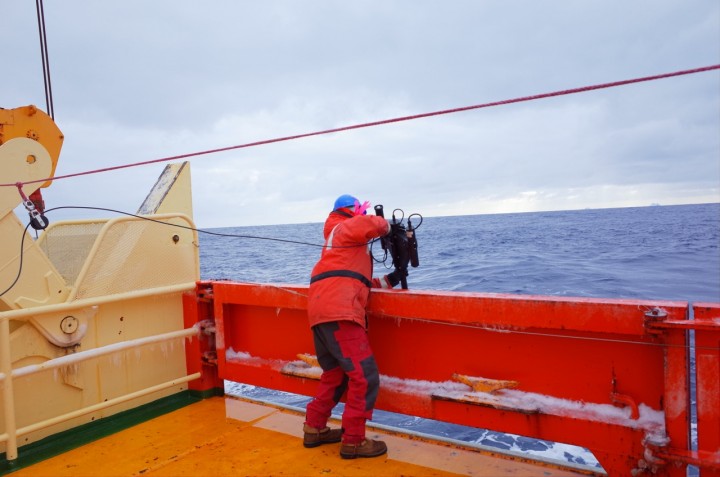 Dropping the radiometer into the water
Photo credit: Scott Freeman 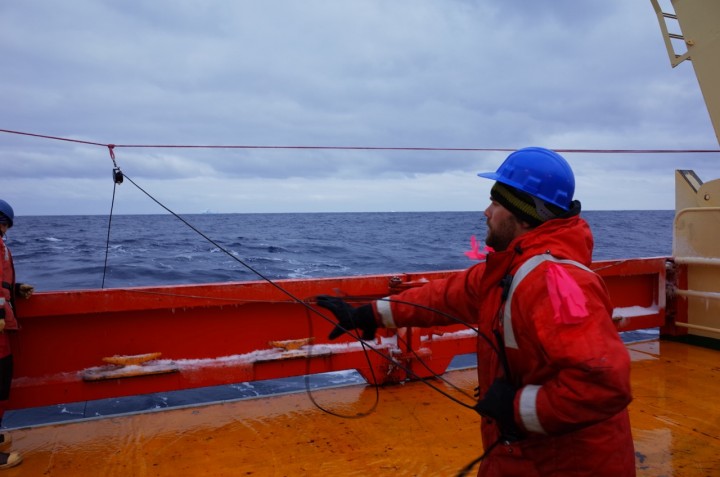 Mike pulling the radiometer back to the surface

Satellite instruments, such as SeaWiFS (no longer operational) and MODIS-Aqua (operational) measures this light just like the radiometer so that we can get beautiful images that you can see below. 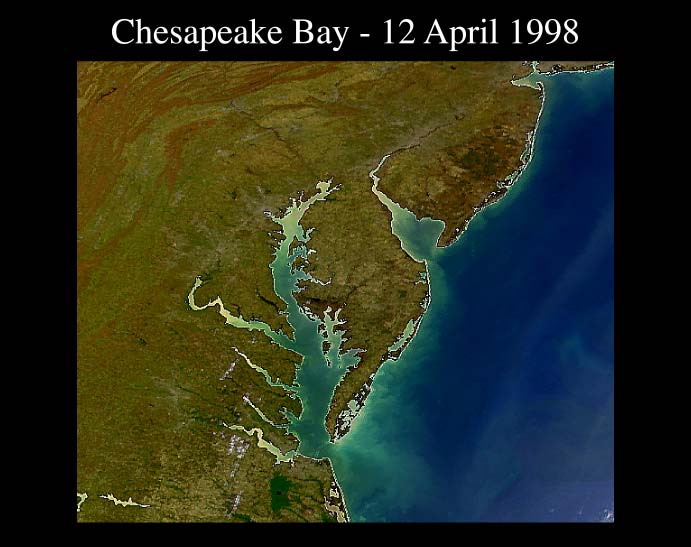 Our FSG fellas are working very hard during this field campaign.  But every now and then you need to have a little fun.  Mike Novak sent this picture of a snowman that was built on the bow of the ship.  I think the eyes, nose, and buttons are raisins.