After five days of cruising through open water, it was clear we had to change course and venture further north to find ice. The satellite imagery was showing ice above 76-77 degrees North (we were around 74 degrees North), and the ice edge didn’t seem to be drifting south at any real speed. After another few days voyage northwards, we thus finally found ourselves entering the Arctic sea ice pack. This wasn’t exactly a scene from the Titanic; the transition from water to ice was a gradual one, as the ice cover evolved from millimeters or centimeters of newly forming sea ice (nilas and grease ice), to thicker, consolidated ice floes (maybe a meter or two thick; 3.3 to 6.6 feet), which caused the ship to lurch and shake as it broke its way through. 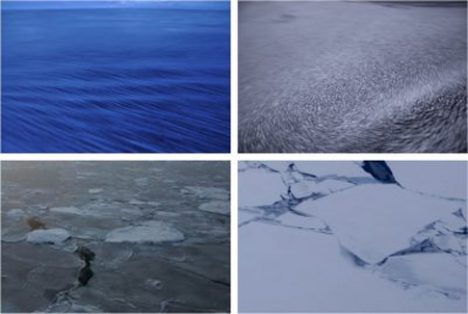 Once we were well within the ice pack, the Woods Hole team was keen to get out onto the ice and deploy some buoys. This would be my chance to get out on the ice too, as I was helping lead efforts to collect ice thickness measurements and ice cores, to better understand the characteristics (like salinity, density and age) of this year’s Beaufort Sea ice pack. The microbial and microplastic scientists were keen to join in and collect their own ice cores, too, enabling them to take a deeper look at what else might be hiding within the ice.

The Woods Hole team leader flew out with the helicopter pilot early the next morning to hunt for thick ice, and seemed to find an ice floe thick and stable enough for us to work on. I joined them on the first science flight out a few hours later to set out our survey lines and coring sites, before our cargo was carried over and the rest of the team members joined us. It was soon apparent that the ice wasn’t as thick as we had hoped.

I drilled a few quick holes and the readings all came in at around half a meter, just above what might be considered safe to work on. Our polar bear guard, Leo, wasn’t too happy with the conditions either and soon found a few good sized holes and cracks circling us. We were under strict orders not to stray from the group and to test the ice for stability as we moved ahead. I’ve previously used data from satellites, planes, and sophisticated computer simulations to estimate the thickness of Arctic sea ice. Yesterday, I estimated ice thickness by hitting it with a stick. 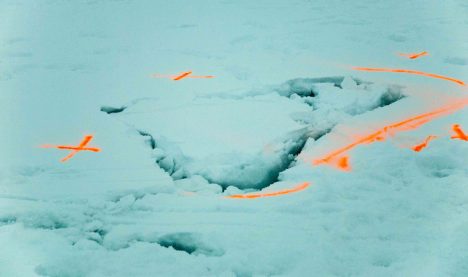 It wasn’t quite vertical limit, and the group rebuffed my idea of roping together for dramatic effect, but there were still a few hairy moments when the odd leg found its way through the ice. Despite the added element of danger, all operations completed successfully and we hitched a lift back to the ship later that afternoon with our ice cores in tow. The Woods Hole team was working until last light to get their buoys prepped and ready to drift off through the Arctic. It was a fun, adrenaline-filled day of science, but I’d prefer it if we could find some thicker ice to work on next time around.

More Motion In The Ocean 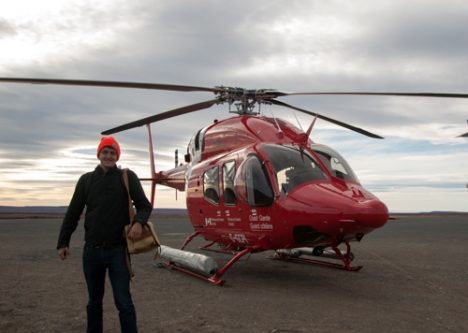 My journey up to the ship went smoothly and I even had time to observe the Northern Lights (Aurora Borealis) in full bloom during our overnight layover in Yellowknife (in the Northwest Territories of Canada). The following day, a Canadian Coast Guard helicopter transferred us from Kugluktuk airport onto the ship, and after another day spent refueling and replenishing the boat, we were finally on our way to the Arctic Ocean. 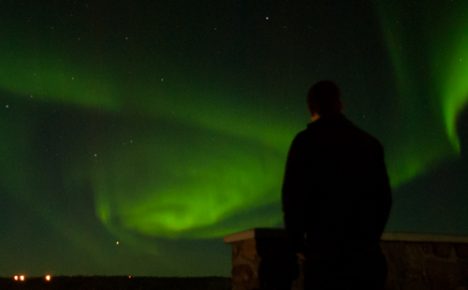 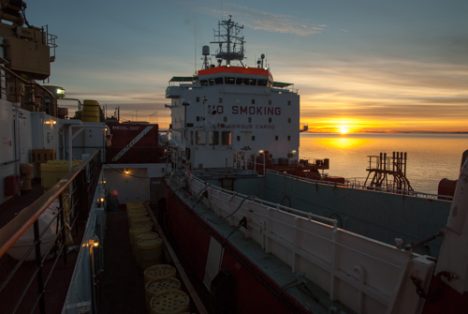 I actually spent the first two days of our polar expedition sat out on deck, enjoying the sunshine and views over the Amundsen Gulf. In the distance I could just about make out the mouth of the Mackenzie River delta – a key outflow of fresh and mineral rich river runoff into the Arctic. This shelf sea region is rich in wildlife, including beluga whales and even narwhals. We looked out eagerly, but only spotted a couple of lowly seals in the distance. Maybe on our way back we’ll have more joy.

On Saturday morning, we emerged into the Arctic Ocean proper —the Beaufort Sea! — where conditions were a bit less serene. In fact, one of the consequences of the diminished Arctic sea ice cover over the past decades has been an increase in Arctic Ocean waviness, as the lack of sea ice enables winds to more effectively whip up the ocean. Arguably one of the most distressing impacts of climate change for us unhardened scientists.

Despite the continued lack of sea ice, the water sampling exercises have begun in earnest. At each research station (a virtual station if you will, we just stop at a predetermined location in the ocean) a large metal carousel with various water samplers attached —a rosette, as we call it— is released, profiling the water column as it sinks to the bottom of the ocean, before being hauled back up to the ship for analysis. 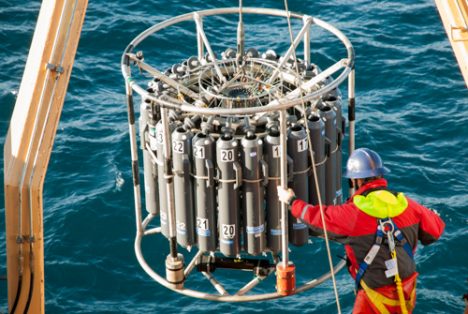 There are around 50 stations in total that we plan on hitting during this expedition. The various scientists on board all have their own things their looking for in the water —plankton, bacteria, alkalinity, dissolved inorganic/organic carbon, micro-plastics (yep, they make it to the Arctic Ocean too), etc. You name it, we’re sampling it.

One of my tasks, along with Japanese scientist Seita Hoshino, is to profile the water column in-between theses stations using XCTD (eXpendable Conductivity Temperature and Density) probes. XCTDs provide a quick and cheap (well, about $800 per probe, so not that cheap) real-time analysis of the temperature and salinity of the water column while the ship is moving. I’ll try and show you an example profile in a later blog post.

We’re hoping to hit some ice soon, as for us ice observers there’s not a whole lot for us to get really excited about yet. It’s quite the contrast to the cold, icy conditions of my 2014 expedition thus far… 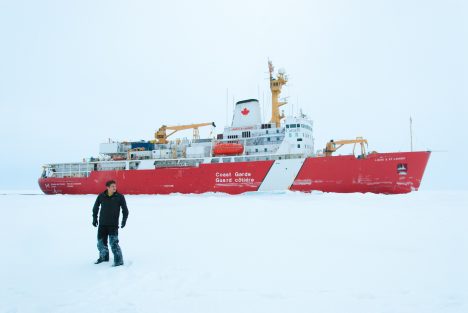 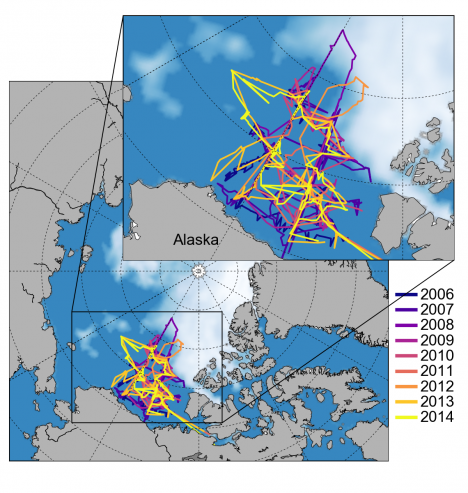