The ocean is wildly emotional,
often shifting within short periods of time.
Those emotions easily permeate into the psyche,
but they come and go.
A cloudless afternoon with gentle seas brings a soothing warmth,
an invitation for an embrace.
But the next morning brings howling winds that bites at my bones.
Following is a sea foaming at its waves, angrily lashing out,
driving me to seek some semblance of safety inside the ship. 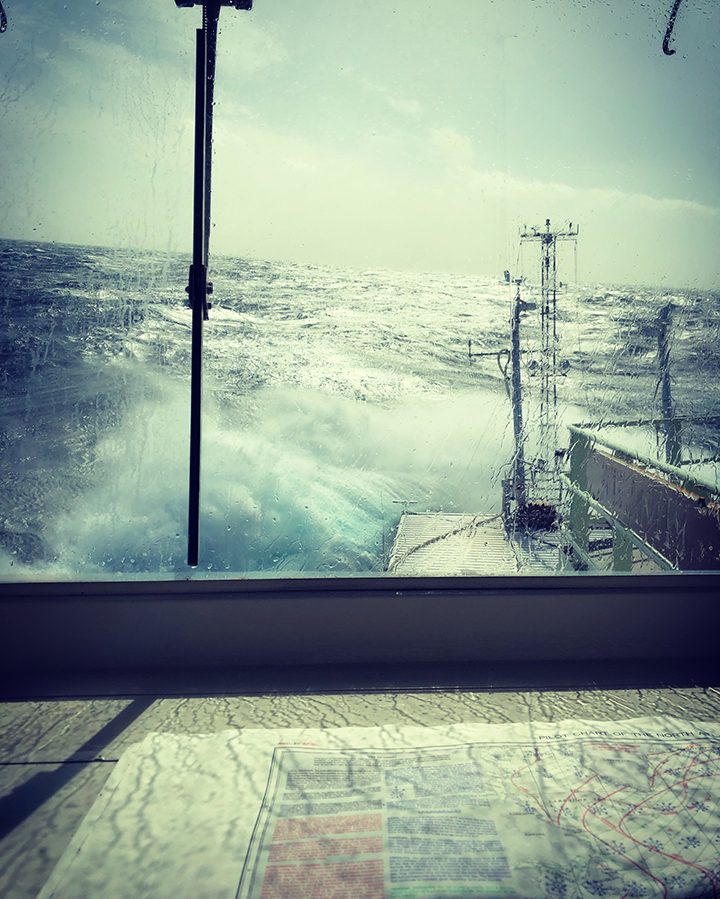 In that moment, I realize that what appears to be a large steel vessel
is actually a small thimble in a vast desert expanse.
I, those around me, and those at the helm,
are all subject to the passing moods of the ocean.
All that we can do is roll with it.

This can be challenging when the ground moves beneath us,
constantly nudging us off balance,
changing the trajectory of where we were planning on going,
on what we had planned on doing.
Now here’s this.
Wise not to become too attached to plans when voyaging the high seas.

When storms brew confused currents,
best to change course before getting caught.

Though forced to retreat to waters once visited,
this tack from intention may seem less than ideal,
but new opportunities are presented.

To piece the puzzle,
we collect hundreds of liters of water,
filter it, fix it, freeze it,
then repeat.
Again, again, and again.
This is the tedious effort that drives great strokes of progress,
as long as the ocean allows.

No matter how the ocean feels,
It’s always humbling
to see it,
to be in and on it,
to explore it,
to wonder about it.
To pay heed to its emotions is to respect it.
Only then do opportunities arise to learn from it. 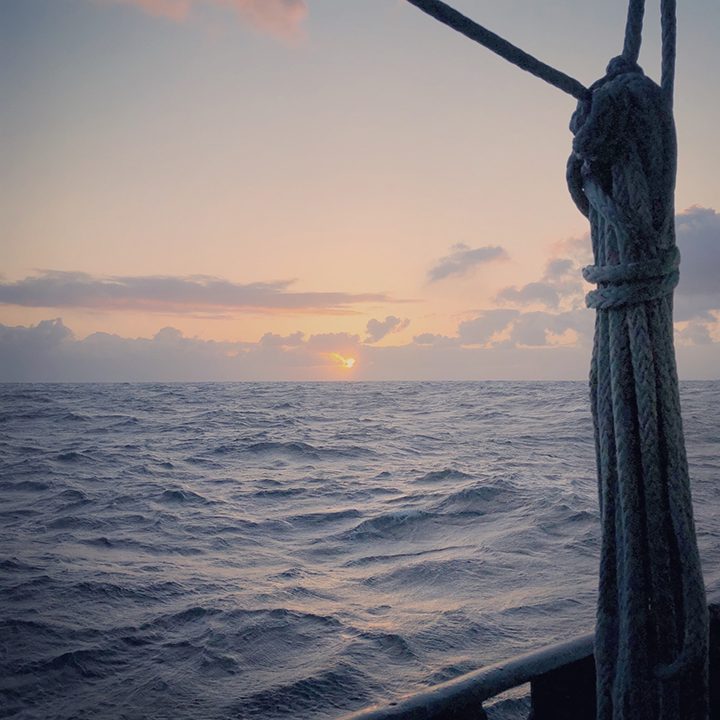 Sunset over the ocean, as viewed from the deck of the R/V Atlantis.

This entry was posted on Wednesday, May 16th, 2018 at 1:04 am and is filed under NAAMES (North Atlantic Aerosols and Marine Ecosystems Study). You can follow any responses to this entry through the RSS 2.0 feed. Both comments and pings are currently closed.