One of the issues that is never far from one’s thoughts on a ship is preparation for emergencies.  We are a long way from first responders or help of any kind. Therefore, crew and passengers (us scientists) need to be prepared to help ourselves and our mates. This blog is meant to reassure those ashore that your friends and family on Revelle are safety conscious and prepared for emergencies.

Revelle is a very safe and capable platform. It is outfitted with an enormous array of equipment whose sole purpose is to save lives and alert the world if we have any emergency aboard. On Revelle we have weekly drills to rehearse actions in case of the three most likely emergencies.  Those three things are fire, man-over-board, and abandonment of the ship. If we were in some other place in the world a fourth emergency would also be on our rehearsal agenda – piracy! Piracy is not a concern out here in the open Pacific Ocean, but in some areas of the world it would an urgent issue for crew and passenger training.

Life rings at the ready on the aft deck.

During drills we learn where to go for various alarms, what to bring, and what we (passenger scientists) might be expected to do for that particular emergency. In case of fire, the crew is highly trained and the science party would likely be moved out-of-the-way to a safe spot. However, we do need to know how to raise the fire alarm and the different kinds of fire extinguishers available. Obviously initial action can be critical to stopping a small situation from becoming a major crisis. In case of man-over-board, someone must alert the bridge immediately, keep eyes on the person in the water, and begin getting floating objects into the water (kind of trail of breadcrumbs that can lead the ship back to the person). In case we are called to abandon ship, everyone needs to know how to launch a life raft (we have plenty!) and be familiar with the communications equipment available in the rafts. 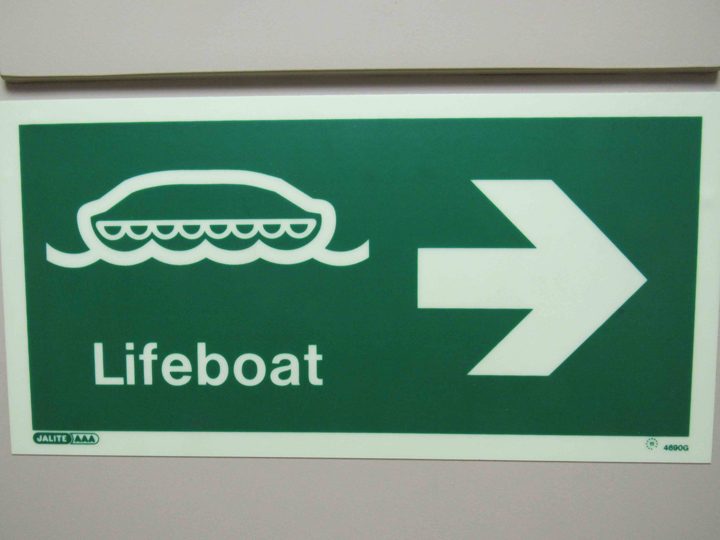 It is not hard to find a life raft should we need one.

Another issue entirely, and more of a daily concern, is working safely on deck at sea. Oceanography often involves movement of heavy equipment on a platform that may be rocking and rolling and slippery with rain or sea water. Common sense safety requires everyone to be outfitted with a floatation vest and a hard hat during deck operations. It is also common sense to take precautions at night NOT to work alone. 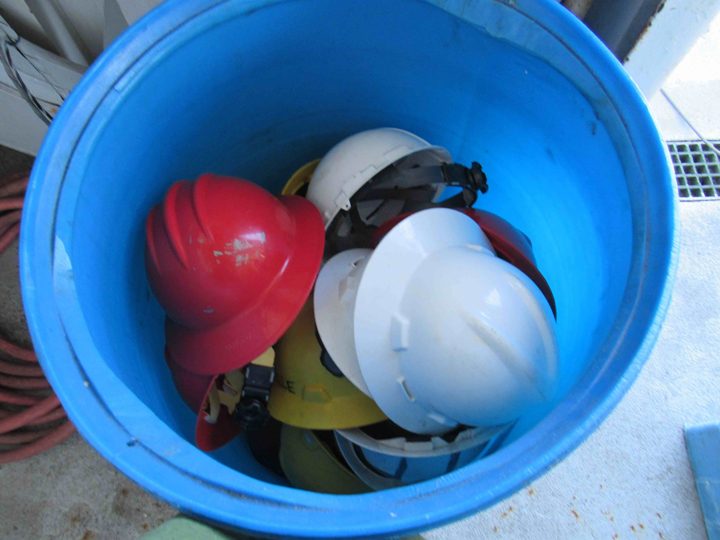 A bin of hard hats ready for a hardworking scientist.

Finally, there is the issue of how our personal safety impacts all aboard. We are in a confined space so illness can spread fast.  That means that we must all pay attention to the public health, such as hand washing and reporting health issues. One must pay careful attention to the hazards one may create in our work spaces. The illness or injury of one person potentially impacts everyone’s projects and the overall expedition. So, overall, there is a increased awareness and devotion to safety when at sea.

I don’t think anyone on the home front should worry about us. All of us are looking out for one another and the crew of Revelle has an awesome commitment to safety and functioning of the ship. 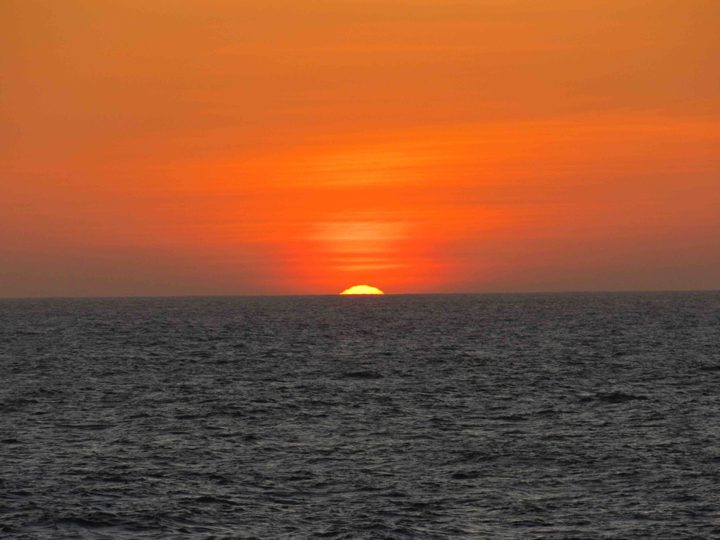 This entry was posted on Friday, October 20th, 2017 at 9:10 am and is filed under Salinity Processes in the Upper Ocean Regional Study (SPURS). You can follow any responses to this entry through the RSS 2.0 feed. Both comments and pings are currently closed.