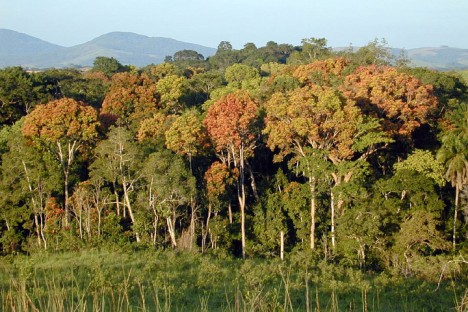 Gabon is home to one of the most pristine rainforests on the planet—devoid of people and intact in most places, while rich in animals and plants. The Gabonese forests are representative of the Congolian tropical forests, altogether the second largest rainforest in the world after the Amazon. This makes the small Central African country the ideal field site for AfriSAR, a campaign to test technologies that will lead to future space missions to measure forests from space.

During two weeks in February and March 2016, NASA will collaborate with space agencies in Gabon and Europe to collect measurements of plant mass, distribution of trees, shrubs and ground cover, as well as diversity of plant and animal species—not only from Gabon’s rainforest but also from the country’s wetlands, mangrove forests, and savanna. The data, gathered through airborne radar and laser instruments, as well as from ground teams, will improve our understanding of the role of forests in the carbon cycle. Scientists now think that the world’s forests absorb about a quarter of all the carbon dioxide we put in the atmosphere through the burning of fossil fuels, but to confirm this they need better studies of forest structure and biomass.

To learn more about AfriSAR, read our release and watch the video here.

This entry was posted on Monday, March 7th, 2016 at 4:55 pm and is filed under AfriSAR in Gabon 2016. You can follow any responses to this entry through the RSS 2.0 feed. Both comments and pings are currently closed.