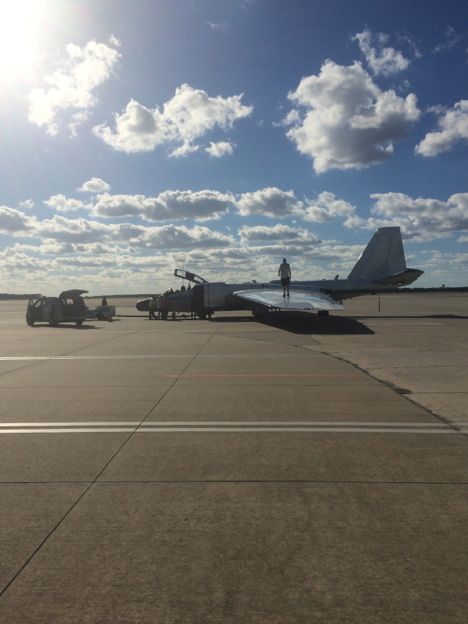 The WB-57 crews and pilots prepare for take-off from MacDill Air Force Base on October 16, 2014

Today was another interesting day here at MacDill. Our WB-57 took off around 11:16 EDT for Hurricane Gonzalo. During the science flight, Gonzalo’s maximum sustained winds were 145 mph as it continued on its track towards Bermuda. During the ~6 hour mission we were able to cross over the eye three times.

Based on satellite imagery, it looks like the flight planners did a good job at nailing the eye crossings. The team here spends a lot of time planning out coordinates in advance in order to create flight tracks that will give us the best view of the storm. It’s not as simple as just forecasting the center position of the hurricane because we also have to consider the other parts of the hurricane environment that we want to study. All the instrument teams have preferences for the types of data they want to get, but in the end we need to compromise and find a track that works for everyone.  Today’s track put us in a good position to look at the inner core of the storm as well as upper level outflow. We cannot wait to get a look at the processed data to see how well the flight track worked out. 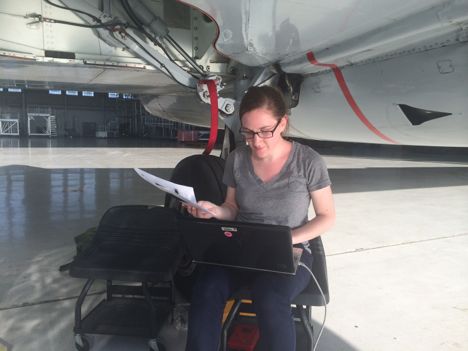 Sitting under the WB-57, I hide from the hot Florida sun and download HIRad data from today’s flight.

The plan for tomorrow is to get one last flight over Hurricane Gonzalo, but we’ll have to get an early start, taking off at 7am, in order to make the most out of the WB-57’s range. Due to range limitations, we will probably only get two passes over the eye this time, but it’s better than nothing. After tomorrow’s flight, the researchers will head back to their respective homes until we find a new suitable target to fly over. 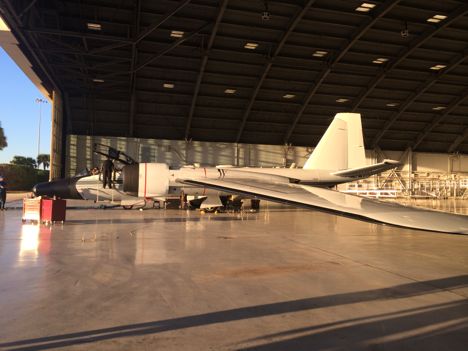 After a second successful flight over Hurricane Gonzalo, crews prepare the WB-57 for the next flight from MacDill Air Force Base.

This entry was posted on Thursday, October 16th, 2014 at 10:09 pm and is filed under Hurricane and Severe Storm Sentinel (HS3) 2014. You can follow any responses to this entry through the RSS 2.0 feed. Both comments and pings are currently closed.