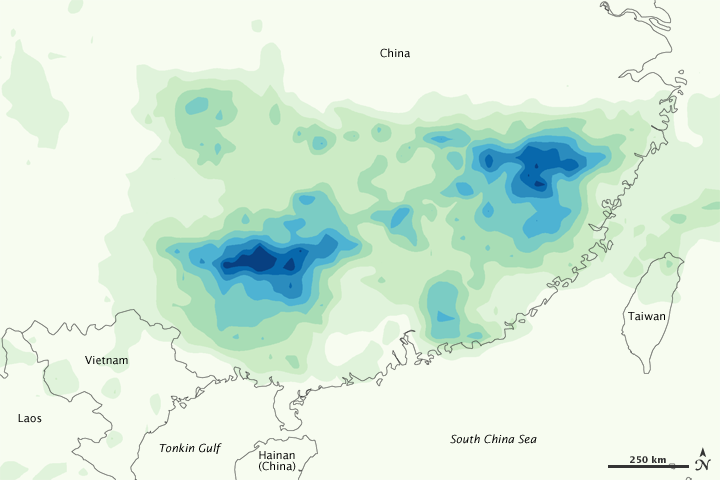 By late June, flooding had killed at least 379 people and forced some 100,000 more from their homes in southern China, according to news reports. Flooding is an annual event along the Yangtze River, but Chinese state media likened the 2010 summer flooding to especially devastating inundations in 1998, which ultimately caused at least 3,700 casualties and left 15 million residents temporarily homeless.

This color-coded image shows rainfall amounts from June 15–21, 2010. The lightest rainfall amounts appear in pale green, and the heaviest amounts appear in dark blue. Pockets of very heavy rain—600 or more millimeters (24 or more inches)—occur roughly 250 kilometers inland, near Taiwan in the east and the Vietnam border in the southwest. Relatively heavy rain extends the length of southern China’s coast.