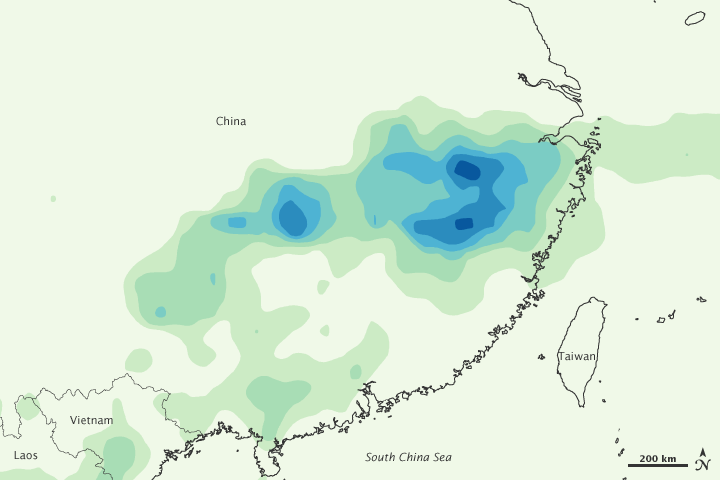 Torrential rains inundated 12 provinces in central and southern China in early June 2011, according to Xinhua News. By June 8, floods had affected an estimated 4.81 million people. On June 12, 2011, Voice of America reported that the death toll in China had risen to 94, and at least 78 people were missing.

On June 12, Xinhua News reported that more heavy rain was forecast for the next day. Voice of America reported that severe weather had already destroyed nearly 500,000 hectares (1.2 million acres) of crops.