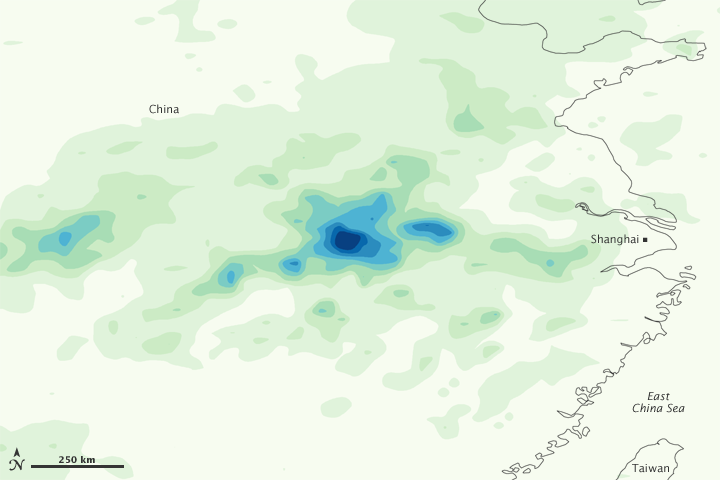 Summer monsoons affect China each summer, but by late July 2010, the annual floods were shaping up to be particularly difficult. News reports described the floods, which began in May and continued into late July, as the worst in over a decade. More than 700 people had perished and millions more had been displaced. In late July, the Los Angeles Times reported that floods and landslides affected more than half of China’s provinces.

This color-coded image shows rainfall amounts around the city of Shanghai from July 15 to 21, 2010. The heaviest rainfall amounts—400 millimeters or nearly 16 inches—appear in dark blue. The lightest amounts—50 millimeters or less than 2 inches—appear in light green. Although not as heavy as rainfall recorded earlier in the month, rainfall is still substantial in this image. Two areas of especially heavy precipitation occur west of Shanghai.