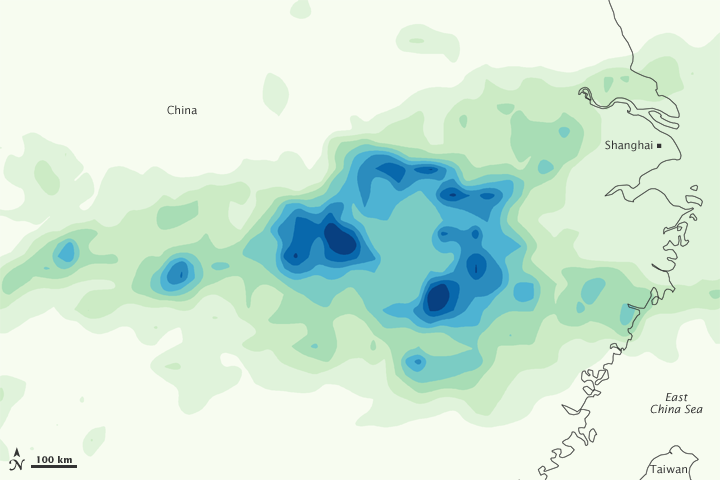 Heavy rains had already pushed many lakes and rivers in the Yangtze Valley close to flooding by early July 2010, and rain kept falling. Global Times reported that 39 people had drowned along the Yangtze between July 8 and 13, and some 810,000 hectares of cropland had been destroyed.

The heaviest rainfall amounts occur west-southwest of Shanghai. The Yangtze River empties into the ocean just north of Shanghai, but the river’s route takes it through an area southwest of the city, including the area experiencing heavy rain.