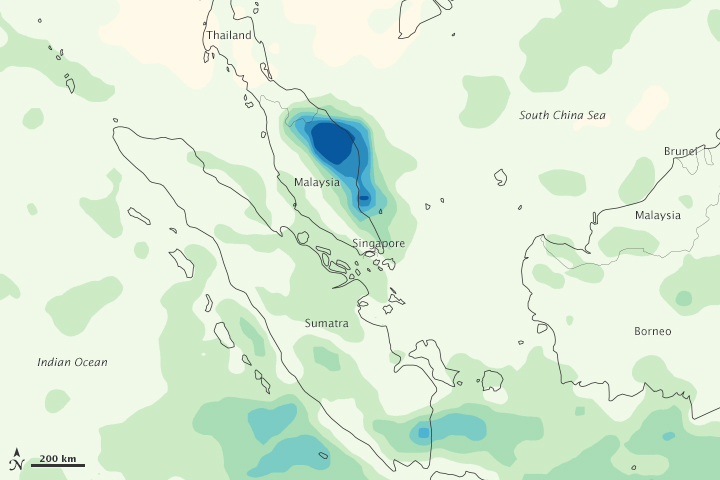 Heavy rains caused flooding in Malaysia in December 2012 and January 2013. By December 26, heavy rains had forced thousands of residents to evacuate, Global Post reported, with severe floods in Terengganu, Pahang, and Kelantan.

This color-coded image shows rainfall amounts over Malaysia, Indonesia, and the Philippines January 24–30, 2011.