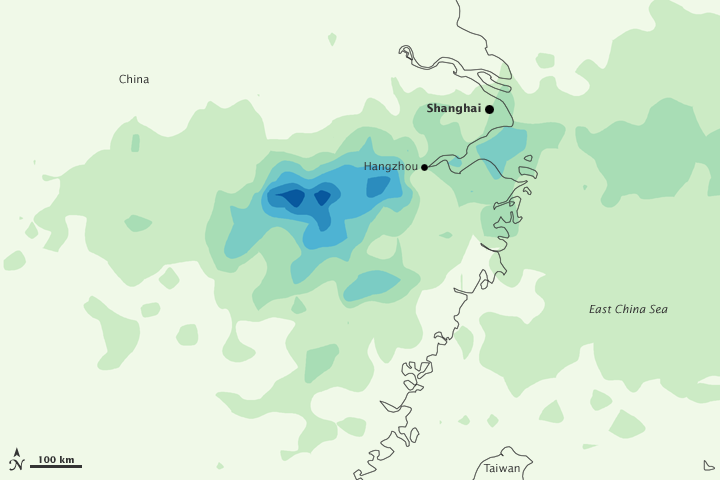 This color-coded image shows rainfall amounts in the vicinity of Shanghai, Taiwan, and the East China Sea from May 19 to 25, 2010. The heaviest amounts of precipitation—300 or more millimeters (11.8 or more inches)—appear in dark blue. The lightest amounts of rain—less than 50 millimeters (2 inches)—appear in pale green. The heaviest rainfall is concentrated west-southwest of the city of Hangzhou, but a broad band of precipitation extends from the East China Sea hundreds of kilometers inland.