Fog Down in the Valley 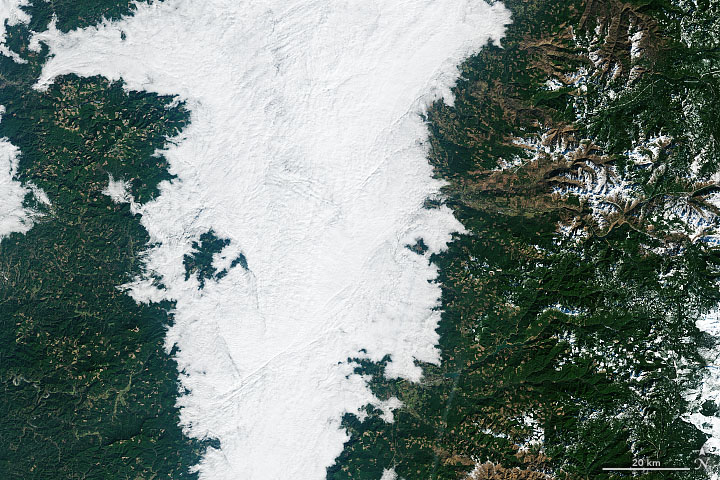 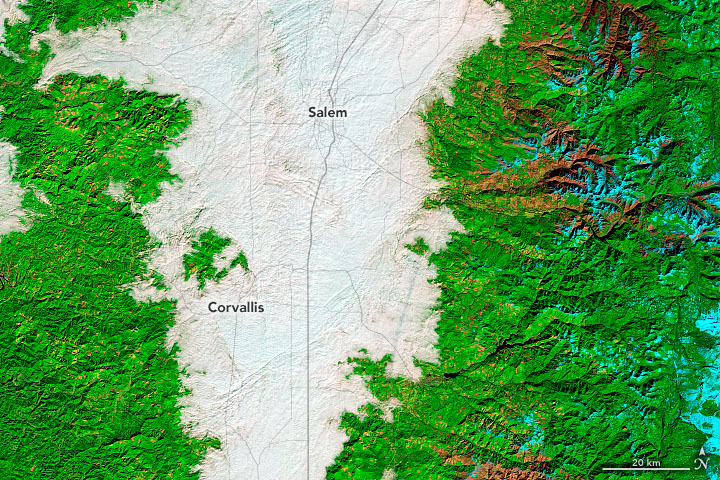 The Willamette Valley in Oregon is rich with farms and orchards, home to 70 percent of the state’s population, and dotted with more than 500 wineries. But all of that can disappear under a blanket of white when the valley fills in with fog, as it has several times in recent weeks.

Fog is common in the region in the autumn and winter, as moist Pacific air moves inland, cools, and sinks into the vast valley between the Cascade Mountains and the Oregon Coast Range. As that air gives up its heat to the upper atmosphere, the layer near the surface becomes saturated and essentially forms clouds at ground level.

Such fog has been locked in the Willamette Valley for several long stretches in January and February 2022 due to temperature inversions, where warm air high in the atmosphere moved in over the cooler, denser air in the lowlands. Normally, temperatures are warmer at the land surface, cooling higher up in the sky. This allows for most of the rising air and pollutants to continue to disperse out into the atmosphere. But an inversion acts like an atmospheric “lid” that can trap moisture and air pollution in a valley for days.

On February 10, 2022, the Operational Land Imager-2 (OLI-2) on Landsat 9 acquired these natural- and false-color views of thick fog in the Willamette Valley. The false-color image was composed from shortwave infrared, near-infrared, and red light (OLI-2 bands 6-5-4). Scientists turn to these wavelengths to distinguish clouds (white and pink) from snow and ice (cyan).

Oregon has already seen at least three extended periods of valley fog in 2022, as observed by the Moderate Resolution Imaging Spectroradiometer (MODIS) on NASA’s Terra satellite from February 8-12, January 22-29, and January 14-17.

Fog is essentially a low-lying cloud composed of tiny water droplets suspended in the air. As nights lengthen with the season, the atmosphere has more time to cool down and approach the dew point—the temperature at which the air becomes saturated and water vapor condenses into fog. Since cold, moist air is denser than warm air, it sinks and drains into valleys, meaning fog develops there first. Many valleys like the Willamette also have rivers and streams that amplify the fog with a ready supply of moisture.

Fog can pose serious risks for drivers. Fog-related traffic accidents typically cause more deaths in the United States each year than other high-profile weather events like heat waves, tornadoes, and floods, according to data from the National Weather Service and the Federal Highway Administration. The foggiest parts of the United States, including Oregon, see dense fog at least 40 days per year.

Oregon’s Willamette Valley had endured several long stretches of thick fog in January and February 2022 due to temperature inversions. 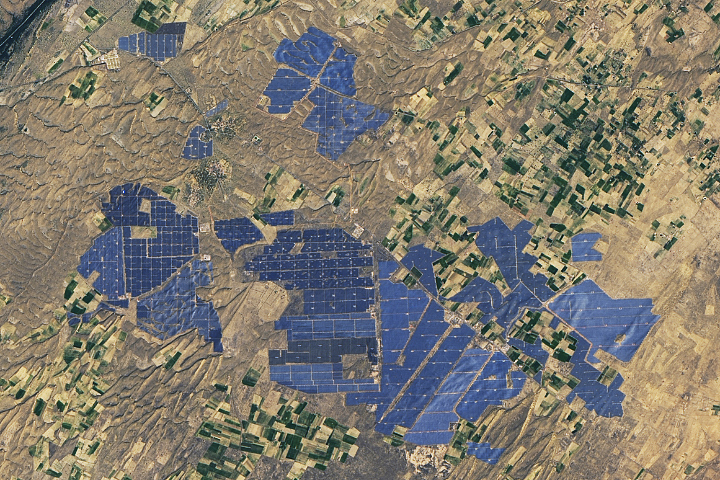 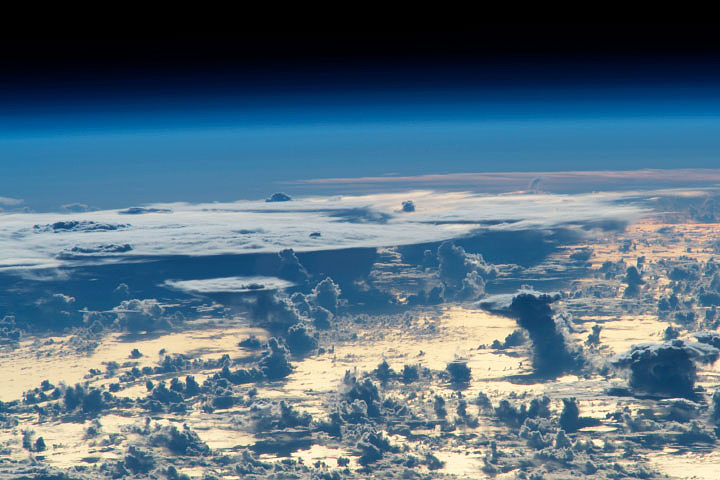