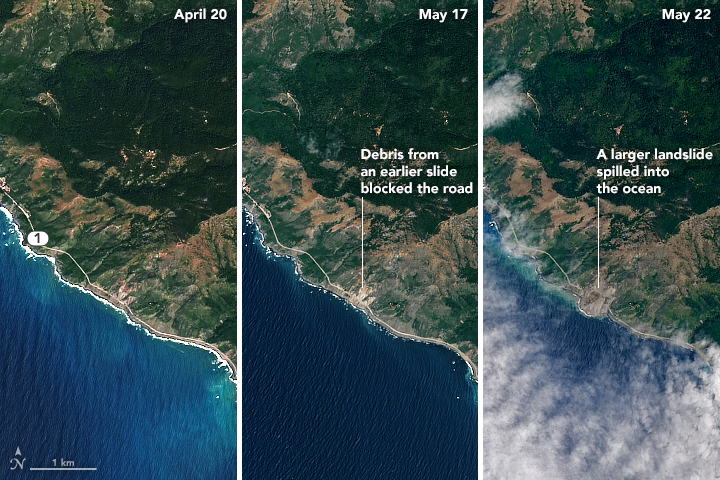 A large landslide has strewn debris over a stretch of California’s Highway 1. On the night of May 20, 2017, more than a million tons of rocks and dirt spilled over the roadway, according to the California Department of Transportation.

The Operational Land Imager (OLI) on Landsat 8, acquired images of the area on April 20 and May 22, 2017. The center image, acquired by a multispectral imager on the European Space Agency’s Sentinel-2 satellite, shows the same location as it appeared after a previous, smaller landslide this spring.

“This is a large slide preceded by smaller slides, which is not uncommon,” said Thomas Stanley, a geologist and researcher for NASA, in an email. “Much of the California coastline is prone to collapse, so it’s fortunate that this landslide happened in an unpopulated location.” In 2015, the Monterey County Environmental Resource Policy Department rated parts of the nearby coast as highly susceptible to landslides.

The latest landslide covered roughly one-third of a mile of the scenic route in 35 to 40 feet (10 to 12 meters) of rubble. The highway will remain closed for the foreseeable future, according to Caltrans. 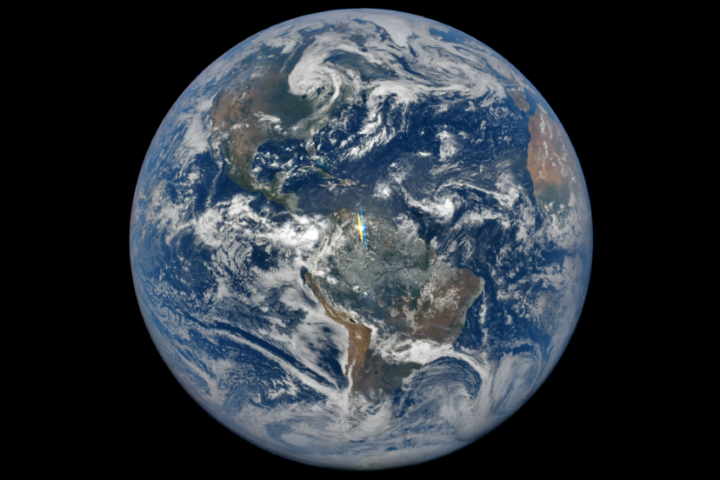