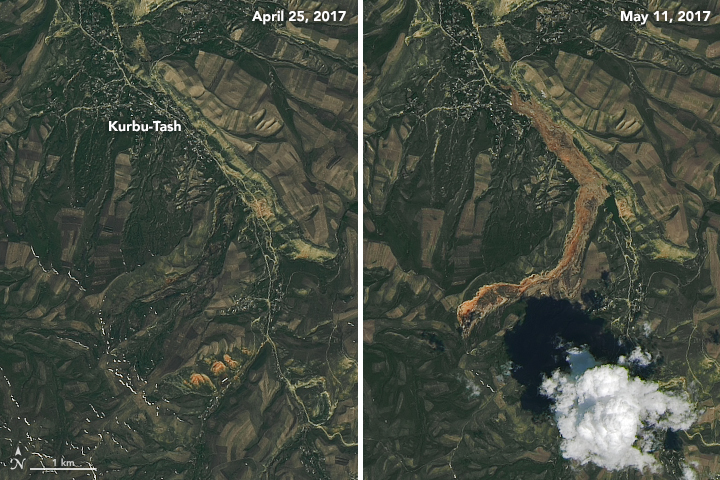 In April 2017, a hillside saturated by melting snow and rainfall collapsed near the village of Kurbu-Tash in southern Kyrgyzstan. Over the following weeks, a slow-moving river of fine-grained soil flowed down a valley and engulfed dozens of homes.

On May 11, 2017, the Operational Land Imager (OLI) on the Landsat 8 satellite captured an image (right) of the landslide deposit. Freshly exposed soil is tan. For comparison, the image on the left shows the same area on April 25, 2017. The landslide transported 2.8 million cubic meters (99 million cubic feet) of soil, according to Kyrgyzstan’s Ministry of Emergency Situations.

People living in the foothills of the Tien Shan mountains in southern Kyrgyzstan face an unusually high risk of landslides. Several factors contribute to the elevated risk, including the presence of active faults, steep terrain, and the presence of landslide-prone soil types. Loess, for instance, is involved in many landslides in this region because the fine-grained soil becomes quite unstable when saturated with water. Heavy bouts of rain, the melting of snow, and small earthquakes often trigger slides. The risk is particularly high in the spring, when heavy rainfall is most likely. Since the area is densely populated, landslides take lives and destroy many homes each year.

“In the large version of the image, there are several scars from previous landslides both near Kurbu-Tash and throughout the area,” noted Thomas Stanley, a scientist at NASA Goddard Space Flight Center. “Look for hillsides that look like somebody has used an ice cream scoop to scrape part of them away.”

To learn more about landslides, see this global map of landslide susceptibility. 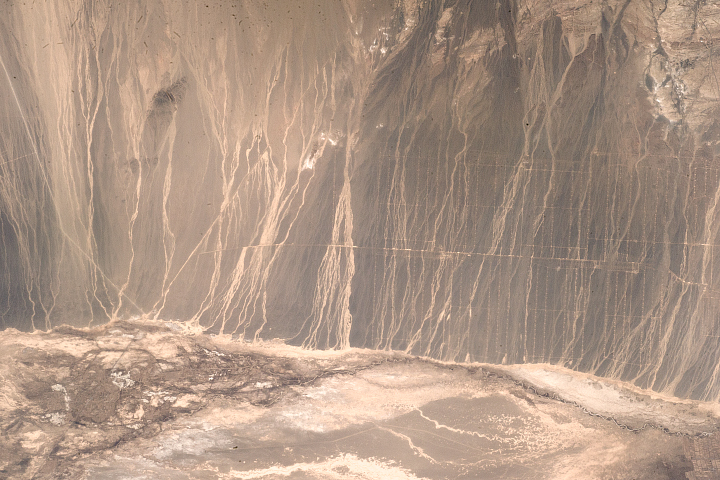 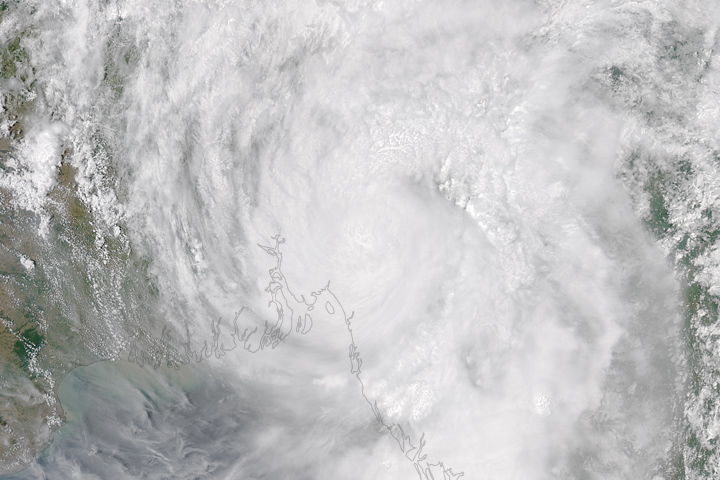